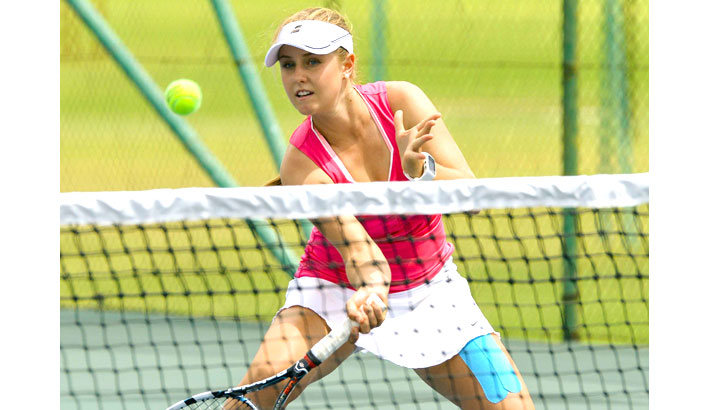 The talented Barnard twins have been selected alongside juniors Carmen Fichardt and Lara van der Merwe to represent South Africa at the African Junior Championships (AJC) in Tunisia from 10 to 22 March 2015.

Tennis SA announced today that Lee Barnard & Zani Barnard will represent South Africa in the Girls Under-Sixteen division, while Fichardt and Van der Merwe have been named in the Under-14 category.

The team qualified by winning the Southern African Junior Championships held in Botswana from 9 to 18 January, 2015 where Team South African junior players won ten and nine titles in the first tournament and second tournaments respectively.

“We were very impressed with the nearly clean sweep of titles at the Southern African Junior Championships and that has made us one of the big contenders for the African Championship crown” said Leon Freimond, Tennis South Africa High Performance Manager.

Team South Africa to the 2015 African Junior Championships (AJC) from 10 to 22 March in Tunisia:

Photo 1 caption: The twins Lee (pictured) and Zani Barnard have been selected alongside juniors Carmen Fichardt and Lara van der Merwe to represent South Africa at the African Junior Championships in Tunisia. Barnard is pictured on her way to beating top seed and twin sister Zani Barnard 6-7 (4) 6-2 6-1 in the finals of the NWU PUKKE/ITF 1, on Friday 27 February, 2015. Photo: Eugene Le Roux