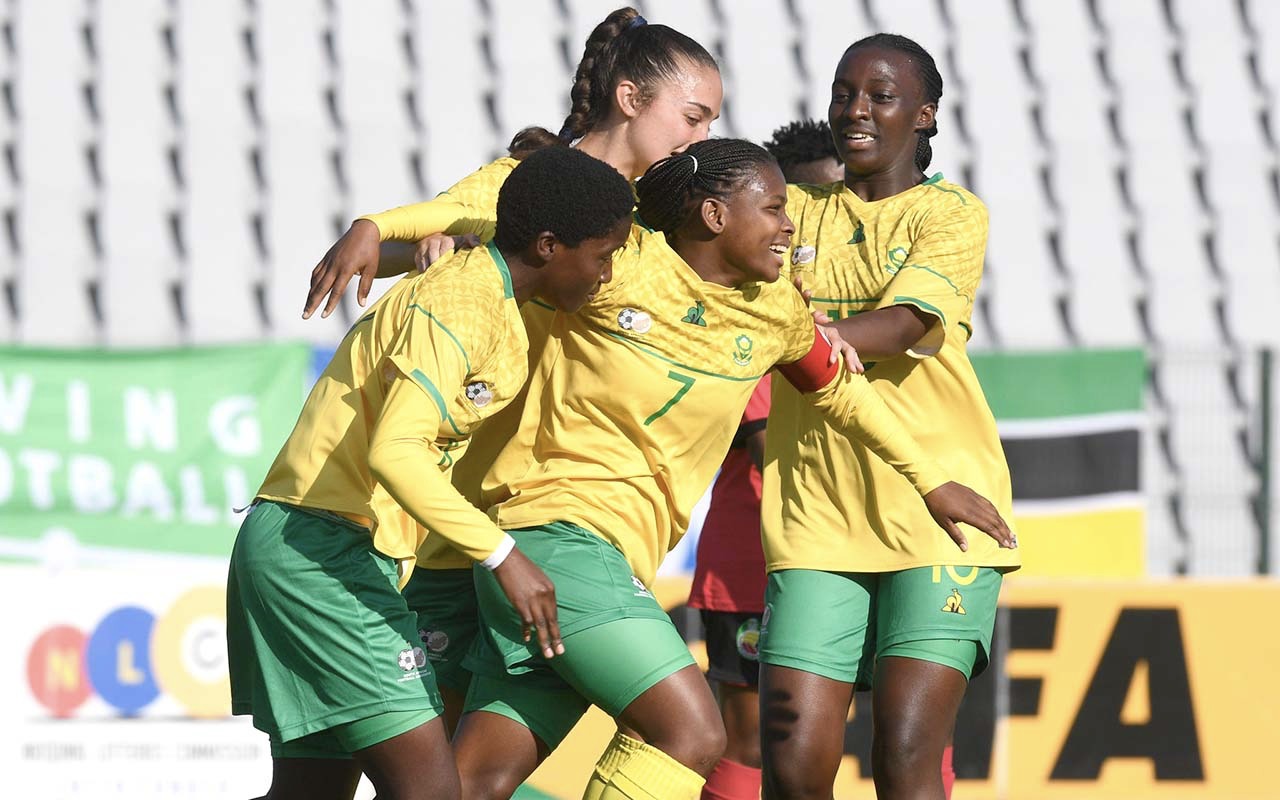 South Africa’s U20 Basetsana team advanced to the third round of the 2022 FIFA U20 Women’s World Cup qualifiers, beating Mozambique 3-2 at Dobsonville Stadium on Friday, 8 October 2021.

Basetsana went into the match with a 1-0 lead after their close win in the first leg of the qualifiers in Maputo, Mozambique.

Asanda Hadede was the leading goalscorer of the day, having scored a hattrick.

Hadebe put Basetsana in the lead in the 13th minute off an assist from Zethembiso Vilakazi.

Mozambique were left to chase the game but soon caught up in the 17th minute when Elsa Mulingandale scored the equaliser.

Hadabe made a return to the 18-yard box with her partner in crime Vilakazi to score yet another goal in the 29th minute to put Basetsana back in the lead.

The two Southern African sides left the field at the 30-minute break with a 2-2 tie after Mozambique equalised yet again just before the halftime whistle.

It was Hadebe’s scintillating hattrick goal in the second half that put South Africa back in the lead and a ticket to the third round where they will face East African side, Uganda.

Photo 1 Caption: Basetsana beat Mozambique 3-2 to progress through to the third round of the FIFA U20 World Cup Qualifiers, at Dobsonville Stadium on Friday, 8 October 2021. Photo: SAFA (Twitter)