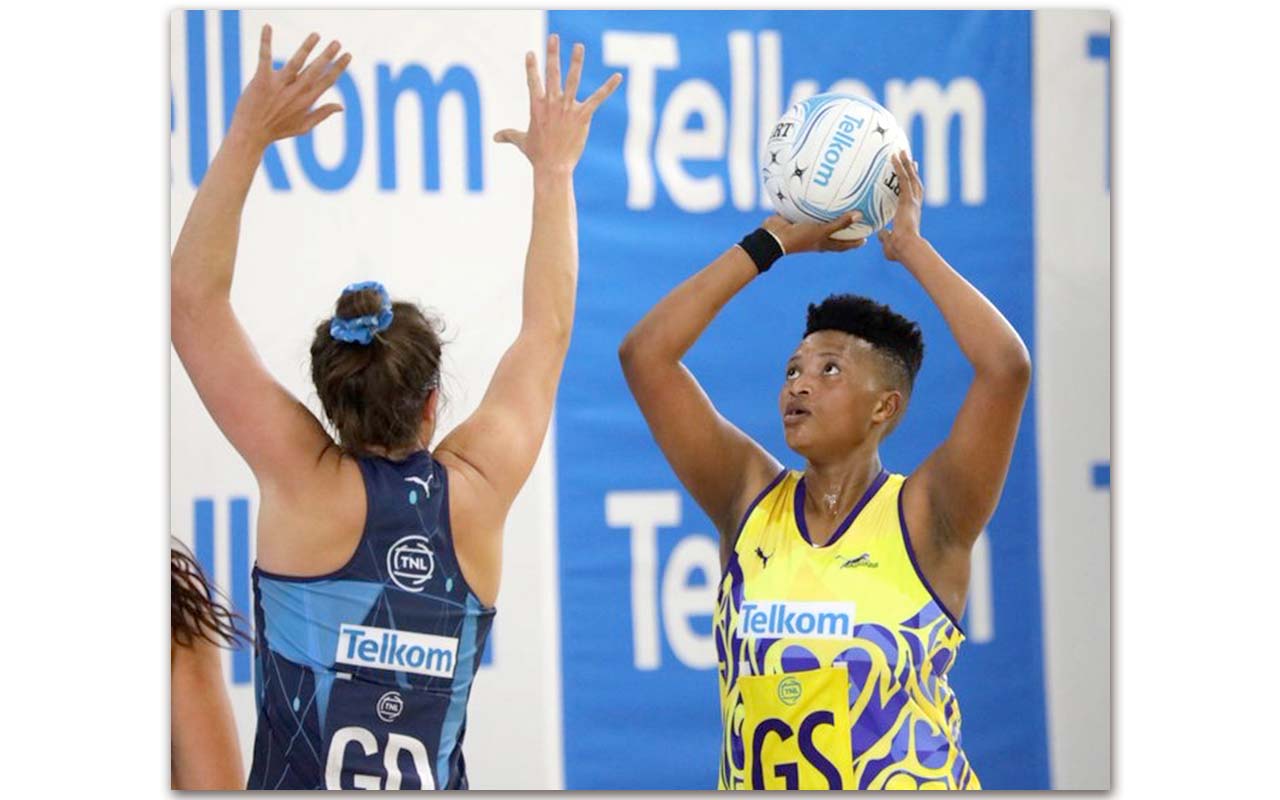 Defending champions, Jaguars, wrapped up Day One of the Telkom Netball League with a 49-41 victory over the Southern Stings on Sunday, 5 September 2021.

Jaguars Goal Shooter, Nontsikelelo Mazibuko earned herself the player of the match accolade on her debut and coach, Jenny van Dyk was elated: “I’m so excited about her, with the help of Chrisna van Zyl, who is one of the most capped shooters of the country, I think we will get her to perform even better as the tournament progresses.”

Meanwhile, Stings coach, Annelie Lucas believes her team has the ability to bounce back: “They lost concentration and didn’t stick to the game plan. Sometimes players need to listen to their coaches instructions because as soon as they stick to the game plan, they perform well but I’m extremely proud of the girls. They came back with a force despite the second quarter killing us.”

2020 Division 2 winners, Eastern Cape Aloes battled past the Mpumalanga Sunbirds following a narrow 40-34 win on Sunday afternoon. Despite leading the first and second quarter, the Sunbirds made a strong comeback and kept the Aloes on their toes after winning the third quarter 10-4. Even though the Sunbirds were valiant in the last two quarters, they still fell short, losing the match by just 6 goals.

Aloes coach, Sameshia Esau says their goal was clear going into this tournament: “Losing seven of our players last year has left a huge gap in our team but I’m looking forward to build new players. We here to build for the future and we are also looking at finishing in the top four. As much as our plan is to be in the top four, it is also to give young players a chance to compete at this level.”

Free State Crinums Get Off the Mark with Clear Intentions

Three-time champions, Free State Crinums defeated the Golden Fireballs 56-42. Crinums Goal Attack, Xandri Fourie who was named the Player of the Match contributed immensely to the team’s success following her sublime performance in the shooting circle together with Goal Shooter, Claudia van der Berg. The Crinums missed out on a chance to lift the trophy last year after losing to the Jaguars in the final, but Sunday’s display proved that the Free State side will be a threat in the competition yet again.

Meanwhile, it is back to the drawing board for the Fireballs who made a plethora of rookie errors in this match and failed to convert their chances: “We knew that it is going to be a difficult match but going into our second match we definitely need to look at our error rate because that was a bit too high,” said Fireballs coach, Rozanne Matthyse after the game.

The Western Cape Tornados registered a victory after beating the KZN Kingdom Queens 53-42. It was a very tight start to the game with the Queens leading 13-12 in the first quarter. However, the six changes that were made by Queens coach, Zola Starke in the third quarter destabilized the team which saw them trail by twelve goals. Meanwhile, the Tornados who finished third last year in the second division will go into their next game with boosted confidence after this emphatic win.

Tornados coach, Danlee Matthews says she was pleased with her team’s performance: “Before we came into this campaign, we said there’s three things we are going to work on, being clinical on court, consistency and converting our turnovers to goals. We started off well, still a little bit inconsistent but I’m very proud of the way the girls pulled through.”

The Limpopo Baobabs walked away victors after beating the Northern Cape Diamonds 66-42. The Baobabs are looking to improve and yield results after finishing last in Division 2 last year, winning only two of their round robin games.