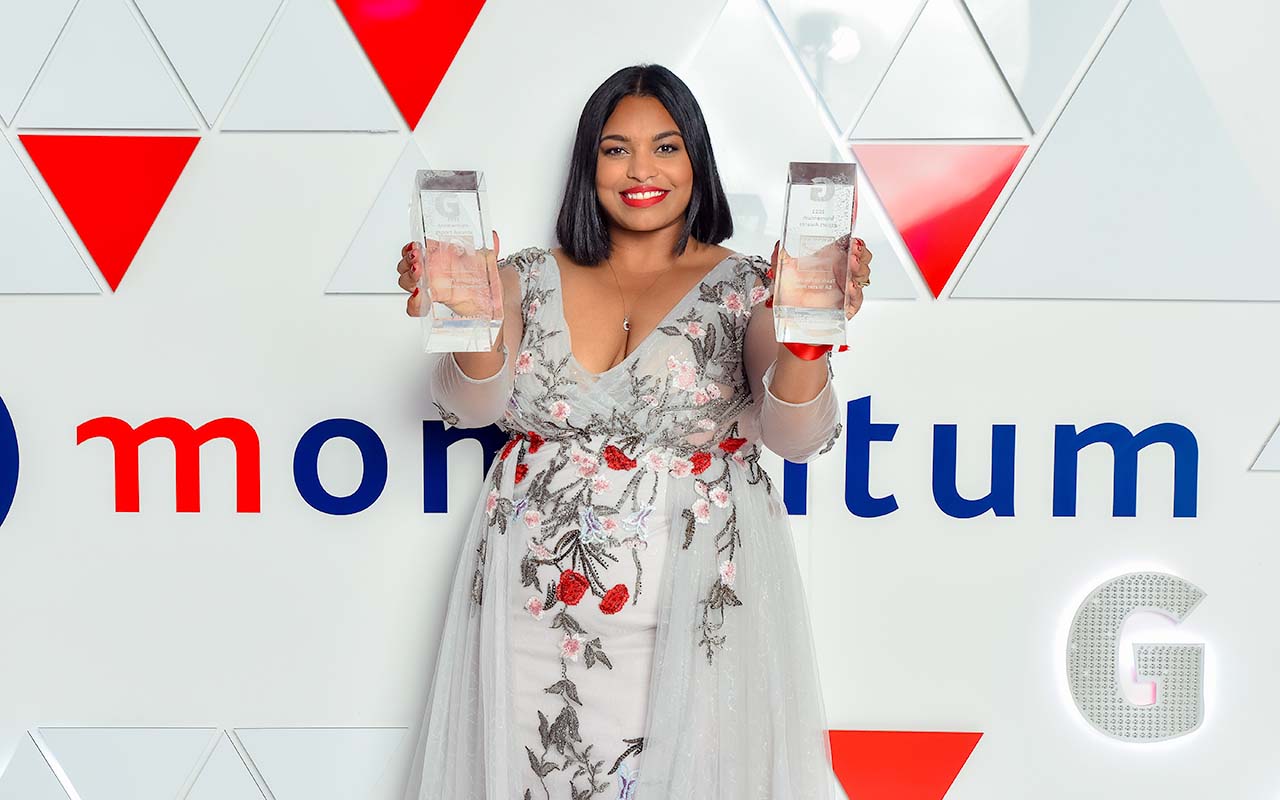 Momentum Takes It to the Next Level

Days after boldly owned their success on the Momentum gsport Awards stage, winners have spoken about the life changing night and the power of recognition.

Head coach of the South African women’s water polo team, Delaine Mentoor, who won Coach of the Year, and also represented the team as they won Team of the Year, could not stop raving about the #SheOwnsHerSuccess movement.

“I have never been able to post about myself and I have never enjoyed receiving recognition or being put in the limelight because I have worried about other people’s opinions or felt that I didn’t deserve it.

Speaking about what the #SheOwnsHerSuccess movement means to her, Mail & Guardian Woman in Print winner, Xolile Mpisane said: “For me it means feeling comfortable with being celebrated because of the hard work that we put in. It means taking time to reflect on how far we’ve come and how far we’re still going.

Under the #SheOwnsHerSuccess theme, Naming Rights Partner, Momentum, pulled out all the stops to create a once in a lifetime experience for the Class of 2021 which was broadcast on Pay Channel, SuperSport, and now also available on gsport’s YouTube channel.

Thank you @Momentum_za for creating the most enchanting experience for women in sport to boldly own their success at the 2021 Momentum gsport Awards.#gsport16 #SheOwnsHerSuccess pic.twitter.com/PDq01ZCSQu

Star netball player, Jo Prins, who was part of a champion #gsport16 Presenter Squad on the night, raved about the experience Momentum created for women in sport to boldly own their success.

“The 360 camera experience was like a glam bot and created stunning slow-mo portraits on the red carpet. The shots came out epic and I’ve never seen one before. It was so much fun to do.

Famed photographer, Austin Malema, was front and centre of the experience, as he captured the winners in all their glory. Prins was lucky enough to enjoy this experience.

“It is always such a cool experience being in front of Austin’s lens. He is renowned for his iconic portraits. His style is so crisp and well lit. You instantly know when it’s an Austin Malema picture. And he makes you feel and look like the true Queen you are.”

It means a lot! We live in a society that is engulfed by so much gender based violence. I always wanted to contribute towards raising a girl child and protecting our children and women… something that will say we still have good men out there. So being acknowledged on such platforms inspires me to do more.”

Since 2019 when Momentum came on board as Naming Rights Partner, Group Chief Marketing Officer of Momentum Metropolitan, Nontokozo Madonsela, has been calling for increased corporate support of women’s sport.

Love how @NontokozoM88 has been so consistent in calling for more corporate support for women’s sport 🙌 @Momentum_za rocks 🔥#SheOwnsHerSuccess #gsport16 pic.twitter.com/URg4oiJm13

This year’s Momentum gsport Awards was the most commercially supported in the past 15 years of the initiative’s existence.

In the words of Madonsela: “Women athletes continue to rise and brands need to step up, be counted, and invest in women’s sports.”