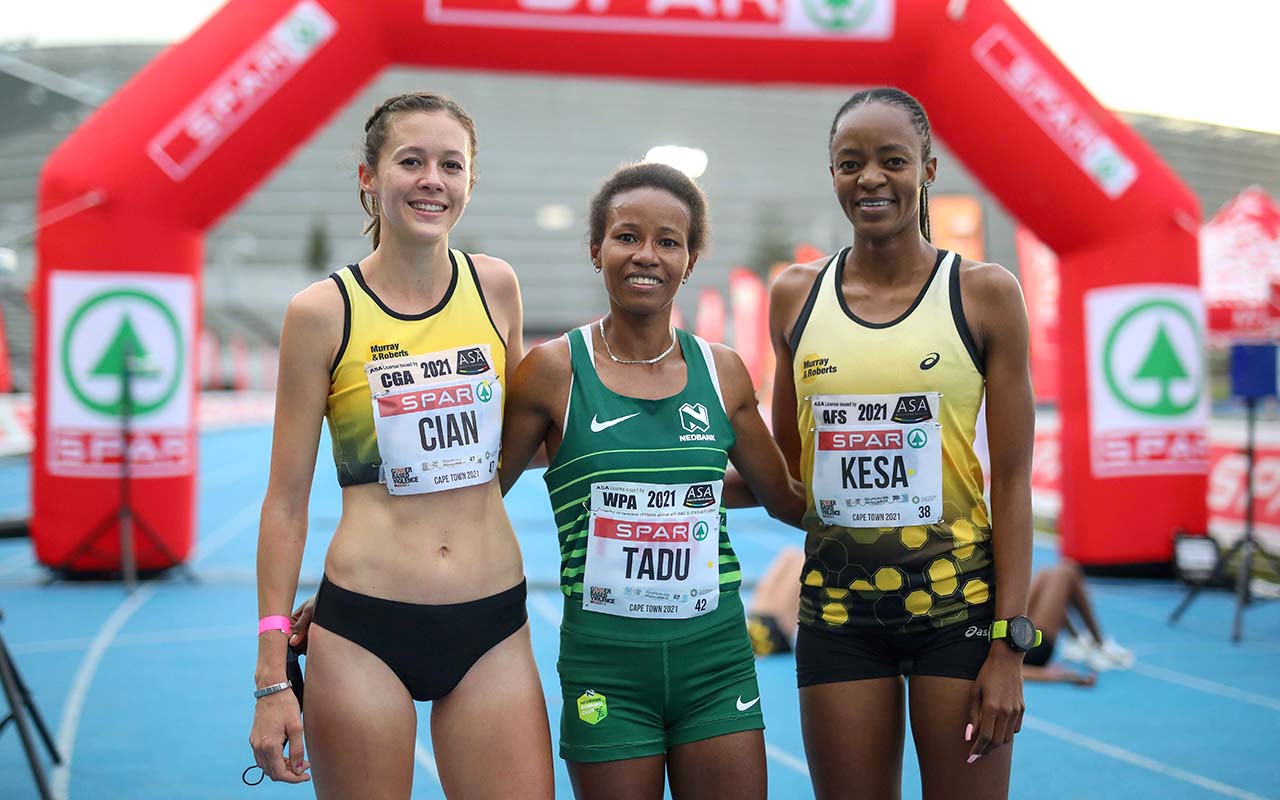 Ethiopian runner Tadu Nare (Nedbank) ran her best 10km time to achieve a resounding win in the SPAR Grand Prix women’s race at Greenpoint in the City of Cape Town on Saturday.  Her time of 31.28 was a record for the Cape Town race.

Nare shot to the lead right from the start and was soon out of sight of the rest of the field.

“I think I could have run faster if there had been more competition,” said Nare through an interpreter.

“I was very cold at the start, so I struggled for the first couple of kilometres.  But I preferred this flat course to the course in Pietermaritzburg.  I am training for the Barcelona Marathon in November, so I decided to go fast to help me learn to handle the pain.”

Nare said she found it easy to run in South Africa after training at altitude in Ethiopia.

Molotsane was delighted with her second place.

“I have been struggling with injury and it feels good to be coming back to where I was,” said Molotsane, who is a former SPAR Grand Prix winner.

“I also preferred this route, particularly because it was it was only two laps.  I found the three loops in Pietermaritzburg difficult to cope with.”

For Oldknow, it was a first podium finish.

“I was in ninth position at the halfway stage, but I was feeling good, so I decided to go for it,” she said.

In the category for runners between 60 and 69, Judy Bird (Murray & Roberts) broke Sonja Laxton’s record with a time of 40.19, while former Comrades Marathon winner, Charne Bosman (Murray & Roberts) ran the fastest time (35.31) for a runner between 45 and 49.

Nare’s second victory gives her an almost unassailable lead in the race for the overall SPAR Grand Prix title.  The 2019 winner, Helalia Johannes (Nedbank), missed the first two races because she was recovering from the women’s marathon at the Tokyo Olympics last month, but she will be back in action in Durban next week.