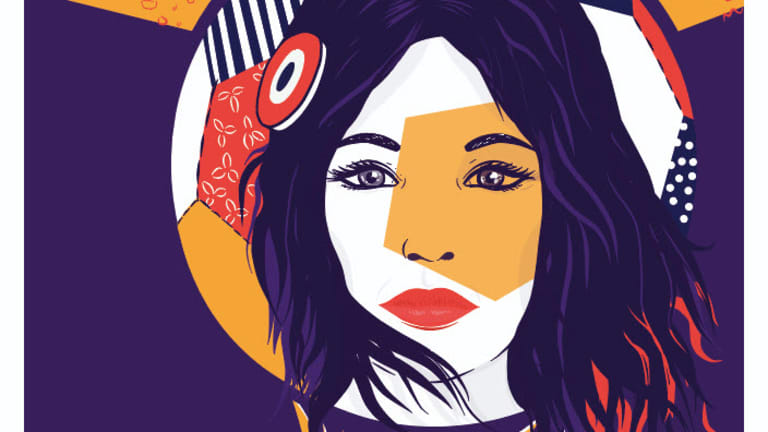 As reported on the FIFA website (www.fifa.com/womensworldcup). The design of the official poster represents the culture of the tournament, which is empowering women through football a sport that they were once excluded from as it was deemed “unsuitable for females”.

FIFA online went on to describe the woman’s face of the poster as the central feature which is set against the background of a football.

“This piece of art is said to reflect the essence of this eighth edition of the FIFA Women’s World Cup”. – FIFA Online

The shards of bright yellow light in the poster reflect light and illumination which are the key elements of the creative concept for the FIFA Women’s World Cup 2019 inspired by the tournament’s Official Slogan: “Dare to shine”.

FIFA online further went on to state that the hair which is slightly windswept in a nod symbolizes the female empowerment sweeping the globe.

While the facial expression is a symbol of determination and her gaze signals ambition echoing the skills of each of the 24 teams who will go head to head in 52 games, across nine different host cities from the 07th of June to the 07th of July 2019, to become FIFA Women’s World Cup champions.

France will host this tournament for the first time; however, they will be the third European nation to host it following Sweden in 1995 and Germany in 2011.

I hope that in the near future we will see the tournament being hosted on Africa soil for the first time ever. There is hope as South Africa confirmed themselves as one of the bidders hoping to host the 2023 FIFA Women’s World Cup.

Cameroon, Nigeria and South Africa are the three nations that will be representing the African Continent in France and this will be South Africa’s first ever World Cup.

However, Banyana Banyana is not the only team that will make their debut in this tournament. They are joined by Jamaica, Chile and Scotland who also made history by qualifying for the tournament for the first time ever.

While it will be a first time for some nations, others are the “giants” of this competition as they have qualified for every edition. Brazil, Germany, Japan, Nigeria, Norway, Sweden and USA are the eight nations that have been part of every edition of the Women’s FIFA World Cup.

This will yet be another sporting event that will be showcasing female talent and we can only hope that it will get the same attention, coverage and interest across the globe as the FIFA Men’s World Cup.