MSSA Celebrates its Women who have Earned Protea Colours 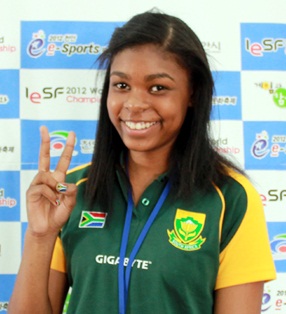 The quote by Ayn Rand, “The question isn’t who’s going to let me; it’s who is going to stop me” epitomizes all  the women that have earned Protea Colours and represented South Africa in international competition.

All of the women who have served in a national team have been responsible, and contributed, to the radical transformation of Mind Sports South Africa.

MSSA today, as a result, is a very different organisation, to what it was even just three years ago.

Mind Sports South Africa, thus, is the only country to have female representation in its national team at IESF’s World Championships every year since 2012.

In wargames and Morabaraba, MSSA’s commitment to promoting women goes back even further.

However, there is no time for MSSA to rest on its laurels as there is still much, much more work to be done.

Photo 1 Caption: Gabriela Isaacs who is the only South African to earn silver at an IESF World Championships. Photo: Supplied