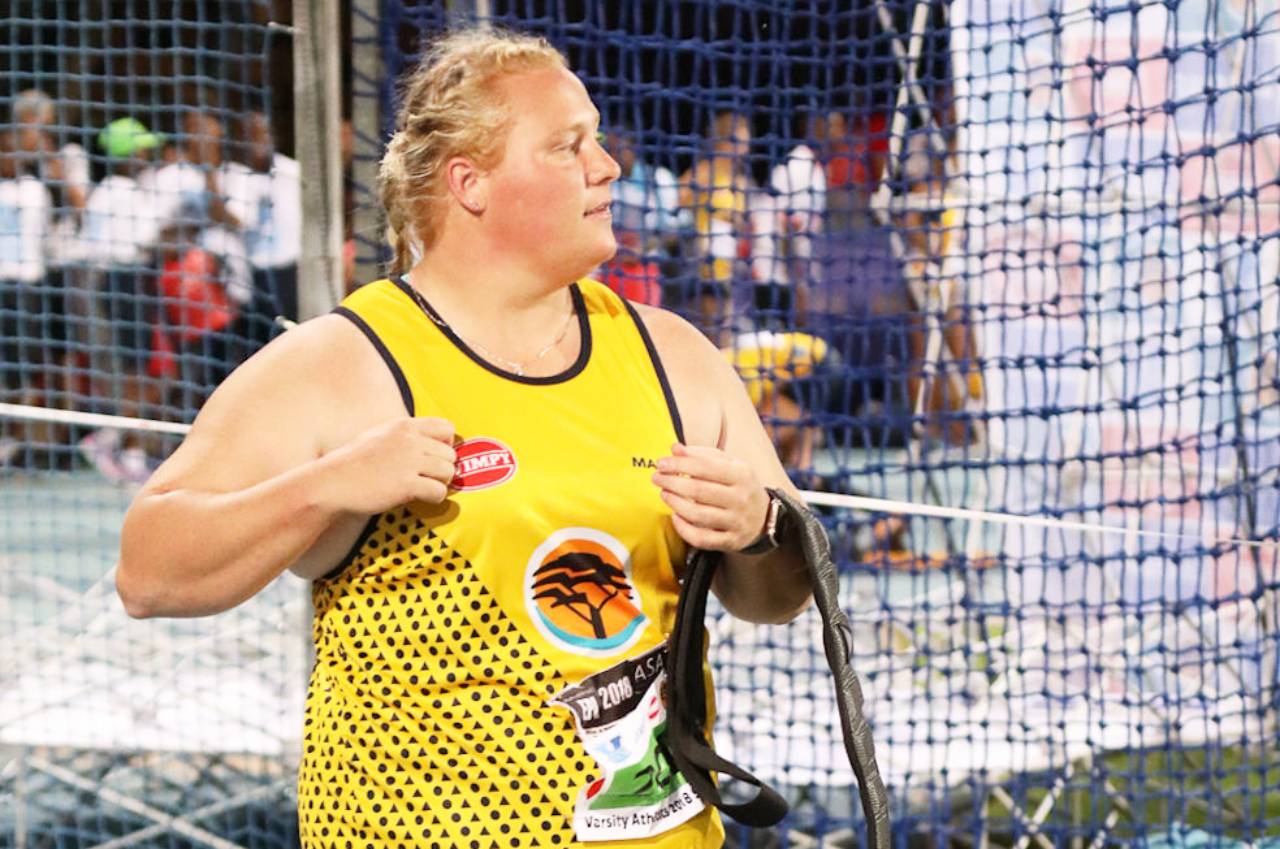 Belief in her own ability has played a major role in cementing Ischke Senekal’s status as one of South Africa’s finest field athletes. And, it has been bolstered by a similar belief shown by those around her.

This year, the Bestmed Madibaz Athletics Club star was again crowned national champion in the shot put and discus events. Her success on the field was crowned when she was named Nelson Mandela University’s Sportswoman of the Year at the gala sports award dinner this month.

For good measure she was also named the Female Athlete of the Year at the Madibaz club’s annual function.

The 26-year-old Senekal, who is doing a master’s in education, won two gold medals at the Athletics SA Senior Track and Field Championships in Germiston.

She then represented her country at the 12th All Africa Games in Morocco and returned home with a shot-put silver medal and discus bronze.

“My family is my other turning point, helping me keep my feet glued to the ground while still supporting and willing me on to dream for bigger and better achievements.” – Nelson Mandela University’s, Ischke Senekal.

Even though she is an established high-class competitor, the Madibaz star said there were learning curves she still had to absorb each season.

“For this season I learnt that I am much stronger mentally than what I had given myself credit for.

“I also learnt that you are never too experienced to make mistakes, and that it is how you handle them which determines the effect they will have on you.”

Senekal added that the belief placed in her by her coach Kobus van Zyl and her support system had kept her career on track.

“That has been a major development for me,” she said. “Kobus van Zyl has always believed and continues to believe in me.

“He helped me to try harder each day and to become stronger mentally, physically and emotionally, until finally he led me to believe in myself and my abilities.

“My family is my other turning point, helping me keep my feet glued to the ground while still supporting and willing me on to dream for bigger and better achievements.”

“It really means a lot to me as it helps motivate me to keep on going and trying my best.” – Senekal on consecutively winning the Sportswoman of the Year award.

That experience forms the basis of her advice to aspiring athletes, and others.

“The most important thing I want people to know is that they can achieve anything they possibly want to achieve by remembering the following: ‘believe YOU CAN achieve’.”

Being named the Madibaz Sportswoman of the Year for a second consecutive year had given her much encouragement.

“It really means a lot to me as it helps motivate me to keep on going and trying my best,” said Senekal.

“It shows what I am doing is working and that I must strive for even more.”

She added that she owed much to the structures within Madibaz Sport.

“Athletics manager Nellis Bothma and his team have played a big role, as he has always believed in me and supported me financially and emotionally.

“I am also grateful for the sport department officials at Nelson Mandela University who have motived me to do my best through their words and actions.”

She has twin goals for next year. “I will be aiming to retain my SA senior titles and possibly qualify for the Olympic Games in Tokyo.”