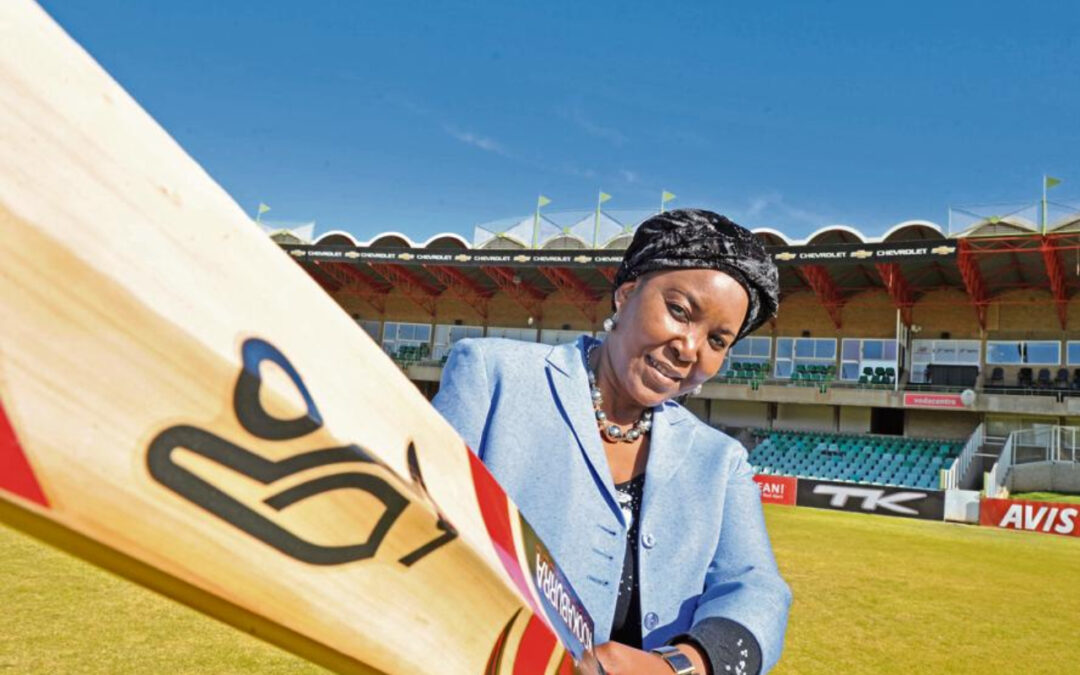 The death of George Floyd in the USA, one of many black people to die in the hands of the police and the subsequent protests across America forced the world to take another honest look at the inequality, ongoing oppression and discrimination of black people around the world; racism. The #BlackLivesMatter movement once again igniting uncomfortable conversation from the boardroom to the sports field.

Due to our painful history, this movement resonates with South Africans and for many re-opens wounds that have been plastered over for years. In sport, athletes conceal these wounds so as to not rock the boat, they have to be wary not to upset big brands, sponsors and club owners who are typically white, the world over. If there was ever a rock and a hard place.

While players don the green and gold with pride, we’ve since learnt that under that precious uniform of a democratic South Africa are players ostracised by fellow teammates because of their skin colour. Those players have never been able to tell their stories due to the misplaced excuse “there’s no place for politics in sport”, to which I argue that that is debatable but won’t be debated because black lives are not politics. Then the age old question that oppressed people are all too familiar with, “why now?”

It is important to acknowledge that our transition from apartheid to democracy was not perfect, not by any stretch of the imagination. As a result, what has been maintained from school sport to the highest level of participation are untransformed teams that don’t reflect the diverse nation that is South Africa. When black people fight for their place, for representation, they are not heard, they are shut down or even fired. Most recently when Proteas bowler Lungi Ngidi spoke up, white men comfortable in their privilege (former cricketers) quickly came out to slam his suggestion that the Proteas should support BLM.

Until the privileged realise how colonization and apartheid set black people back and how far behind black people are, not by choice or because of laziness, because if that were true, we wouldn’t have one the most important economies in the continent, but because black people were enslaved then were systemically put in a situation where there was no wiggle room, financially and spatially. It is human to protect privilege, but common sense is also a very reliable human quality. Let’s test it out:

Runner 1 starts 5 hours before Runner 2 on a smooth track on a bright day vs a rugged track on a foggy winter evening that Runner 2 will have to take on. Runner 1 will encounter problems like any runner on any race but they are nothing in comparison to the problems of Runner 2. “I started 5 hours later, I can hardly see in this wintery fog, I’m expected to at least be in the top 3,” laments Runner 2, for Runner 1 to rebut “Well we all have problems, I forgot my cap in this sweltering heat”. Runner 1 is completely tone deaf. Until it is clear that Runner 1, black people, women and/or any marginalized group do not want your handouts or a freeride, the only thing they want is an equal playing field which means the dismantling of systemic racism in all its shapes and forms.

Before I conclude let me attempt to humbly settle the confusion of the “All Lives Matter” placard:

Black Lives Matter is a complete sentence. Our discomfort with reality sometimes makes us think it isn’t, so we add to it in our heads “Black Lives Matter, so I guess white lives don’t, I guess other lives don’t matter”. No, we too thought all lives mattered, but we are reminded decade after decade that black lives don’t matter, thus the statement, to the world, to the institutions, to the white man that “hey, we are human too, we want a fair existence too, we don’t want to live in perpetual fear too, we matter too. Black Live Matter, too”.

I write here double oppressed: I’m a Black woman. So while we have these long overdue conversations about racism and how we can do better as a rainbow nation, can we also talk about more top positions for women, more support for girls sport at school level? While we discuss pay disparities and equality for black people, we should spare a thought for women that play the same sport, wear the same uniform and sometimes win more but enjoy less support because their gender is “inferior”. If any situation ever epitomized parallels, it is this one.

Black Lives Matter and something needs to be done about that, in America in our beloved South Africa and the entire world. On and off the field.

From a perspective of being the first Black Female President, I encore the views that black lives matter as I have experienced tremendous support in a male dominated sport. Today we honour our Legend Tata Madiba Mandela and it is befitting to make awareness to the world that, “No matter how big the nation is, it is not stronger that its weakest people.” Together we are stronger.

I cannot even begin to pretend that I know the depth of the struggles that many people of colour have faced, but I fully support any movement that aims to empower all the exceptional talent we have in all facets of sport in South Africa, and indeed the world.  I fully support the Black Lives Matter movement, and I will listen to understand, so that together we can make change.

In order to be progressive, we need to include everyone in the Black Lives Matter conversation. Women’s sport already has a major transformation challenge and if black and white women in sport can join hands and work together, we will be stronger for it.

My view is that this discussions and the Black Lives Matter Movement is very important in the times we are facing in the world. We, as people of colour, us black people, are getting to a point where we are not going to sit around and let people treat us in an unjust way. This movement is about reiterating the value of our lives, the value of what a person is and what we do and what we bring to the human race.

Women in sport need to provide a safe space for our female athletes and coaches and administrators and everybody who is within the industry to feel that their voice is heard and that we support them and that their experiences are valid.

Cultures are what make countries unique. Women’s uniqueness lies in their ability to care, nurture, and to share the love. Life matters. You are blessed to be alive today. Let us stand together as sisters and show our uniqueness even if we are from different backgrounds and different cultures. Together we are stronger!!!

BLM is very important however for me in my position all lives matter and especially children and women as we are the most vulnerable. I think those who exploit women as a commodity need some serious education. Without women the population will die. Without mothers our young men would wander round aimlessly. I am of the opinion that there needs to be a serious drive from all women in sport in order to make noise and stand together.

I cried listening to both Ashwell & Makhaya because what they shared is something that a lot of non white athletes, coaches & administrators have experienced. We fought for a long time to be treated as equals and we are still fighting. BLM doesn’t only speak to race but it brings attention to the structural inequalities that stand in the way of true transformation. I believe that gender equality, especially within sports, is not separate from BLM movement. This movement is important because it is voicing the voices that have not been listened to. We can’t let this energy die out before we see real change taking place.

In a career of more than 20 years in sport, I have seen many young women of colour assaulted by traditions, by gender based violence and masculine prejudice in their youth but emerge as formidable characters. They soar as business leaders, trendsetters or top athletes, yet instead of enthusiastic applause, their success is often met with belligerence, criticism and aversion. It’s up to us individuals to band together to build up our young women of colour and create the platforms that shines a spotlight on their dreams, their journeys and their achievements.

Photo 1 Caption: Free State Cricket Union President, Zola Thamae, shows her support for the Black Lives Matter movement saying, “From a perspective of being the first Black Female President, I encore the views that black lives matter as I have experienced tremendous support in a male dominated sport. Today we honour our Legend Tata Madiba Mandela and it is befitting to make awareness to the world that, “No matter how big the nation is, it is not stronger that its weakest people.” Together we are stronger. Photo: Mlungisi Louw