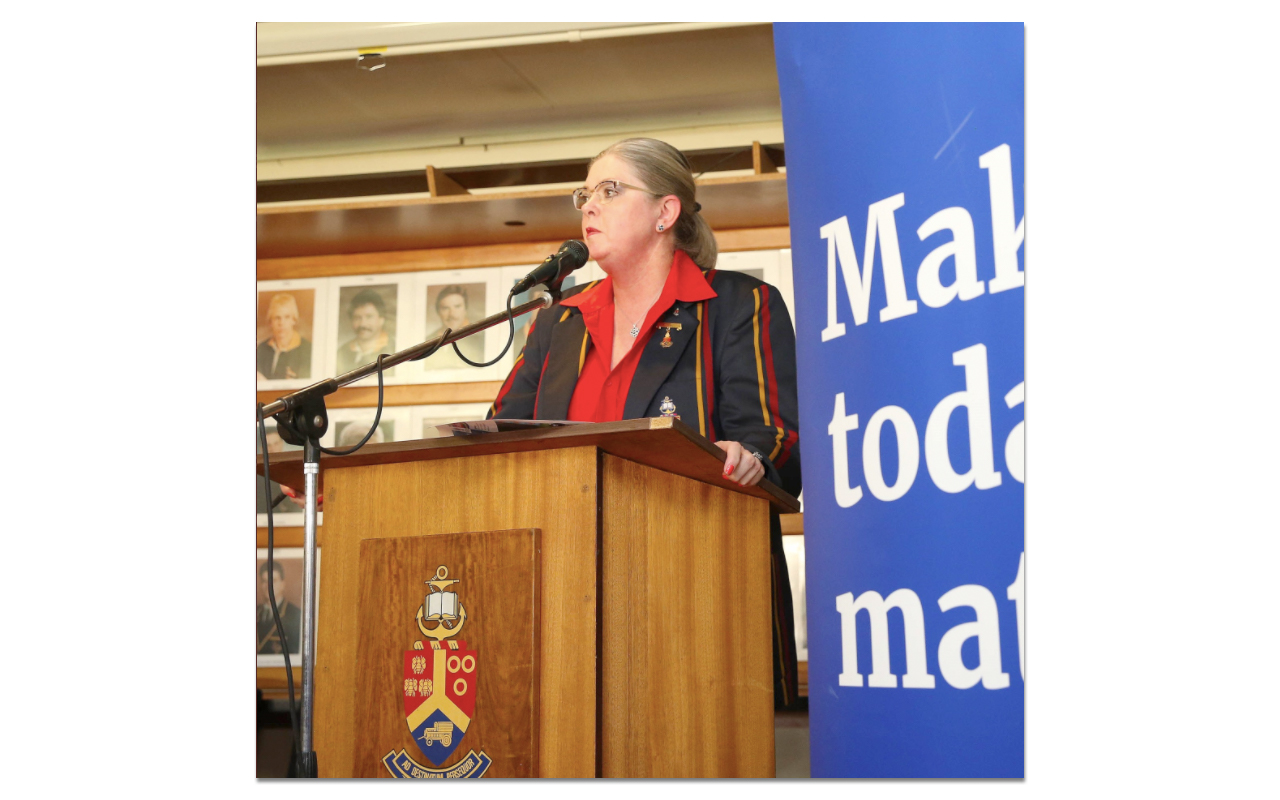 Professor Susan Adendorff, Director: Facilities Management at University of Pretoria, has been chosen as one of the vice-presidents (VP) of the Blue Bulls Rugby Union (BBRU), making her the first woman to occupy such a position at the union.

As a VP, she serves on the executive committee of the BBRU, managing the business of the union.

“My appointment at the BBRU is a volunteer position, which I hold because of my position as president of Tuks Rugby,” she says.

“It is an honour to serve a sport that I love and enjoy so much.” – University of Pretoria’s Professor Susan Adendorff

“It is an honour to serve a sport that I love and enjoy so much.”

The Blue Bulls, which are more widely known as the Vodacom Blue Bulls, is a South African rugby union team that participates in the annual Currie Cup tournament. They are governed by the BBRU and are based at Loftus Versfeld Stadium in Pretoria.

Prof Adendorff’s involvement in rugby started when she was asked by UP to serve as president of Tuks Rugby.

“The perception is often that a rugby club competes in only a 15-men game, yet Tuks Rugby Club has many other areas of interest: men’s Sevens, women’s Sevens, youth rugby, rugby league and wheelchair rugby.”

“I was almost born on the Tuks stadium rugby field while my mother was watching my father’s team play in the final of the Res League.” – Adendorff reveals where her passion for rugby stems from.

Her interest in rugby was sparked by her parents who were staunch Tuks Rugby supporters. Both served as honorary vice presidents of the club.

“My father, Prof Kris Adendorff, coached the Engineering Faculty’s rugby team in the late 1950s and early 1960s. I was almost born on the Tuks stadium rugby field while my mother was watching my father’s team play in the final of the Res League.

“I had ‘Hobson’s choice’ [take it leave it] with regard to an interest in rugby.”

“I often had that reaction in the 1980s; fortunately, these days, female engineers are more common.” – Adendorff was the first woman to graduate from UP with a degree in Industrial Engineering.

However, Prof Adendorff admits to also having an interest in various other sports, and follows as many as she can – “cricket, golf, F1, Moto GP, athletics, tennis and cycling”.

Men have never been intimidated by her position, she says. Rather than having a negative reaction, many simply seem surprised. This is a reaction she is accustomed to, having been the first woman to graduate from UP with a degree in Industrial Engineering.

“I often had that reaction in the 1980s; fortunately, these days, female engineers are more common.”

The secret to success, she says, is this: “One should always give their absolute best and be themselves, and always treat people with respect and dignity,” she concluded.