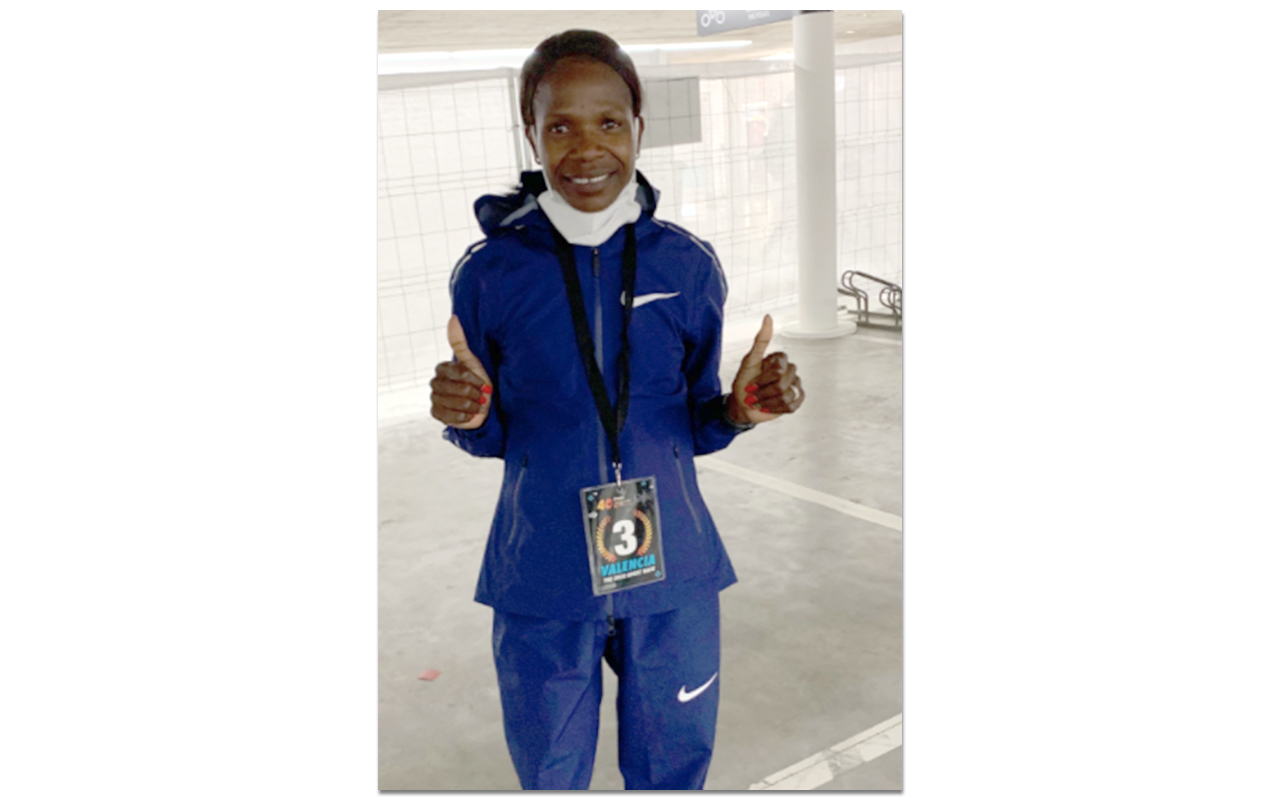 Johannes crossed the finished line in third position in a time of 2:19:52, behind Kenyans, Joyciline Jepkoskei (2:18:40) and Peres Jepchirchir (2:17:16), in second and first place, respectively.

Huge PR and NR for Helalia Johannes of Namibia in #ValenciaMarathon taking 3rd in 2:19:52. pic.twitter.com/MQSXgj71b2

The Nedbank Running club athlete has now added to her impressive list of records, which include being a five-time Two Oceans Half Marathon winner, Military World Games, All-Africa Games, Commonwealth Games and World Championships medal holder.

Also making her name on the world stage at the Valencia Marathon, gold medal winner on the day, Jepchirchir, broke the women’s course record just seven weeks after winning the World Half Marathon title in a world record time.

According to olympicchannel.com, this is the perfect ending of the season for the Kenyan who holds the world record for the women-only of 1:05:16 from her winning run in Poland on 17 October.

In Gdynia she improved her own 21km world mark from the previous month set in Prague and is now the fifth fastest women marathoner.