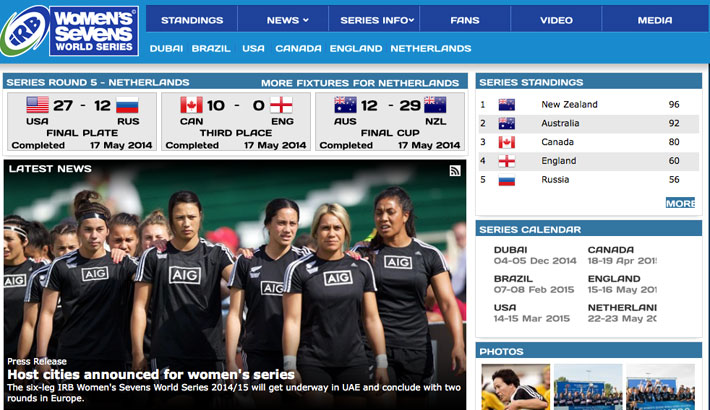 The Springbok Women Sevens will face France, China and Mexico in their pool matches at the IRB Women’s Sevens World Sevens Qualifier in Hong Kong next month, the International Rugby Board has announced.

South Africa are among 12 teams going head-to-head at the Shek Kip Mei Stadium on September 12 and 13 for the four places up for grabs in the core group of the 2014/2015 IRB Women’s Sevens World Series.

The top four teams at the conclusion of the 2014/2015 World Series will qualify automatically for the 2016 Rio Olympic Games.

Springbok Women’s Sevens coach Renfred Dazel was optimistic on Tuesday that his team could qualify for the World Series, but he expected them to be tested physically and mentally in Hong Kong.

“Every team will enter the competition with the same goal and that is to qualify for the World Series with an eye on having a shot at Olympic qualification, so we have to approach each match with the same determined attitude,” said Dazel.

“We faced France in the Amsterdam World Sevens Series leg in May and suffered a 26-0 defeat and they beat us 19-5 in the Hong Kong Invitational in March, so we know we are in for a tough start to the series.

“We have also seen China and Mexico in action, and they have players with good skills and speed, so we will certainly not write them off.”

Dazel, however, said if his team was able to maintain the high tempo of their training sessions throughout the two-week training camp in Stellenbosch and replicate that form on the field in the tournament, they could achieve their goal.

“I have been impressed with the players’ focus and the intensity of our training sessions on the first two days of the camp,” said Dazel.

“This is exactly what I expect from the players in Hong Kong. We all realise the importance of progressing to the semifinals of the tournament, and one can sense that in the players’ attitude and work ethic. They know they will have to be at their best to achieve it.”