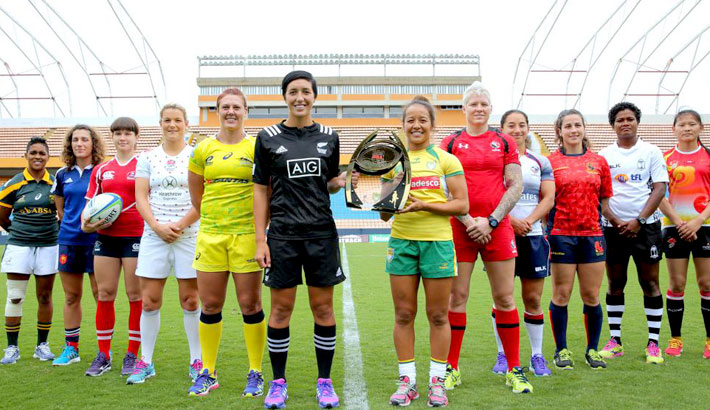 Springbok Women’s Sevens coach Renfred Dazel said on Thursday although his charges were bracing themselves for a challenging Women’s Sevens World Series tournament in Brazil on Saturday and Sunday, they were keen to test themselves against some of the top teams in the series.

South Africa will line up against England, Canada and Russia in a testing pool round at Arena Barueri in São Paulo on Saturday, and with Canada in third place on the log standings and England in fifth place after the season-opening Dubai tournament, they will have to perform to their potential from the outset.

Dazel was pleased with his team’s preparations on Thursday and said: “We have been training for this tournament since the first week in January, and it was good to see the increased tempo at training and the commitment among the players to lift their game.

“This week in Brazil has also been good because it gave the players a chance to adapt to the conditions and get into tournament mode mentally, so hopefully they will transfer that which we practised at training onto the field.

“That said, we know it won’t be an easy tournament as we will line up against top competition, but if we focus on implementing our structures effectively and we avoid the mistakes we made in Dubai, we hope the results will follow.”

Commenting on the opposition, Dazel said: “All three teams were in the top five on the log table at the end of the 2013/2014 World Series and they are physical sides.

“They also showed last season that they are able to perform well consistently, and they come off a good Dubai tournament. Last season in Brazil Canada finished third and England fourth, while Russia advanced to the Plate final so we are under no illusions about the challenge ahead.”

While Dazel admitted that possible Olympic Games qualification was in the back of their minds, he said their objective was to take each tournament in their stride.

“This is our first season as a core team on the World Series circuit so there is already pressure on us to compete at this level,” said Dazel. “If we turn our focus to the possibilities of what could happen after the next five tournaments it will simply detract our attention from the task at hand.

“It remains one of our main goals to qualify for the 2016 Olympic Games, but that is a process, and we are approaching it as such. We also have to be realistic about our expectations as some of the teams we are competing against have been at the top consistently for a few seasons.”

The tournament will be broadcast on livestreaming on www.worldrugby.org