Bruce Davidson – A Game Changer and Pioneer for Women in Sport 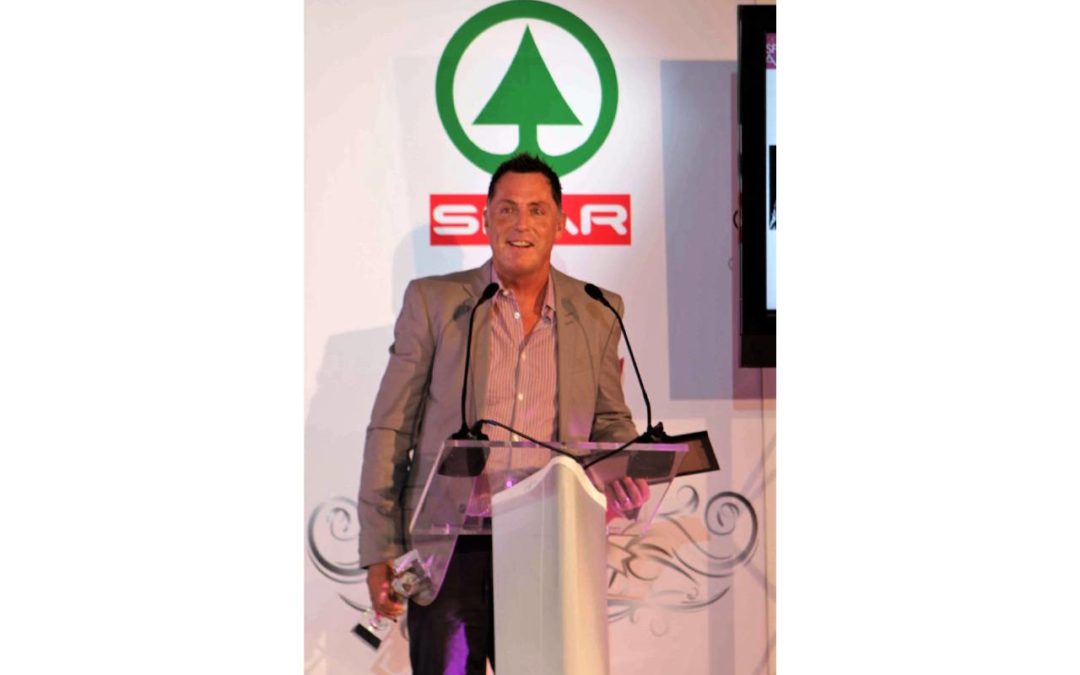 Executive Chairman of the BLD Group Bruce Davidson is one of the first male champions of women in sport that came to our radar as gsport. Davidson has consistently shown up for women: from fighting for sponsorship, to being part of the few establishers of events for women, such as the SPAR Grand Prix 14 years ago.

Davidson’s baby, BLD Group, is turning 25 this year and since its inception the company has played a huge role in demanding the piece of the pie that women rightfully deserve.

Davidson drew his inspiration from the of likes of Billie Jean King, Martina Navratilova and Evonne Goolagong Cawley, to play his part in the advancement of women in sport.

He continues to work alongside top female stars and teams in the country, such as the SPAR Proteas.

Bruce, it is a pleasure speaking to you! As a former award winner on the gsport stage, what are your thoughts on how the platform has grown since your recognition in 2012?

Firstly, I was truly honoured in 2012 to be recognised by gsport. I have always believed in the promotion of women’s sports, women who excel in sport and have tried at every opportunity to assist women sporting codes and individual women sport stars receive the recognition I feel they so rightly deserve. I must applaud Kass Naidoo for her vision with gsport. I remember meeting Kass for the first time in her Killarney Mall offices, being impressed by her passion for gsport and wow has it grown as a force over the years and contributed immensely to the promotion of women’s sport in our country. Lots has happened since 2012, incredible progress in this space but certainly not enough and we have come a long way but have a long way to go for women to be recognised like their male counterparts when it comes to sport. The gsport platform is assisting to make this happen.

Your work in the corporate space for women’s sport speaks volumes! Why did you get involved in championing women in sport?

I believe in women and believe they are the rocks of society. My late mother, Gwynneth, was a strong minded individual and a great business success, one of the few that fought to be part of boardrooms and decision-making despite being a woman. My mother was a big influence on my life. As an activist in the late 1980’s I was inspired by women like Ruth First, Cheryl Carolus, Helen Suzman and Winnie Mandela. In the sports arena I looked up to Billie Jean King, Martina Navratilova and Evonne Goolagong Cawley, all tennis players yes, but tennis was my beat in those days, so those were my heroes. They are all good friends now and I have worked with them and they have inspired me to champion women’s sports. It was them that got me to talk to corporates like SPAR and direct their sponsorship to spend on women and for the past 30 years SPAR have been a big support to women’s sport not only in South Africa but around the world. I continue to work with top women sports stars and teams like the SPAR Proteas. That is my passion and fix.

We know that your mom was a top badminton player and later a provincial bowler. Did she spark your love for sports when you were growing up?

Yes, I think that maybe that’s where I got the love for sport firstly. As competitive as my mother was in business and as a person, she with respect, didn’t have the same competitiveness in sport and that’s why I don’t think she really didn’t do as well as she should have in the sport arena. She always felt that women were not given the same opportunities in sport as men were and took it as a fact of life. My father was also a top soccer player and she saw the difference on his recognition in success to hers. Lawn Bowls funny enough was the first sport I promoted influenced by my Mother who was a provincial player. I put together a women’s champion of champion’s event with attractive prize money and all the countries top bowlers played, the men objected as they wanted the same but my drive was the women and women’s bowls popularity was at an all-time high so it worked and tennis became the next project followed by hockey, road running and netball.

Please tell us about your career journey so far.

When I started out working after qualifying as a hotelier and executive chef, as much as I loved the hospitality industry sport was my first love and so when an opportunity to become Director of Tennis with the then South African Tennis Union was offered to me, I took up the opportunity. That sprung board me into this career and I went from Director of Tennis into Marketing but then the national tennis union folded due to sanctions and apartheid and I was retrenched. I joined Colors Sport Management as a partner, one of the first sport management agencies in the country. I had started working with SPAR and Dunlop Tennis and they approached me to say they still wanted to sponsor the sport and helped me in 1995 to form by own company and supported me start up and it’s thanks to both of them that I have my own company The BLD Group which this year celebrates its 25th Birthday. Initially I was doing corporate sponsorship management, then opened an athlete management division and I managed athletes like Amanda Coetzer and Gwen Griffiths plus some top sportsmen James Small, Marks Mopenyane, Doctor Khumalo to name a few. BLD expanded and we opened a Media and PR division and eventing division which opened doors internationally and we have worked at Wimbledon and managed the global Nike Junior Tour. It’s been an incredibly blessed journey so far.

Your work with SPAR is well documented, what would you say are some of your career highlights?

Most definitely Netball, just an incredible joy to work with such dedicated and passionate women on and off the court. I secured the SPAR sponsorship of netball over 20 years ago and have attended the past four World Cup’s and toured with the SPAR Proteas around the world. Seeing players like Erin Burger and Karla Pretorius win players of the World Cup, Bongi Msomi, Phumza Mweni, Lenize Potgieter and Zan Vimbela excel in international leagues brings joy to my heart. My concept of a SPAR Women’s Doubles for club players adopted by Tennis South Africa and run successfully for 13 years was also a highlight. That tennis success saw the same format being played in women’s bowls. And then I won’t forget the 12 wonderful years I had managing the SPAR women’s hockey sponsorship .. Working with greats like Pietie Coetzee and Marsha Maresca. SPAR supported me in bringing out tennis greats Steffi Graf and Ana Kournikova to South Africa to play Amanda Coetzer and the launch of the SPAR Grand Prix 14 years ago an exclusive women’s only six stop annual road running series…that has become the third biggest athletics brand in South Africa after the Comrades and Two Oceans.. just incredible memories.

From a sponsorship point of view, how has corporates view on backing women in sport evolved?

It is certainly improving but very far from where it should be quite honestly. The differences in sponsorship spend are ridiculously outbalanced but tennis globally is leading the way thanks to the efforts of Billie Jean King. Woman tennis professionals are earning the same amounts as their men counterparts. And I am seeing a shift in the thinking of South African corporates when it comes to spending their budgets, women are being considered and getting a larger slice of the pie. The fight for fair play continues.

What can be done to raise the profile of women’s sport in South Africa and how can corporates play a bigger role?
Other than sponsor the sporting codes and individual athletes the corporates and their agencies need to allocate advertising spend to promote these codes and athletes through the sponsorships. They need to use the women they sponsor in campaigns not just throw money at them. In this way the women athletes will get bigger exposure, the women sporting codes will be promoted and surely this will ultimately encourage women to participate in sport and help develop a bigger pool of future women athletes.

What is your advice to women in sport about attracting personal corporate support?

Women need to be bold, strong and confident and ride on the present trending wave of the protection of women’s rights. Any athlete or influencer who is passionate about their sponsor and investor will be rewarded. Go the extra mile using social media to promote the sponsor, offer to be available and smartly support the sponsor in everything you do. Too many sport stars take sponsors for granted and don’t give the return they should to the sponsor. Form a strong partnership with your corporate sponsor and impress them. Communication with your sponsor is key.

What would you say makes a good brand ambassador?

Any brand ambassador that is loyal and supportive and lives the aims and objectives of the brand they are being supported by and endorsing, makes a good brand ambassador. Be exclusive to your sponsor and communicate with them all the time.

Other than promote women in sport, I want to continue to travel the world. I’m blessed through sport to have visited 131 countries over the years but there are a lot more to visit. I am also so excited about the upcoming 2023 Netball World Cup in Cape Town. Having attended the last 5 World Cups, I can’t wait for South Africa to host the first in the country and continent. It was an ambition, it’s now a reality and hopefully I will be part of the team that showcase the event and is part of maintaining its legacy.