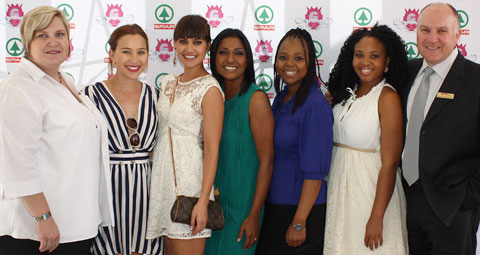 World leader in Visual Performance Dr. Sherylle Calder has been appointed to the judging panel for the 2012 SPAR gsport Awards.

Dr. Calder has worked with top local and international stars, with great success. She takes the place of former Banyana Banyana captain Desiree Ellis, who had to withdraw because of the Sports Heroes Walk this year.

Six 2012 SPAR gsport Awards Ambassadors led a high-impact campaign to encourage greater public participation in the nominations process during the month of October, and now the judges will trim relevant categories down to three nominees each, before public voting in November decides the eventual winners.

“I am honoured to be involved with gsport as a judge and as a previous winner I am fully aware of the major part they play, not only in woman sport but also in general in sport in South Africa. As I mentioned at the awards last year gsport is a growing force in the future of South African Sport,” Dr. Calder says.

gsport4girls Founder Kass Naidoo said: “It is wonderful to have Dr. Calder joining our elite judges on the panel, bringing her wealth of experience, working with local and international athletes and teams.”

“It is going to be tough for the judges this year. We have received quality nominations, after a fantastic year for women’s sport.”

“Each of the judges brings something different and it’s great to have them all on board. They all have expertise in their fields,” SPAR Sponsorship Manager Belinda Nel says.

This is netball legend Gumede’s fifth year on the judging panel, and she says it’s been an honour. “The Awards have gone from strength to strength each year. People know about gsport now, and the level of competition has increased.”

Although it will be difficult to narrow down the nominees, Gumede says there are a few key things she will be looking for to help her decide. “I look at more than the performances of the nominees. I also look at the challenges they’ve faced to achieve what they’ve achieved. I want to know what drives them to do what they do,” she says.

“The Woman of the Year category remains the most contested as women in sport and sports administrations have made significant strides which improves the lives of our people. Each year I’m blown away by their significant contribution to sport at large,” Mbuli adds.

“The gsport Awards are now amongst the top annual awards shows to look forward to. Many women in sports, entertainment and business have been honoured over the years, and this year in particular with SPAR coming on board the awards will be even bigger and better,” says Mbuli who is also a former Style Star of the Year winner.

“It is quite important for women to have people honour them,” Bramley says. “For most of the women that win, it’s the first time that they’ve been acknowledged for the work they do.”

“It’s an interesting challenge, but as always there can only be one winner- at the end though, they are all winners in their own right,” Mbuli concludes.

The 2012 SPAR gsport Awards will take place at the prestigious Wanderers Club in Johannesburg on November 20.