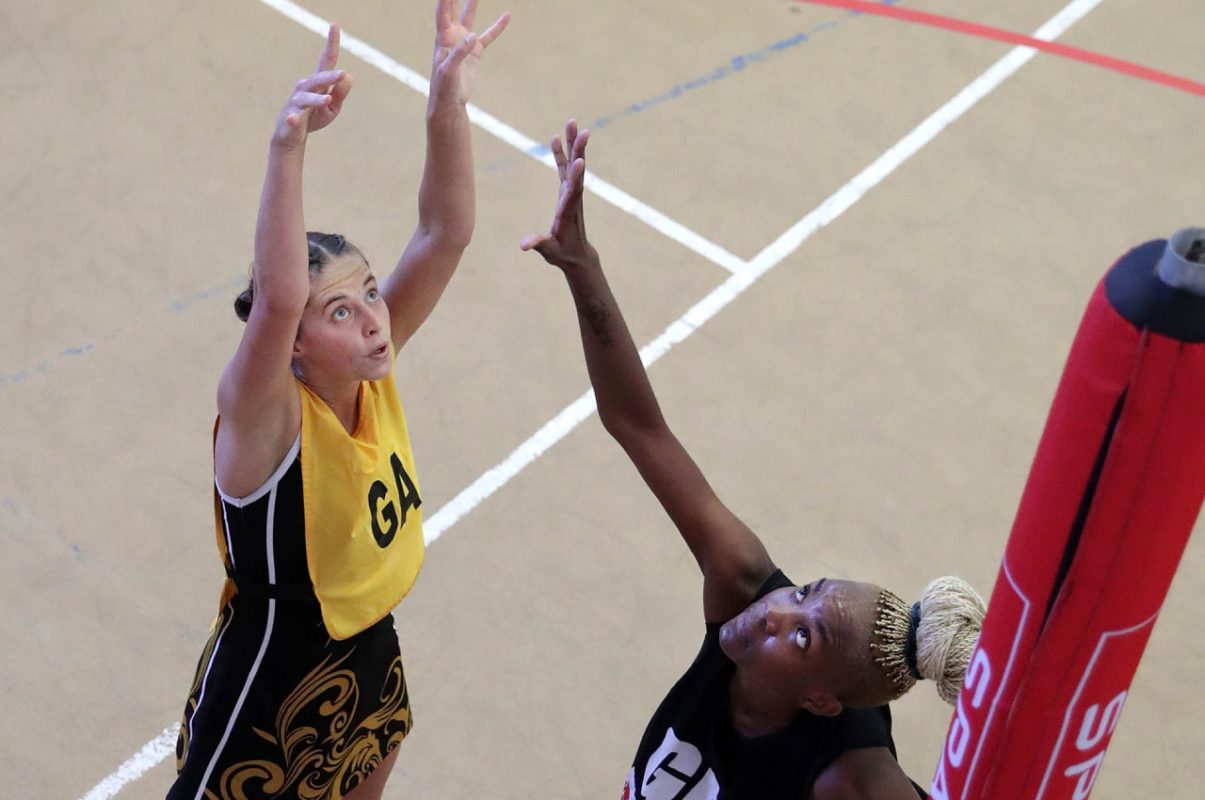 Cape Winelands and NMB to Battle in Netball Champs Final

The two strongest teams at the Spar National Netball Championships at Hoërskool DF Malan – Cape Winelands and Nelson Mandela Bay (NMB) – both won their semi-finals on Friday, 10 December 2021, to go through to Saturday’s final.

Cape Winelands came from behind to beat Johannesburg 60-56 in the first semifinal.

What had been expected to be an easy victory for the only team to go through the pool stages unbeaten turned into a thriller, with the outcome uncertain until the final whistle.

Johannesburg stormed into the lead from the start and maintained their position for the first three quarters of the match. With nothing to lose, the team from Gauteng gave it their all. Captain Jo Prins, playing at wing attack, had an outstanding game, ensuring that the ball reached the shooting circle where goalshooter Nomfundo Mngomezulu and goal attack Liza Kruger, wasted few opportunities.

Johannesburg led 17-12 after the first quarter and were 31-29 ahead at half time.

“It was the very best preparation for the final tomorrow,” said an exhilarated Winelands coach, Marchelle Maroun.

“I had some very nervous moments, but I was sure that they would pull through.  Before the final quarter, I said to the players ‘just two intercepts and we’re there.’

“They are all quite experienced and they know how to play finals,” said Maroun.

Winelands captain Nichole Taljaard said the players had supported each other through the good and bad phases of the match.

“It was very much a team effort.”

“I was watching the time and watching the goals and just praying that we could hang on.  “But we were playing a very experienced team and I think it was their experience that cost us the game in the end.”

There was no surprise in the match between NMB and Cape Town, which NMB won 47-35. Although the teams were level on 8-all after the first quarter, NMB were the dominant side. They led 20-15 at halftime.  Cape Town made a spirited comeback in the third quarter, winning it by 13 goals to 11, (31-28) but NMB stepped up a gear in the final quarter to ensure a relatively comfortable win.

“We didn’t play as well as we could have, because the players were very nervous,” said NMB coach Lana Krige.

“But they came through and that is a page they can put in their back pocket for the future.

Krige said that before the final on Saturday morning, she would tell her players that it was still netball.

A team from the Eastern Cape last won the title in 2007, while Western Cape were the 2016 champions.  Since then, Gauteng North have been dominant, winning every year.

Photo 1 Caption: Pictured from left is Nichole Taljaard of Cape Winelands and Boitumelo Mahloko of Johannesburg in action during semi-finals of the Spar National Championships which are being played at Hoërskool D.F. Malan, Bellville in Western Cape Province from 5-11 December 2021. Photo: Reg Caldecott