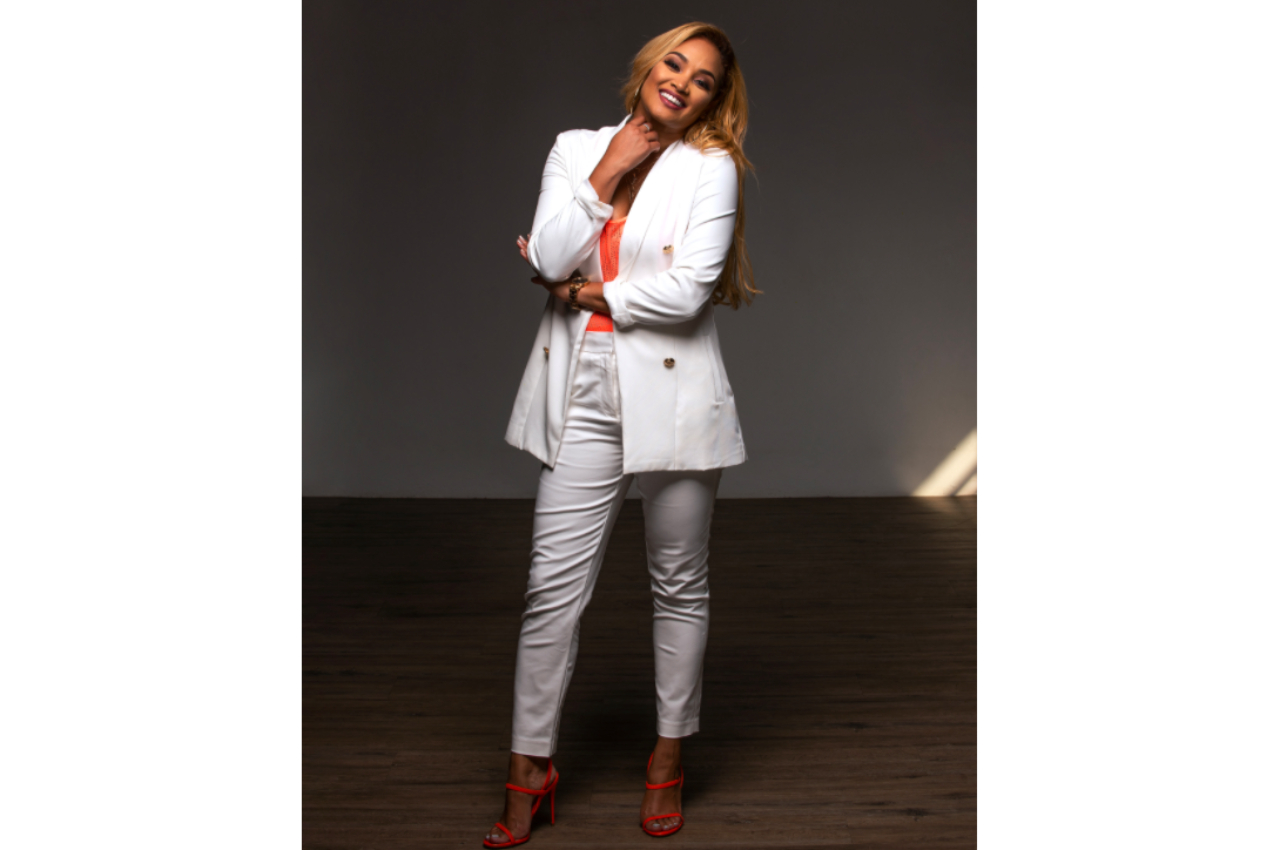 Award-winning SuperSport Presenter and Anchor, Julia Stuart is changing the face of broadcasting and hopes to one day leave a legacy where women in the industry compliment rather than compete with each other.

Stuart was recently been appointed analyst on the Premier League Today show, a massive milestone in her career so far.

For many years, the Cape Town-born powerhouse has been working her way up to the ladder from print journalist to broadcast which seemed a natural progression in her career.

Along the way, she has been acknowledged for her passion and incredible work ethic winning the 2019 SAB Sports Video Media Presenter of the Year Award.

Her desire is to work on a men’s FIFA World Cup, UEFA Champions League and host a magazine show.

Speaking with Celine Abrahams, Stuart lets us in on what keeps her motivated and shares advice to young women who are eager to make a mark in male-dominated spaces.

Julia, thank you for chatting to us! We must start by congratulating you as we now see you sharing your knowledge on the Premier League Today show. How has this step up in your career been so far?

It’s rather strange to be called on as an analyst as I’m so used to asking the questions. I’m still getting used to that part of it. But it’s pretty awesome to be working with Premier League productions as part of their global broadcast partner initiative and it feels great to have got the nod from my bosses at SuperSport to contribute.

You have grafted for years to be at the current level of your career and not many have taken the time to acknowledge this fact. What keeps you motivated to keep pushing?

Acknowledgement and compliments are cool, but people tend to be fickle, so I have learned to not focus on that. But you’re right, it’s been plenty of hard graft to get to where I am today.

“As a broadcaster, you’re only as good as your last game. So, there’s no resting on your laurels. I am in my 5th year at SuperSport and there’s still so much I haven’t done.” – SuperSport Presenter and Anchor, Julia Stuart

As for motivation, like the players and teams we cover, as a broadcaster, you’re only as good as your last game. So, there’s no resting on your laurels. I am in my 5th year at SuperSport and there’s still so much I haven’t done. This year was the first time I was pitch-side for the league champions’ trophy presentation for example. I’ve never anchored a men’s World Cup or European championship game. I’ve not worked on UEFA Champions League or hosted a magazine show. So, I think the possibilities, the idea of what could still be if I work hard enough and get the right breaks is what keeps me going.

Covid-19 has had an impact on everyone’s lives. What plans/goals did you have for this year that have been delayed due to the pandemic?

It’s hit us for a six that’s for sure! The one thing I remember feeling bummed about is forfeiting an invitation to a La Liga match in April. But this is the first time I’ve really thought about that. 2020 has hopefully given us all perspective on what truly matters. I remain grateful for my health, that my family is healthy and that I have a job when so many in our country and around the world can’t say the same.

Before we go further, let us track back to August when the Premier Soccer League resumed, and you were in the BSE. How did you manage to get through that period?

I have no idea! There were some days I didn’t think I would. No leaving your room unless it was for meals or when the cleaners were in. No access to the gym or pool for us and no walking outside. We weren’t allowed any food or drinks delivered to the hotel either. It was basically luxury jail. I read a lot, hosted a few events online, worked out in my room and watched a lot of football. The match days definitely helped speed up time. But it was mentally and emotionally taxing.

What was the first thing you did when you came out of the “bubble”?

I went to get a burger! I wish it was something more meaningful but after I got picked up at base, we went straight to KFC.

Now that we are continuing with our ‘new normal’, what are you hoping to still get out from this year?

I guess I just want to get through it. So many people have lost so much I remain grateful to have been relatively unscathed.

As an award-winning Sports Presenter, what advice would you give to a young woman who is eager to make her mark in a male-dominated space?

“Drown out that noise, drown out the doubters and the trolls. Focus on putting in the work, on learning from others and you will succeed. I wish I knew this when I started in TV.” – Stuart shares advice to young women who are eager to make their mark in a male-dominated industry.

We are judged by different standards in this, and any male-dominated, industry. Harsh but true. What you wear, how much you weigh, who you date and other trivial factors will be used to judge you when our male counterparts really don’t have to worry about that, they just get to focus on their jobs. Drown out that noise, drown out the doubters and the trolls. Focus on putting in the work, on learning from others and you will succeed. I wish I knew this when I started in TV.

There are many girls who look up to you for inspiration but who inspires Julia?

I love watching others in this field – across all sport – and learning from them. I will write down a cool question from a presenter in Formula One for example and try to alter and incorporate it into my presentation. I watch TedTalks or sports documentaries or interviews from people who are leaders in their respective fields, a recent one I can think of is the Doc Rivers episode on The Playbook. And I read a lot.

Apart from sport, what is one other thing people don’t know about you?

I love to bake. And I kick ass at it. I own far too many pairs of shoes and I have read all the Harry Potter books at least twice.

What legacy are you hoping to leave behind in the sport industry?

I’m still writing my story, but I hope to be an inspiration and a positive influence on those around me and those watching from afar. I want to be known as someone who helped build an “old girl’s network” so that women in our field spend more time complimenting than competing – a saying I learned from Netball SA President Cecilia Molokwane. And, I hope to become one of the women who is so excellent in her field it encourages those in power to give other women a chance too.