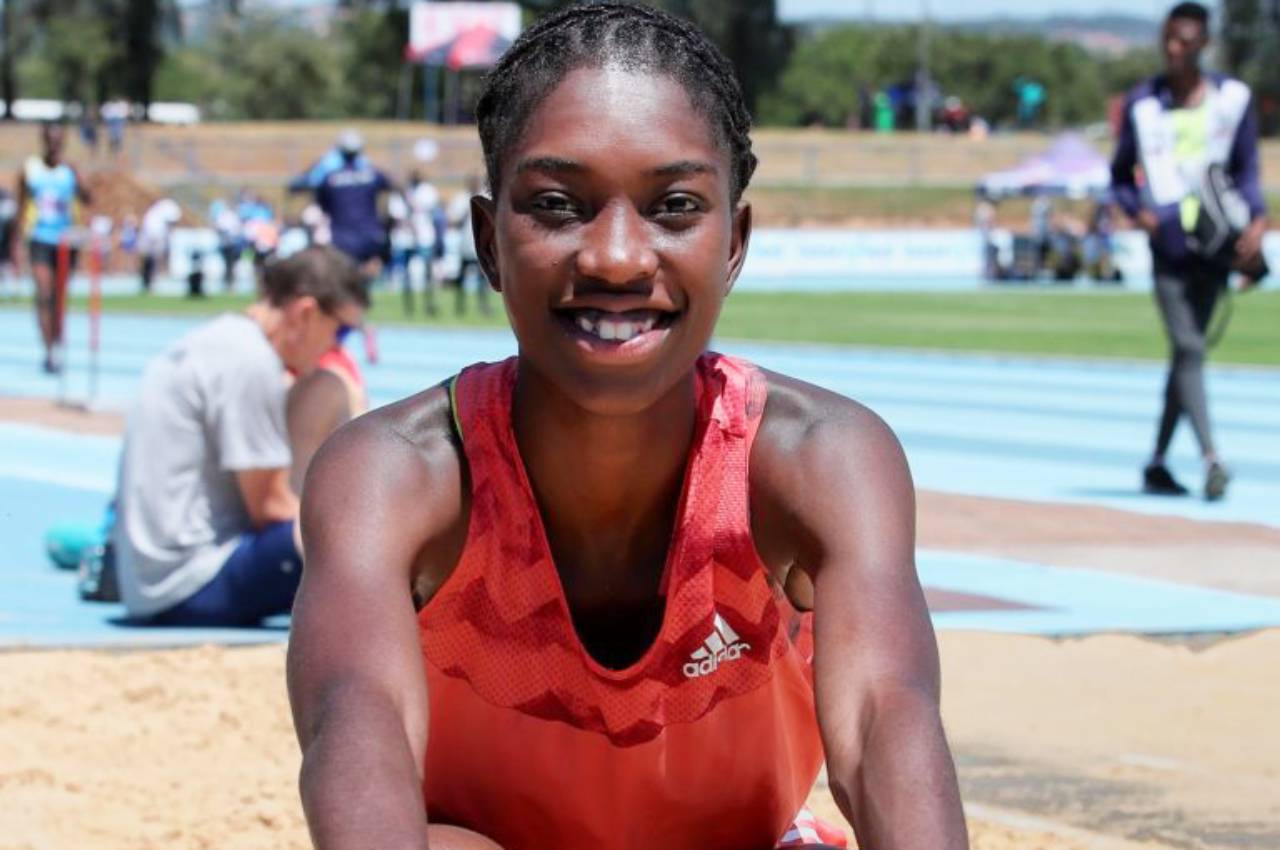 Zinzi Chabangu (UJ) set the first South African senior athletics record for the season when she won the women’s triple jump with a 14.02 metres effort during a league meeting at Tuks.

It is the first time that any South African athlete has gone past the 14 metres barrier. Chabangu’s winning jump is 13 centimetres further than the national record (13.89m) set by Patience Ntshingila in 2012. The UJ student’s previous best was 13.65m.

“Absolutely shocked,” was Chabangu’s reaction moments after her record attempt was announced. “Because it is an Olympic year, the goal is to go big, but I did not expect to do so. It is the first time I competed this season. I only wanted to have fun and test myself as I have had some injury issues.

“There definitely are some aspects of my technique I need to work on.” South African triple jumper, Zinzi Chabangu

“I did not have the best of starts. I overstepped with my first jump. The second one was the big one, but somehow then I lost the plot. I had a real adrenaline rush after the 14.02m jump. It led to me getting overeager. I so wanted another big jump. Unfortunately, I kept on overstepping.”

The current South African and USSA champion is confident of improving on her own record but realises the biggest mistake she could make as being obsessed to jump certain distances.

“It is back to the basics. There definitely are some aspects of my technique I need to work on. Most importantly is that I should not forget to keep on having fun. If I do, the big jump will happen. It is only a matter of time.’

Chabangu is confident that she can jump the 14.32m, which is the qualification standard for the Tokyo Olympic Games.