Excitement amongst the country’s open water swimming fraternity is building rapidly as commencement of the festivities marking the 40th anniversary of the world’s largest swimming event, the aQuellé Midmar Mile, draws nearer.

With records aplenty set to tumble at this year’s spectacle one of those likely to fall is one of the event’s more heart moving feats as Lorna Cochran looks to become the oldest person ever to have completed the 1600m swim.

Should Cochran succeed in completing the swim, she would be four months older than Cable was when he made the record his own and would also break her own record as the oldest female finisher ever, a title she has consistently re-raised since breaking it for the first time as an 83 year old in 2007.

Petrus Meyer, a 90-year-old from Pietermaritzburg, became the oldest ever entrant this year, but he suffered a late setback impacting on his ability to swim this time around. He is, however, aiming to participate in the Midmar Mile next year.

On checking the entries, event organiser Wayne Riddin phoned Meyer personally, expecting that the entry had been incorrectly filled in. To his surprise, he said he got to speak to a very young sounding 90-year-old.

For Meyer though he will have to keep his training going a little longer and patiently wait his turn to give the record a go in 2014 and in the meantime this year’s 40th aQuellé Midmar Mile anniversary could well and truly be a year to remember for Lorna Cochran as she readies herself to make the record hers, for now anyway.

The aQuellé Midmar Mile takes place on 9 and 10 February at the Midmar Dam, just outside Howick in the KwaZulu-Natal Midlands. For more info visit the Midmar Mile website. 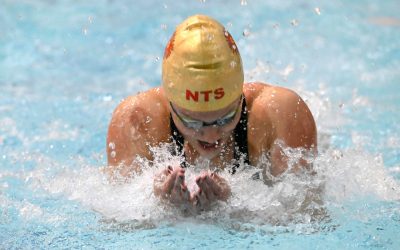