The Investec South African women’s hockey team will be hoping to make it two wins in a row in the prestigious Investec Challenge, when they take on Australia at 8pm tonight. South Africa kicked off their campaign in style last night, beating England 4-1 at the Hartleyvale Stadium, after leading 2-0 at half-time.

Pietie Coetzee took her world record goal tally to 260 goals in 259 Test matches with penalty corner strikes in each half, the rest going to Tarryn Bright and Marsha Marescia, while Dilly Newton pulled one back for England.

The match started at a very fast pace and a heavy tackle on striker Sulette Damons brought the first PC after five minutes. Coetzee stepped up to place a pinpoint drag-flick that fizzed across the synthetic turf into the corner of the backboard (1-0).

This hotly contested affair swung to and fro with both strike zones under pressure. Fast-breaking counter-attacks kept the defenders honest, SA clearing a second England PC.

Two minutes from half-time a super-sharp Dirkie Chamberlain intercepted before feeding Bernie Coston, whose powerful shot was well saved by keeper Maddie Hinch, only for Bright to tap in the rebound (2-0).

Two minutes after the changeover England skipper Laura Unsworth was denied twice by the brilliant Sanani Mangisa’s double save following an England PC.

Goalkeeper Mangisa’s remarkable ability to keep SA in the game was amplified when the women in green and gold sped away to win their second PC and Coetzee sent her flick soaring just inside the far post (3-0).

Mangisa made yet another stunning save and Nicolene Terblanche cleared a further English effort away from the goalline. And again it was the superb SA keeper who pulled off another double save, this time from Jo Hunter, 15 minutes from the end.

England continued pressing and Dilly Newton finally breached the Mangisa wall with a conventional penalty corner hit four minutes from the end. A minute later Susannah Townsend was set to pull one more back until the keeper narrowed the angle to perfection and it was all over.

In the early game world number one and Olympic Games champs The Netherlands were held 2-2 by world number six Australia after the Hockeyroos led 1-0 at half-time.

Australia opened the scoring through Casey Eastham, Maartje Paumen equalised before Georgia Nanscawen edged the Hockeyroos back in front, but Kelly Jonker made it 2-2 near the end. 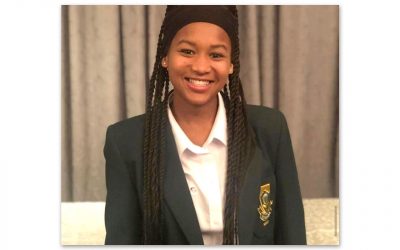 South African field hockey player, Bianca Wood, has made a call out to the public for donations as she aims to represent the country at the Junior Africa Cup in Namibia in August #GoGirls