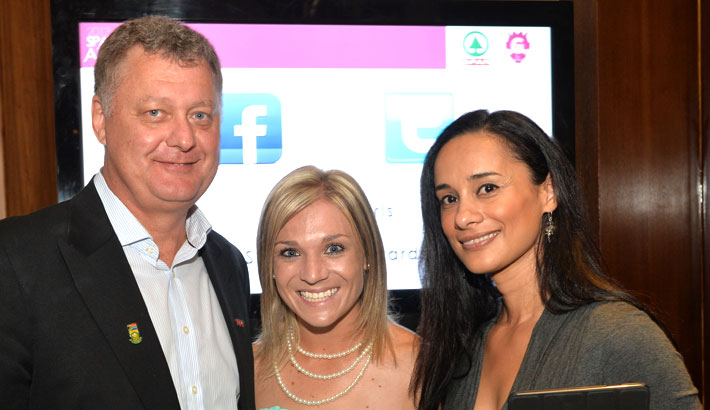 Cricket South Africa has congratulated Momentum on winning the Sponsor of the Year award at the 2013 SPAR gsport Awards for the their contribution to women’s cricket in South Africa as the title sponsor of the national team, the Momentum Proteas women.

gsport co-founder, Kass Naidoo, said: “Sponsors have done really well for women in sport but not many have made huge strides in the short period of time that they have been with women’s sport as Momentum have done. Momentum have shown they are passionate and dedicated and that their heart is in cricket. The six contracts that were awarded to players in the national team shows that it is only the beginning of their commitment.”

gsport is an online initiative that was launched in 2006, by Naidoo, who is a former SABC broadcaster and CSA employee and her husband, Ryk Meiring. Their aim is to raise the profile of South African women in sport significantly to encourage Corporate South Africa to back female athletes. The gsport initiative is in the process of becoming a Trust, and is formally registered as a non-profit organisation.

Momentum’s Head of Sponsorship, Danie van den Bergh, is delighted that the values that his organisation takes so seriously have earned them such an accolade.

“We are honoured that living our values in terms of gender equality can bring about such a great response and an award of such a high stature,” he said. “We are so proud of the Momentum Proteas women, we are proud that in our partnership with the team they have risen two places in the ICC T20 rankings and that they have won back-to-back home series.

“We are happy to see that, for a start, six players have been given CSA contracts and that so much has happened for the team in such a short period of time. This award is not only an honour for Momentum. I have to compliment CSA as well because they have made a firm commitment to women’s cricket so I accept this award on behalf of both ourselves and CSA because we truly are partners.”

CSA Chief Executive, Mr. Haroon Lorgat, is delighted to see that Momentum’s contribution has been recognized. “I am not at all surprised by this deserved award to Momentum, who are to be congratulated for their fabulous contributions to South African cricket.

“Their sponsorship of women’s cricket was a breakthrough not just for cricket but for all women sports which generally battles to receive funding.

“The Momentum sponsorship of our women’s team has enabled us to appoint a full-time professional coach and award semi-professional contracts for the first time ever to six of our senior players. It has also enabled the team to play more international matches this year than ever before and all these factors will help our challenge for the ICC Women’s Twenty20 World Championship early next year.”