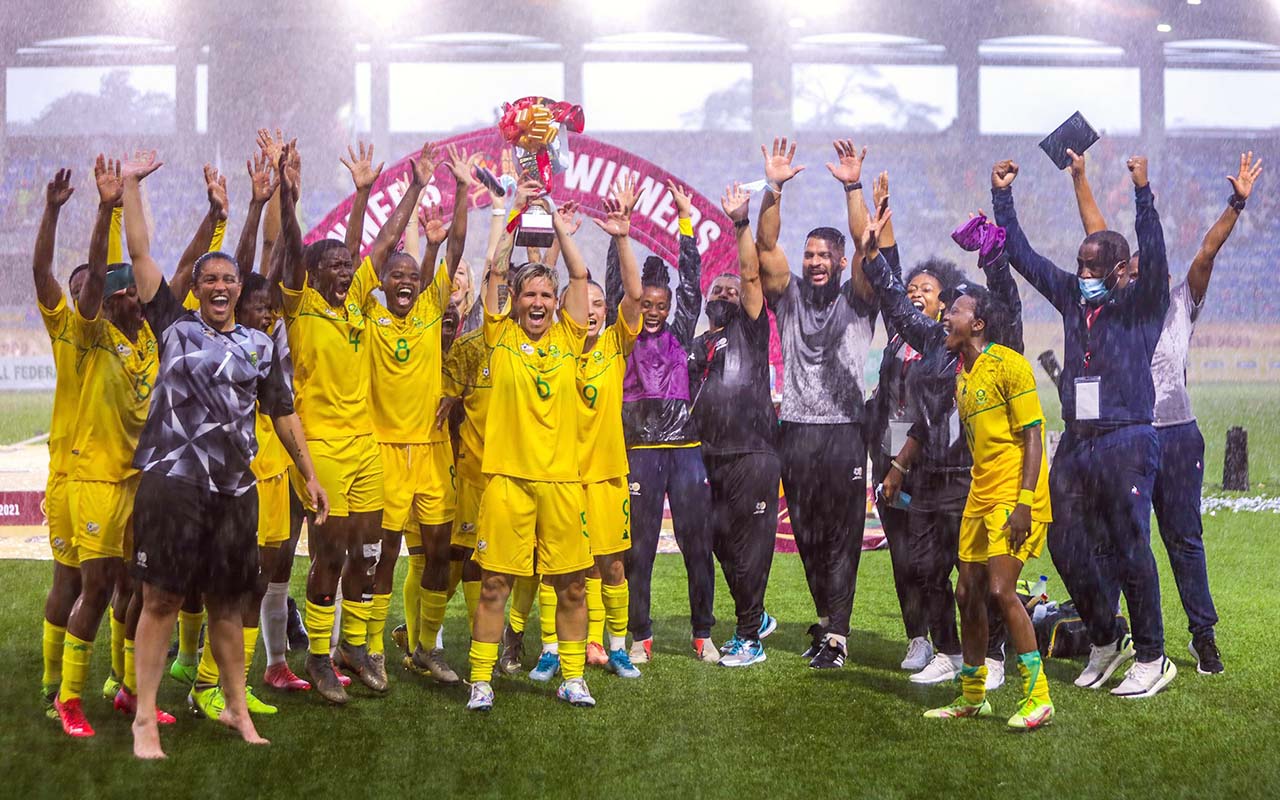 Desiree Ellis: “This is a Victory for all the Clubs”

Speaking after the win, Ellis said: “”This is a victory for all the clubs, all the coaches, for all the people involved in women’s football in South Africa.”

"This is a victory for all the clubs, all the coaches, for all the people involved in women's football in South Africa". So proud of @descaptain and the sensational @Banyana_Banyana for their fantastic win against a full-strength @NGSuper_Falcons in Lagos. #BanyanaBanyana pic.twitter.com/XAmrXCl4Va

Banyana Banyana won 4-2 on Tuesday to claim the trophy in the closing match of the inaugural Aisha Buhari Cup at the Mobolaji Johnson Arena, Onikan in Lagos, Nigeria.

South Africa had a successful first half. In an attempt to clear a shot taken by Hildah Magaia, Nigeria’s Michelle Alozie netted the ball into her own net to give South Africa an early lead in the 13th minute.

Global star, Thembi Kgatlana, came in the ninth minute from the far left of the 18-area to try and win a shot on target but failed when the ball hit the woodwork.

It was the raised hand of Onome Ebi that gave Desiree Ellis’ side a penalty in the 17th minute which was well converted by Linda Motlhalo who joined Banyana Banyana from Swedish club Djurgårdens IF for international duty.

The Super Falcons’ smiles were turned upside-down when an offside flag was raised for Desire Oparanozie’s goal in the 19th minute.

Banyana continued their top form when Gabriela Salgado bagged Kgatlana’s deflected ball two minutes before the halftime mark to bring the score to a superb 3-0.

The hosts came back after the break hungry to gain dominance against the seven-time COSAFA champions when Vivian Ikechukwu scored Nigeria’s first goal in the opening minutes of the second half. The 24 year old scored a brace in the 53rd minute to bring the scoreline to 2-3.

Nigeria were in search of an equalizer as the encounter edged towards its closing 90 minutes but failed when Banyana Banyana substitute Mamello Makhabane converted another penalty for the green and gold side to extend their lead.

Banyana Banyana are set to return home for their preparations ahead of the COSAFA Cup which is to run from November 3 to 14 where they will fight with the continents’ best to defend their title. 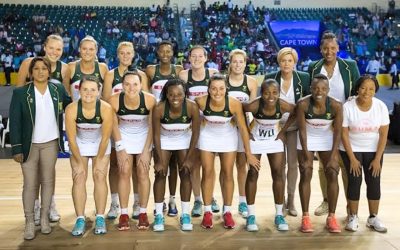