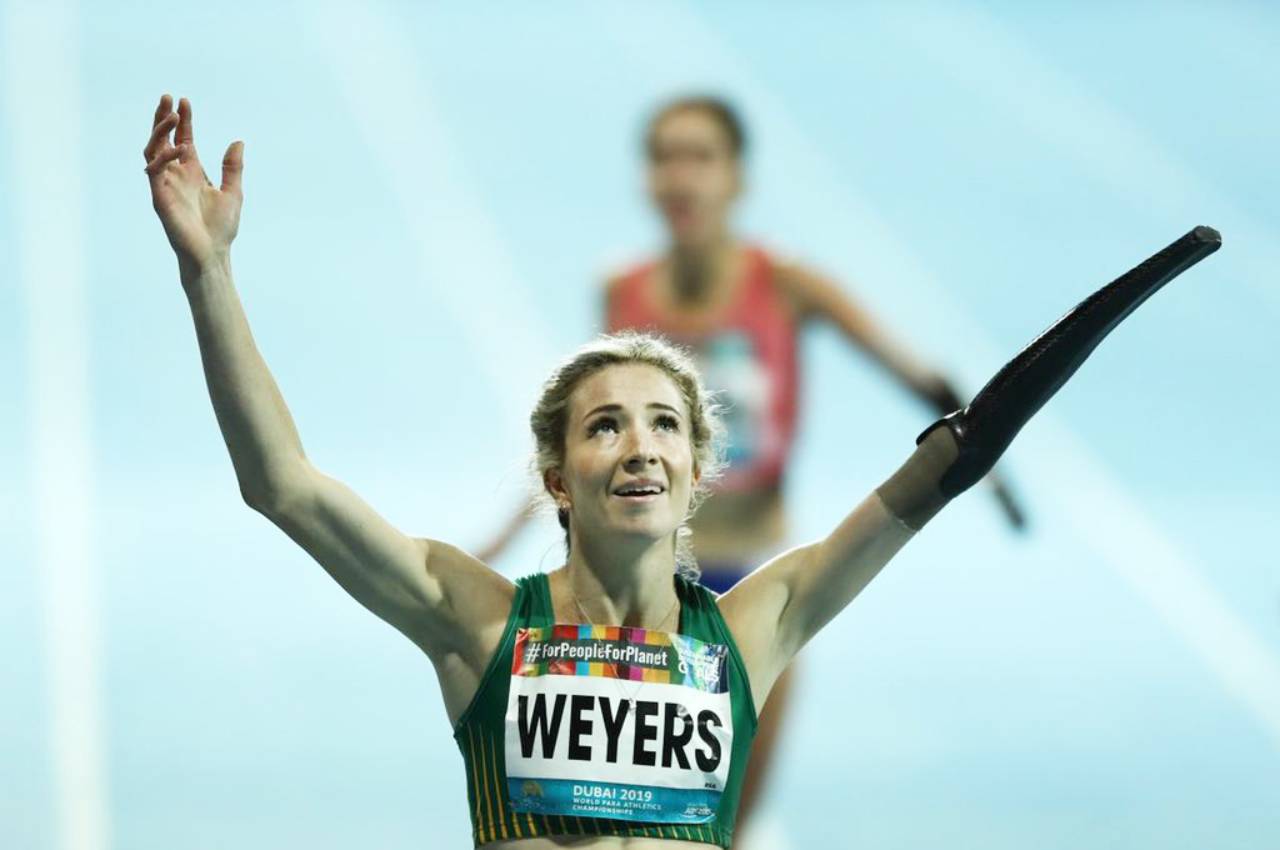 Later the same evening, she was named the Sportswoman of the Year with a Disability in a tightly contested category at the SA Sports Awards.

With South Africa on a sporting high this year, Weyers has now added her name into the mix when she crossed the finish line in 55.79 seconds to record a new championship record.

The sprinter was extremely proud of her achievement and thanked everyone who has supported her throughout her journey as she took to her Instagram account.

Wowzers grateful to have this opportunity to race and receive a ?at the Worldchampionships in Dubai in the 400m T47. Thank you @sascoc for investing in me as Athlete . Thank you @matiessport @matieshighperformance for your endless support , amazing facilities and incredible coach @ferreira.suzanne & gymtrainers @seansurmon . Thank you @toyota_sa for supporting parasport and making it possible for us. Proud to be a member of #TeamCiti! Together we’re supporting a more inclusive society and helping grow the #Paralympic Movement. Thank you @citi for your support!

2018 was a tough year for Weyers as she had suffered injuries and only had the opportunity to train for six weeks before running the 400m event in Dubai.

The athlete who had previously won the Albertina Sisulu Special Recognition award at the gsport Awards last year, has continued to show that despite the odds and having to face many setbacks, she will always rise to the occasion.

Having won gold, set a record and claimed the Sportswoman of the Year award at the SA Sports Awards ceremony, this year could not have been better for Weyers as the 27-year-old will be eager to continue with her feats next year.

Photo 1 Caption: South African para-athlete, Anrune Weyers, claimed the first gold medal for Mzansi at the 2019 World Para Athletics Championships in Dubai, setting a record and winning the Sportswoman of the Year award at the SA Sports Awards ceremony both on Sunday, 10 November 2019. Photo: @saopaofficial on Twitter