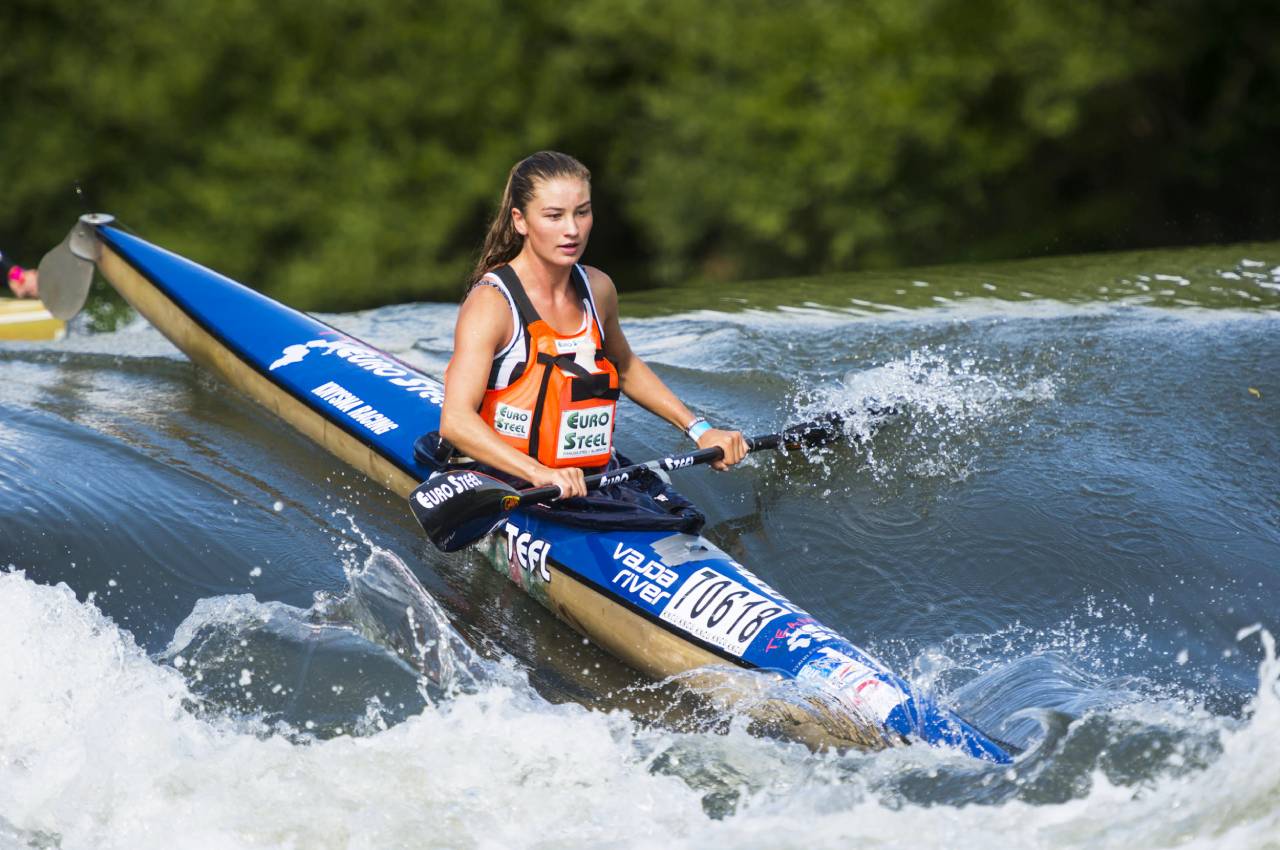 Under 23 paddling star and Dusi K1 champion Christie Mackenzie is considering a trip to Underberg for the 2020 N3TC Drak Challenge, in partnership with FNB, but will have to do some juggling as her new academic year begins the week of the Southern Drakensberg classic from 1-2 February.

The Varsity College student finished fourth in the 2019 Drak behind a strong top three which included the race’s most decorated paddler Abby Solms, 2018 champion Jenna Ward and Bridgitte Hartley.

Mackenzie says to have been able to race against someone like eight-time winner Solms was a privilege.

“It is always fantastic to learn from someone that has so much experience and ability,” Mackenzie said. “She just lifts the level of women’s paddling and to race against her is fantastic.

“At Dusi this year I was lucky enough to have her as one of my seconds and it was great to have her in my corner for once.”

The 21-year-old will have to make a plan about getting herself to Underberg for the race, but it seems that she is keen to make it happen, given her affiliation to that stretch of the Mzimkhulu River.

“I will definitely be up there for the Fast Drak but I am going to have to make a plan to be at the Drak.” – Under 23 paddler, Christie Mackenzie.

“I spent a lot of my childhood in Underberg as my grandparents lived up there, so I have fond memories of the area and the river.

“The Mzimkhulu River was the first river that I paddled on so it has a special place in my heart and I would hate to miss the Drak as it is such a special race for me.

“I will definitely be up there for the Fast Drak but I am going to have to make a plan to be at the Drak,” she added.

Mackenzie backed up her fourth at the Drak with a maiden Dusi Canoe Marathon victory a month later in 2019 and that will once again be her main focus as she and Cana Peek team up for the K2 race. Despite this the Drak is an important part of her preparation.

“The Drak will be part of my training for Dusi but I am not going to take it lightly and will try and do as well as I possibly can.

“The women’s field is always so strong at the Drak and if you can get a good result there then you know that you are on the right track heading into Dusi which is almost a month later,” Mackenzie added.

The N3TC Drak Challenge canoe marathon takes place in Underberg on 1 and 2 February 2020. More information can be found at www.drakadventure.co.za

Photo 1 Caption: Dusi champ Christie Mackenzie is having to juggle commitments that race the N3TC Drak Challenge in partnership with FNB on 1 and 2 February. “The women’s field is always so strong at the Drak and if you can get a good result there then you know that you are on the right track heading into Dusi which is almost a month later,” says Mackenzie. Photo: Anthony Grote/Gameplan Media