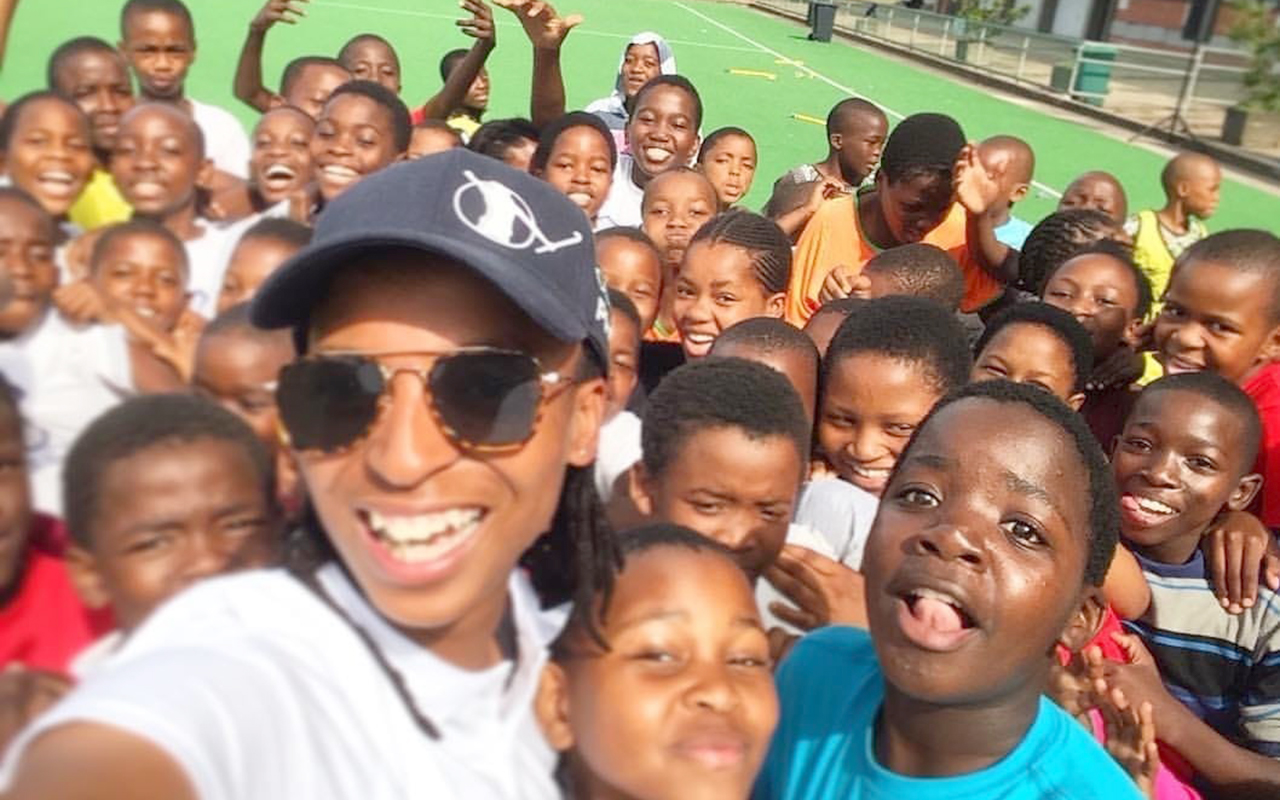 Tsoanelo Pholo’s star is on the rise again, but time, it’s as a coach.

After a memorable hockey career – which included an Olympic appearance in Athens, Pholo is now charting her way as an international hockey coach.

She was recently appointed SA girls hockey coach for the African Youth Games, currently on the go and she keeps improving her qualifications.

Pholo has earned her FIH Level-4 hockey coaching accreditation in the Netherlands, and her ambition to win an Olympic gold medal as a coach looks to be a positive work in progress.

She believes that for South African women’s hockey is to improve in world rankings, developments needs go deep into communities and Corporates need to show their support.

Pholo is inspiring as an ambassador of SA sport. She is the kind of coach that every young hockey player should have access to in terms of her vision, her passion and her drive to bring the best out of the next generation.

She spoke to gsport shortly before leaving for the African Youth Games.

Tsoanelo, congratulations on being appointed SA girls hockey coach for the African Youth Games. How are you enjoying the role?

Thank you very much, I am very excited to be leading such a talented group of athletes.

Late last year, you took the level 3 hockey coaching exams administered by the International Hockey Federation in partnership with the African Hockey Federation, where you receive the highest score. What does this mean for your coaching career?

It was a great stepping stone towards the FIH Level 4 accreditation which I obtained in Breda, Netherlands last week. Having the accreditation is one thing but it is special being named with tops coaches from across the globe. This will definitely open up doors & afford me opportunities that I’d otherwise not have been given.

You have been coach of Wits Women’s Hockey since January 2017, what have been some of the highlights and learnings?

My goal is to always facilitate personal growth as well as sporting excellence and I feel I have achieved that with this group of players. Working with student-athletes has its fair share of challenges & rewards; especially when your players are as ambitious about setting the corporate world alight as they are of becoming great hockey players.

What stands out when you look back at your international playing career representing SA?

My Olympic experience was nothing short of life-changing… Playing in the centenary of the Games, in Athens where it all began was truly something special. I can’t speak highly enough about the friendships I made through hockey; it’s priceless.

The Outdoor World Cup in Spain and Indoor World Cup in Austria were the 2 tournaments that stand out for me because I was playing with the confidence that came with the experience over the years of international sport.

What is your advice to young players and aspiring coaches?

The change for the better starts with you, anything you’ve ever wanted for women’s sport in SA starts with us, we have the power to be that change. We are equally important; we must build each other to make a difference.

What needs to happen to improve the state of women’s hockey in SA?

Development of women’s hockey needs to go wider and deeper; into townships, primary schools and areas that were previously not exposed to hockey. There are thousands of hidden gems in SA, we need to find that talent and nurture it.

We need corporate SA to join us on our quest to climb up the World rankings; it is impossible to run an effective High-Performance setup without adequate financial support.

Who are the people who have helped you get this far in your career?

My 1st coach was Mrs. Gayle Lee but it was Mrs. Sue Hodges who pushed me to the next level. I had more great coaches after that including Gareth Ewing who had an unwavering belief in my ability, sometimes even when I couldn’t see it.

Having the support of the Southern Gauteng Hockey Association throughout my career has been a massive help; Southerns has been my home since I picked up my first hockey stick, and they continue to support my career as a coach too.

If I had to tell about how amazing my family and friends have been, we’d be here all day… they are a blessing the Universe has given me.

What is your greatest ambition in terms of your coaching career?

My greatest ambition is to be a catalyst in spreading hockey throughout Africa, every township, mining town, rural community and urban areas alike. This sport has given me so much and I’d love to see this beautiful continent experience that too.

With all that said, my ultimate goal is to be an Olympic Gold medallist as a coach…

Photo 1 caption: Having recently earned her FIH Level-4 hockey coaching accreditation in the Netherlands, former SA hockey international and now coach of the SA U18 girls at the African Youth Games, Tsoanelo Pholo is dreaming of winning an Olympic Gold medallist as a coach. Photo: Supplied

Photo 2 caption: Coach Pholo’s advice to young girls and prospective coaches is that change for the better starts with you, anything you’ve ever wanted for women’s sport in SA starts with us, we have the power to be that change. Photo: Supplied

Photo 3 caption: Photo is unequivocal about the change taht needs to happen in SA: “Development of women’s hockey needs to go wider and deeper; into townships, primary schools and areas that were previously not exposed to hockey. There are thousands of hidden gems in SA, we need to find that talent and nurture it.” Photo: Supplied