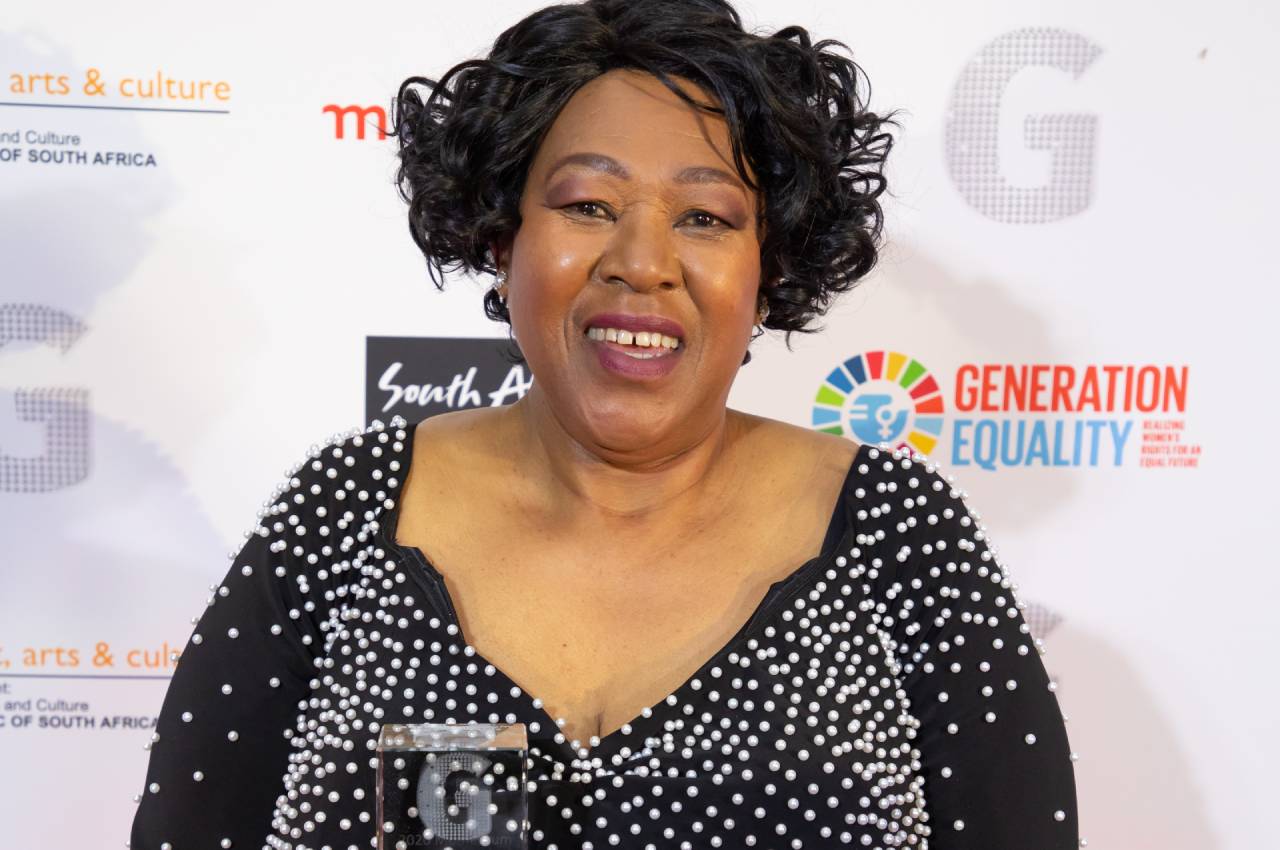 Netball pioneer, Dudu Msane, has been honoured for her selfless contribution to the development of the sport in South Africa as she was inducted into the gsport Hall of Fame at the 2020 Momentum gsport Awards on Monday, 31 August 2020.

Msane, whose contribution to the game spans over 46 years, started out playing at Orlando High School in 1974 when the sporting code was introduced. She fell in love and never looked back.

To date, Msane plays a pivotal role in various communities and at national level, as she shares her vast knowledge and experience for the advancement of the game.

With the 2023 Netball World Cup set to be hosted in South Africa on the horizon, Msane is hoping Netball South Africa will include her and previous coaches and managers to assist in running the event.

What are some of Msane’s biggest achievements in netball? Celine Abrahams finds out!

Dudu, how does it feel to have been inducted into the gsport Hall of Fame?

This is a feeling that is hard to explain. Firstly I was humbled to realise that somebody out of my sporting code is being appreciated for the work they’re doing in our community.

Why do you think it is important for platforms such as gsport to pay tribute to women like yourself, who have paved the way for many of us to get into the sport industry?

Platforms such as gsport are very important as federations are not doing justice to the coaches and management on all the work done by their members. Especially because some don’t even receive any remuneration or a salary. They do it just for the love of the sport!

I started playing netball in 1974 at Orlando High School. We used to play basketball and netball was introduced in schools that time. I might not be correct of the year but it was during my high school years.

After completing my matric, I was interested in playing the sport out of school. The reporter by the name of Dan Tleketle motivated me to start a team in Mzimhlophe Orlando West, Soweto, as he saw that I have the talent.

“As young as I was, I was assisted by my mother (may her soul rest in peace) to get a sponsor for uniforms for the club. That is where my netball career started.” – Netball pioneer, Dudu Msane

As young as I was, I was assisted by my mother (may her soul rest in peace) to get a sponsor for uniforms for the club. That is where my netball career started. I joined a league which was Soweto Netball Association and I never looked back from then.

I then relocated to Sedibeng in 1998 where I joined a team in Sharpeville. The team played stake games and I introduced them to a league. That is where things started. We then joined the league and later the black and white leagues amalgamated. Our league was affiliated with Netball South Africa. I also became the president of Sedibeng netball for more than 10 years. I was selected as a coach for various teams from the region as well.

In 1999, I was appointed as an assistant coach for the u/21 National team that went to the World Youth Netball Championship in Cardiff in the year 2000.

2001-2007 I was appointed as the assistant coach of the National team. Some of my highlights include:

National selector in various NSA Championships and for the national teams.

In your day, what was the state of Netball in the country?

“When I was the head coach, I was always questioned and asked for a plan and when you had that plan to show they would have something to say.” – Msane on the racial barriers in sport in the past.

Blacks were always assistant coaches, we were never trusted to take a team as a head coach. When I was the head coach, I was always questioned and asked for a plan and when you had that plan to show they would have something to say.

How has it evolved over the years?

To be honest, nothing much has changed when it comes to what I referenced above. Hopefully we will see this change at national level in the future.

Despite the inequalities, what are some of the positive lessons garnered from the game of Netball?

As netball is a team sport it teaches you family values. It teaches you respect for others, being trustworthy, accountable and loyalty. Most of all, how to lead with people from different backgrounds.

Having being involved in many projects over the past 46 years, do you have any standouts?

Selection was my favourite, it gave me satisfaction when I saw the team that I selected perform. Also, developing players from a young age.

As we prepare for the 2023 Netball World Cup in South Africa, what we can improve to host a spectacular event?

They should involve previous national coaches and managers to assist in the running of the event, it should not be from the hosting province only. There are a lot of people that have dedicated their life to netball. This is an opportunity to be involved in this prestigious event.

There should also be events to promote the World Cup. The marketing department has a major role to play. There should be competitions and adverts all around the country. Schools to be involved and hope that more sponsors will come in to boost this spectacular event.

What are you hoping to still achieve in your career to uplift the game of Netball in the country?

At my age all I want to do is assist coaches in my area and impart my knowledge to help them with session planning. Also encourage them to obtain their coaching levels as this plays a vital role for appointments at national level.

On my list, I also want to continue developing young players and groom them on how to perform at trials at all levels.