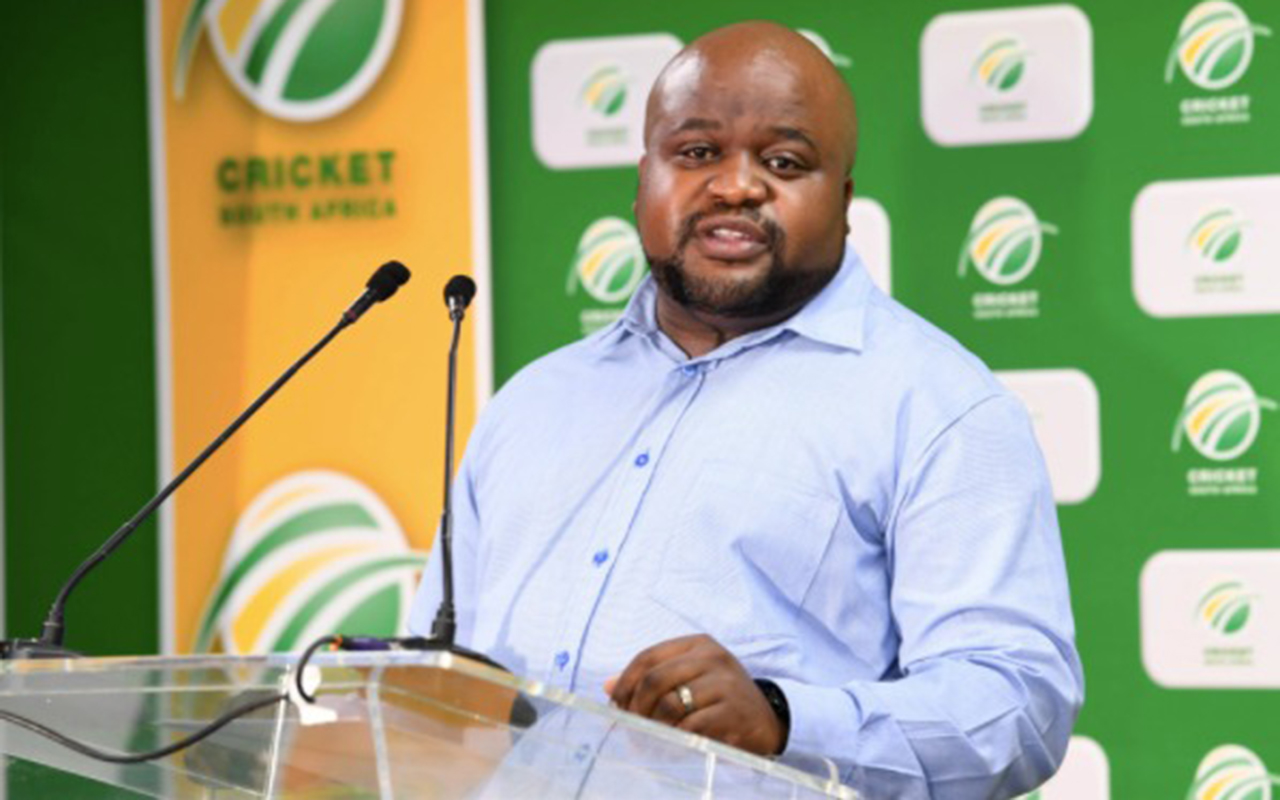 Women’s cricket in South Africa has come a long way, and at various levels, there are champions, both women and men, playing their part to impact the lives of budding women cricketers, coaches and administrators, who dream of making a mark in the game.

One of those champions is Cricket South Africa’s Head of Cricket Pathways, Edward Khoza, who is played a leading role in advancing women in the game from provincial to national level and is eager to continue developing a pathway for young girls to pursue a career in the sport.

For seven years, the Mamelodi-born has headed various strategic programmes which include availing resources at development level and a game-changing workshop to ensure a long-term plan for the future of the Momentum Proteas team.

Khoza, who is vocal about transformation in the sport, admits that the game has changed in terms of inclusion, however, believes that there is still much more to be done to ensure that there is a level playing field.

He reveals the biggest challenge is still access to infrastructure which impacts the growth of the game, a situation CSA is hoping to change soon.

Khoza takes Celine Abrahams on a journey, showing how women’s cricket has progressed, and positioning opportunities available to scale even greater heights.

Edward, thank you so much for chatting to us! Please tell us about your passion for sport and when it developed.

Like any young person growing up in a township of Mamelodi, one grew up with a passion for football as it was the most dominant sport one was exposed. I played for Mamelodi Sundowns juniors from the age of 9 and through the ranks until I decided to take up cricket seriously.

Was it always the plan for you to one day work in the sport industry?

Yes – I saw an opportunity to transform sports from when I was given an opportunity to be the Mamelodi Club Cricket captain at the age of 15 years old. I attended my first club forum meeting at Northerns Cricket Union accompanying our club chairperson, Mr. Vuma. When I arrived, I was amazed by what I saw (that the members representing the clubs were elderly gentleman and predominately white).  At that moment I just realised that there was an opportunity, I thought, if I can hang around that environment long enough, I will gain the much-needed experience that could hold me well after school. I was fortunate enough that I had many individuals that were prepared to mentor, especially Mr. Brian Frost who was a Director of Club Cricket at Northerns Cricket Union.

What made you decide to choose cricket as your sport of choice?

How I joined the game of cricket was purely through the influence of my teacher, Mrs. Moyani who encouraged us to try out the new sport that was introduced in the township back in 1987. On the first Saturday morning, we had a Bakers Mini Cricket coaching clinic and at the end of it we were given biscuits and oranges. The power of biscuits is what led to my cricket career (as I played soccer until the age of 17 years old and the only refreshment I received was water on the side of the field).

You have always been vocal about transformation, especially in the cricket space. How has inclusivity changed over the years in terms of race and gender?

“The biggest challenge is still access to infrastructure which impacts the growth of the game in previously disadvantaged environments as well as the advancement of female cricket.” – Cricket South Africa’s Head of Cricket Pathways, Edward Khoza

The game has changed overtime, however there is still lots of work to be done to really say the playing fields are level and opportunities to partake in the game. The biggest challenge is still access to infrastructure which impacts the growth of the game in previously disadvantaged environments as well as the advancement of female cricket (at KFC Mini Cricket level, 70% of the coaches are female and more than 40% of participants are female as well). These females find it difficult to transition to the hardball level of the game predominately due to access to playing infrastructure. 65% of facilities used for cricket development in the country are owned by the municipalities, and the maintenance of such facilities are of paramount importance in changing the landscape of the game.

For the last seven years, you have played a vital role heading up various strategic programmes. Please can you tell us about the programmes which have helped transform the women’s side of the game?

I will answer this question in 2 parts – from a development perspective one needs to commend the CSA Board and Management at the time for availing resources to ensure that we can grow our base of participation at hardball level through the funding provided to our members – to ensure that schools and club cricket is played.   That identification of talent happens across the board to sustain our future pathway needs.

The second part is at national level – in 2014 we had a game-changing workshop with National Head Coach Hilton Moreeng and Selectors. We assessed the talent at our disposal and planned long-term:

How has women’s cricket changed since you first joined Cricket South Africa?

“The performances of our players has given us an opportunity to keep on attracting and retaining talent in our domestic leagues.” – Khoza speaks on the rise of women cricketers in the country.

What would you say has been one of the most important changes that has seen the Momentum Proteas rise to become a force on a global platform?

Improved support overtime to player contracts (which assisted in retaining talent and availing our players to the leagues around the world). Most importantly, the performances of our players has given us an opportunity to keep on attracting and retaining talent in our domestic leagues. We have developed role models for the global game and credit must go to everyone involved in the development of women’s cricket in the country from Mini Cricket to the national team.

What plans are in the pipeline to ensure that women’s cricket continues to develop from provincial to national level?

The introduction of the ICC Women’s U19 T20 World Cup will advance our strategy and attract more players into the game (2023) due the international participation opportunity. The introduction of the National Women’s U16 age group tournament will further strengthen and create the much-needed opportunity for more female participation at National Level.  The enhanced Talent Acceleration Programme will create more opportunities for identification, playing and coaching talent.

What would you say has been your biggest highlight working at CSA?

Being part of the management team that set out monitoring and measuring tools which are aimed at continuously seeking ways to improve the SA cricket system and provide real sporting opportunities for everyone who want to partake in it.

What are you still looking to achieve in the next few years in your career?

On a personal level, the focus is always to strive for self-improvement – I am currently furthering my studies which will enhance my capability to better serve South African cricket.

On a cricketing front – completing the 2014 mission of winning a World Cup will go a long way solidifying the importance of long-term planning and staying the course irrespective of the challenges encountered (we reached the first goal of our long-term strategy in 2020 at the ICC T20 Women’s World Cup in Australia when we finished in the semi-finals).

Photo 1 Caption: Cricket South Africa’s Head of Cricket Pathways, Edward Khoza, has played a vital role in advancing the women’s side of the game from provincial to national level. Photo: Supplied