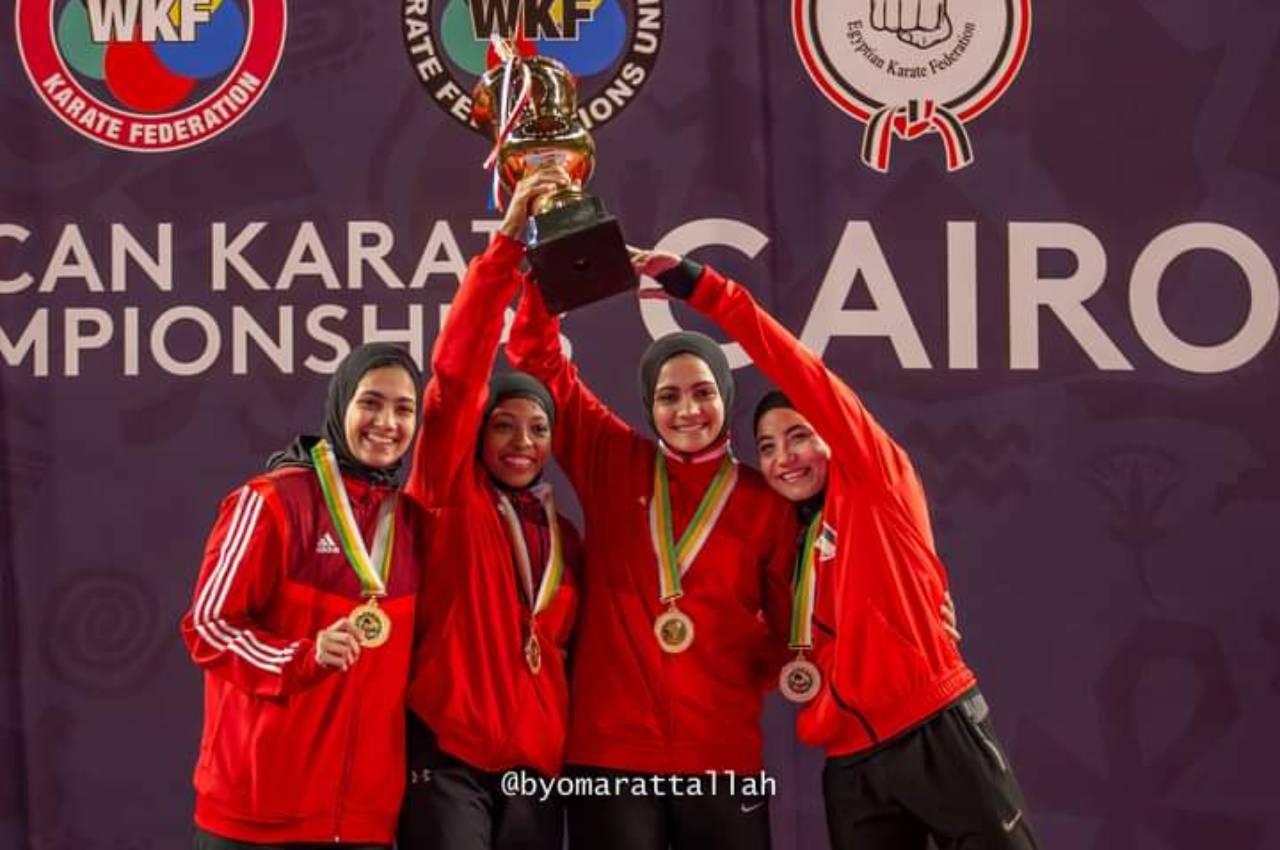 Egypt showcased their strength at the 2021 edition of the African Karate Championships as the host nation were crowned continental champions in Cairo.

The powerhouse nation dominated the women’s category with 17 medals which included 12 gold, 3 silver and 2 bronze medals.

In the Cadet category, Mariam Elezaby and Rahma Toiba won gold medals in Cadet Kata and Kumite 58 kg, while Sara Hassan settled for a silver medal in the Cadet Kumite -47 kg, falling to Algerian Lamis Kessonm in the final.

In the senior category, Ahlam Youssef was one of the stars of the tournament after she won gold medal in the Kumite -55 kg adding a continental title to the world crown she won last month in Dubai, while Aya Heshma won the title in the Female Kata section.

Nigeria’s Omoshuba Rita Ogene put up a top draw performance winning gold in the Kumite -68 kg, while Tunisia’s Chehinez Jemi settled for the title in the Kumite +68 kg.

The biggest surprise of the competition was in the Kumite 50 kg when Algeria’s Cylia Quikene outclassed tournament favourite and World Championship bronze medallist, Nasr Yasmin Elgewily to claim the championship in style.

While Egypt took the women championship title, Algeria came in second to claim silver and Tunisia in third place.

Photo 1 Caption: Egypt showcased their strength at the 2021 edition of the African Karate Championships as the host nation were crowned continental champions in Cairo. Photo: Egyptian Karate Stars (Facebook)