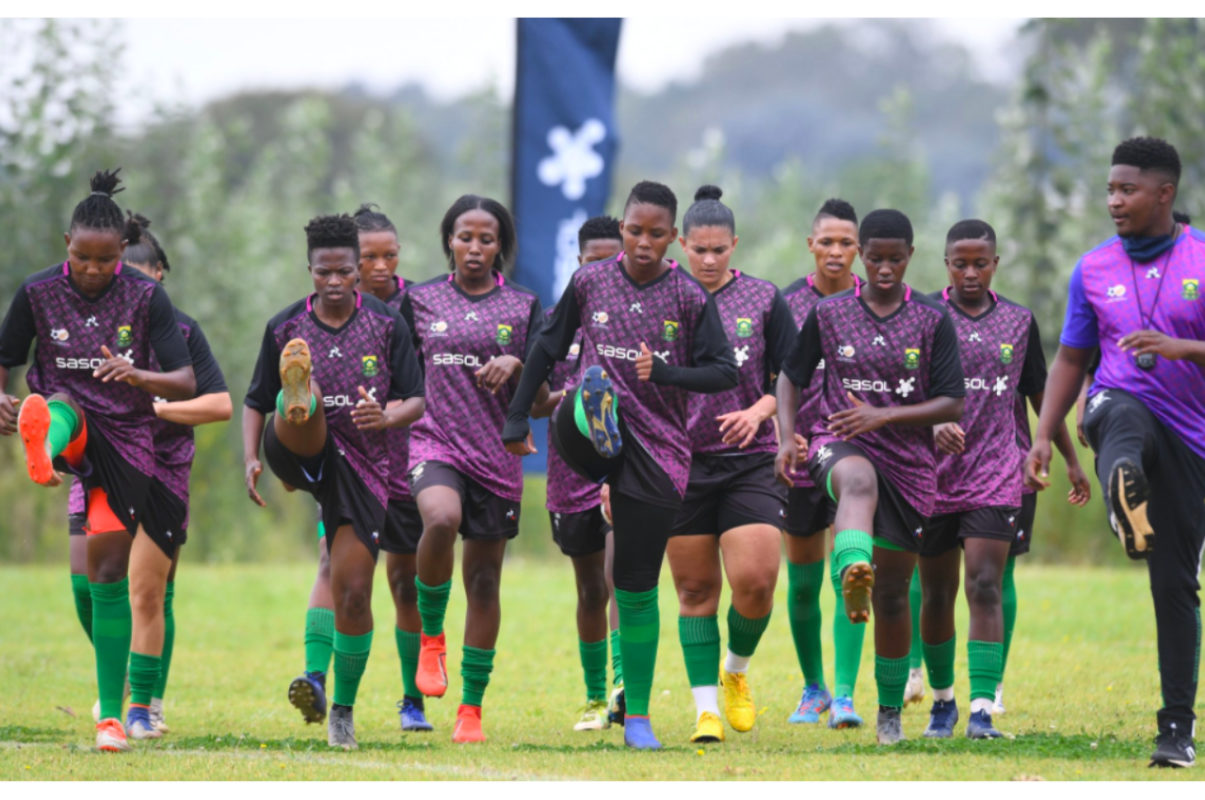 Banyana Banyana head coach Desiree Ellis is hoping to use 2021 as the year to return to full fitness for her squad to gear up for the Africa Women Cup of Nations qualifiers coming up and the tournament itself in 2022 in Morocco.

The South African mentor says she wants to use the upcoming FIFA Calendar dates to bring in the overseas-based players, who haven’t been in the squad for over a year – mainly due to the Coronavirus pandemic.

“We have a couple of FIFA dates coming up and we will try and utilise them by arranging friendly matches – we would like to bring in the overseas-based players back into the squad, because the last time they donned the national team jersey was towards the end of 2019 when we faced Japan, so it is a very long time,” said Ellis.

“We know they have improved because of the regular training and games they are involved in, and that is good for us. If you look at the likes of Nigeria and Cameroon, they have all these experienced players abroad and when they come back they change the mentality and everything within the team, making everything better.

“Hopefully, they will take this team to a higher level and we need to use this year to catch up.” – Banyana Banyana head coach, Desiree Ellis

“So we are hoping for a similar experience. Remember, previously we have one or two overseas, now we have a whole lot of them overseas. Hopefully, they will take this team to a higher level and we need to use this year to catch up.”

The two-time CAF Women’s Coach of the Year adds that they have to be better prepared if they are to get to Morocco, more so because there are now 12 teams that will qualify for the tournament, making the path a bit more difficult to get to the semi-finals, where the top four will qualify for the 2023 FIFA Women’s World Cup in Australia and New Zealand.

“If you don’t plan properly, if you don’t prepare properly then the ranking means nothing because at the end of the day it is the luck of the draw. We have to make sure we use this year to take a couple of steps forward because we have lost a year of action.”

The South Africans have just completed a five-day training camp in Johannesburg – the first activity of the year for the squad – where Ellis took the 18 locally based players through their paces at the SAFA Technical Centre in Johannesburg.

The aim was to assess the fitness level of the players seeing that there hasn’t been any football played since November last year.

“This first camp after five months of inactivity was very crucial for all of us.” – Ellis speaks on the national team camp that was held for the local players at the SAFA Technical Centre

“Even though there are going to be more camps, it was very important to have this gathering right at the beginning of the year because the local leagues haven’t started as yet. This first camp after five months of inactivity was very crucial for all of us,” Ellis admitted.

“The technical team is actually very impressed with what they saw, because we did not expect the players to be at the level they are. The clubs have done very well with their pre-season training and we can only get better from this point going forward.

“After this camp, we believe the players are going back to their clubs fitter, they understand more what they need to do, they have created that culture of competitiveness and they have increased teamwork and that is important for us – that is what we wanted to achieve with this camp and we have done just that.”

The training camp kicked off on Monday, 15 March, with only the locally-based players. Ellis recalled some of those who missed out on COSAFA Women’s Championship in November.

“This camp really helped a lot to show us what we have locally. The players based overseas are playing regularly and they are doing well at a higher level – so our aim is to get as close as possible to that level and try to compete on an equal footing because the next camp we are likely going to have the overseas-based players back and so the mix has to be correct.

“The good thing is that we have a bigger pool of players to call up, so when one is not available we don’t have to worry but we pick up the next player that already knows the system,” concluded Ellis.