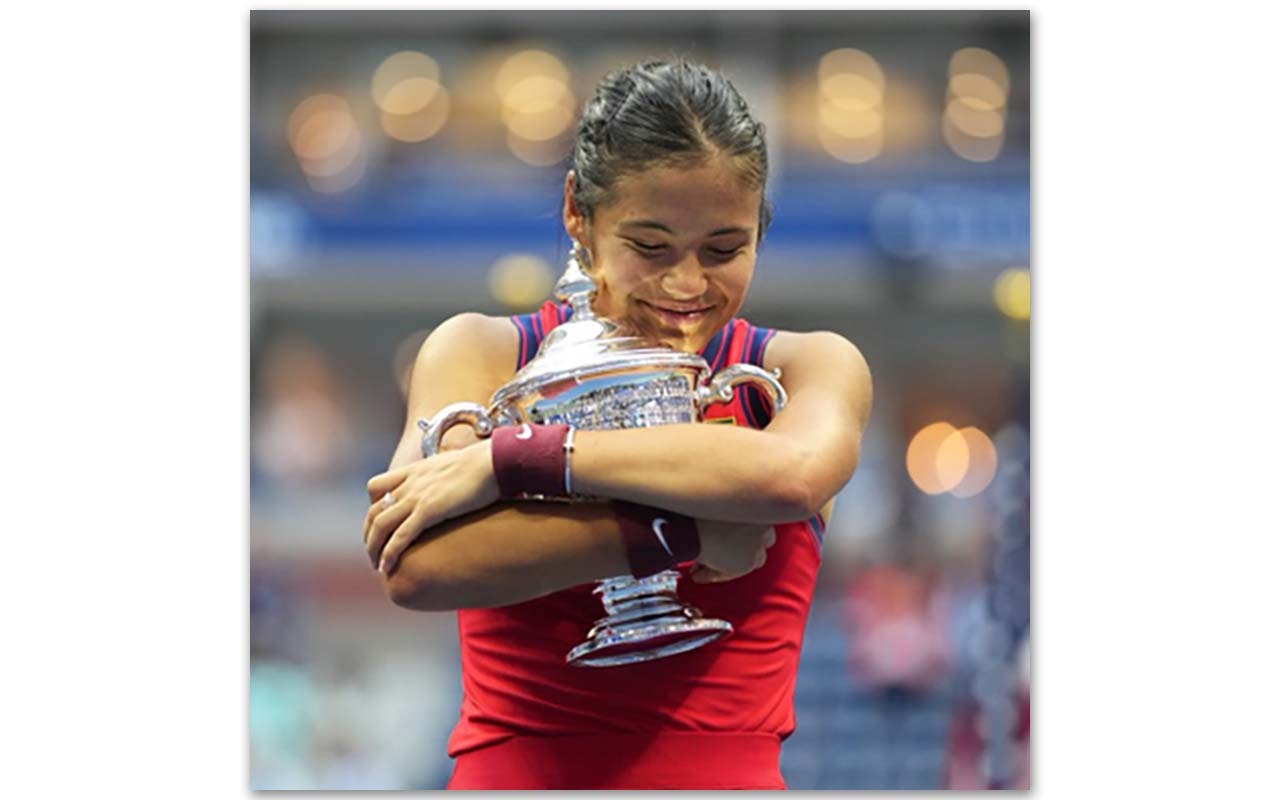 This weekend, playing in only her second Grand Slam, Raducanu beat Canada’s teen sensation, Leylah Fernandez, 6-4, 6-3 in the US Open final, as she continued her run of not dropping a set in the tournament.

Raducanu, who made her professional debut in 2018, is the first ever qualifier to win a Grand Slam title and the youngest Grand Slam winner since Maria Sharapova in 2004.

The British tennis sensation, who was sitting her A levels just three months ago, said after her famous win in New York: “I’ve always dreamed of winning a Grand Slam. You just say these things. You say, ‘I want to win a Grand Slam’. But to have the belief I did, and actually executing, winning a Grand Slam. I can’t believe it. This is everything.”

Raducanu had already caught public attention back in July when she played at Wimbledon as a wildcard, ranked 338 in the world, and went on to become the youngest British woman to reach the fourth round since 1968. She unfortunately had to withdraw from the tournament due to health reasons.

Her sensational US Open win has seen BBC Sport report that Raducanu has shot to the top of bookmakers’ odds to win BBC Sports Personality of the Year. If she wins the award, Britain’s latest breakout sport star, will be the first non-Olympian to win in an Olympic year since 1996 – and the first woman in 15 years.

In England, fans gathered at watch parties to cheer her on, while a peak audience of 9.2 million watched her historic victory on Channel 4 – 39.9% share of total audience and 48% of 16-34 year olds.

According to ESPN this was the first men’s or women’s major final featuring unseeded players since 1968.

Wimbledon.com is reporting that it was the first all-teenage Grand Slam final since a 17-year-old Serena Williams stunned 18 year old Martina Hingis in the 1999 US Open final.

The all-teenage final is turning out to be a boost for the global women’s game and the public can’t stop talking about Raducanu and Fernandez.

Her Majesty, The Queen of England, led the tributes, sending a letter to Raducanu, part of which read: “I have no doubt your outstanding performance, and that of your opponent leylah Fernandez, will inspire the next generation of tennis players.”

'I have no doubt your outstanding performance, and that of your opponent Leylah Fernandez, will inspire the next generation of tennis players.'

Sports teams, major brands, athletes, parents, you name it… they all have something to say about world sport’s newest role model.

@EmmaRaducanu It was lovely to watch you with my 14 year old daughter. The first tennis match she’d watched, teaching her the scoring and both on the edge of our seats. You were amazing. What a role model #USOpen #Champion

Tennis legend Martina Navratilova tweeted: “A star is born- Emma Raducanu makes history – never has a qualifier won a major- men or women- and she is just getting started. And will never have to qualify again:) Leylah Fernandez will be back -both are champions but Emma has the trophy- well done!!! #USOpen

Going into the US Open, Raducanu was ranked 150th in the world and will now rank 23rd in the world.

She told the BBC: “I have got no idea what is going on, I have got no clue, but anything that comes my way I am ready to deal with it.