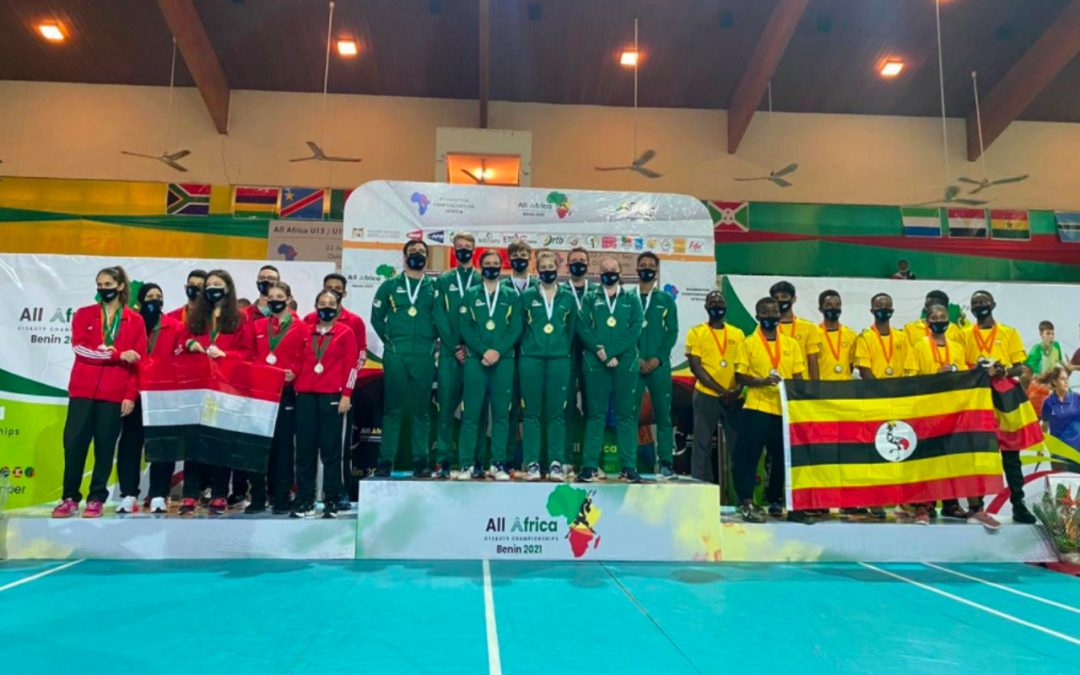 South Africa’s U19 Badminton team succeeded in imposing control over medals and awards at the All Africa U19 Championships in Benin.

The team managed to finish first in the championship, swooping seven medals – 4 gold and 3 silvers.

Not content with winning the silver medal in the singles’ event, Ackerman teamed up with Diane Olivier to claim top honours in the doubles, thumping the Egyptian pair of Nour Ahmed Youssri and Jana Hesham Mohamed Abdelkader (21-19) (26-24).

The mixed doubles final at the championship was a South African affair as Robert White teamed up with Amy Ackerman, whilst Diane Olivier paired with men’s singles gold medalist, Caden Kakora. It was White and Ackerman who were victories in the final, defeating their counterparts (21-17) (21-14).

This year’s edition of All African U-19 Badminton Championships attracted a total of 13 countries, and South Africa were crowned overall champions.

The South African team dedicated their trophy to the President of Badminton South Africa Dr. Klass Visser who passed on 29 August 2021.

Photo 1 Caption: South Africa’s U19 Badminton team succeeded in imposing control over medals and awards at the All Africa U19 Championships in Benin. Photo: Badminton SA (Facebook)