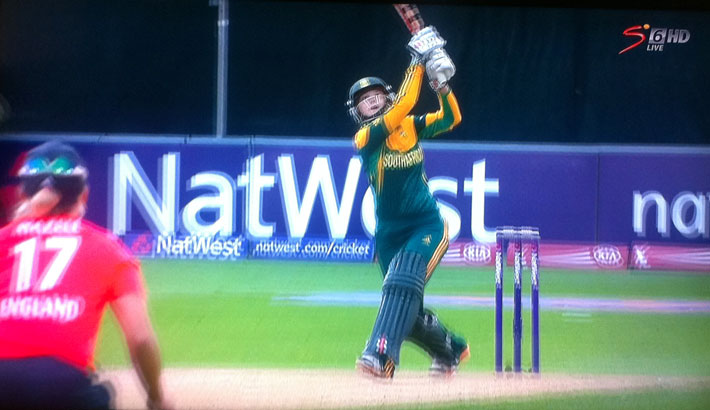 A clinical performance by England women saw them beat the Momentum Proteas by nine wickets in the first women’s Twenty20 (T20) international, at Chelmsford on Monday.

The hosts won the toss and elected to field in South Africa’s first televised series match, restricting them to 89/4 at the end of their innings.

Good bowling efforts by Natalie Sciver, Danielle Hazell and Katherine Brunt saw them finish with a wicket each, while tight ground-fielding ensured the visitors could not hit more than their seven boundaries.

Dané van Niekerk was the leading run scorer with 36 off 54 balls before she was bowled by Hazel at the start of the 15th over, after they had lost Trisha Chetty early on for four, in the third over.

South Africa lost two more wickets when Lizelle Lee was run out for four, followed by captain, Mignon du Preez’ (28) departure curtesy of blinder of a catch by Lydia Greenway in the 18th over.

The hosts’ response was swift and precise. They reached their target in 13.2 overs, with just the loss of Lauren Winfield, who was run out in the fifth over for four, thanks to an impressive direct hit from van Niekerk.

England captain, Charlotte Edwards was in fine form, scoring her ninth T20 international half century and ending the match with an unbeaten 62 from 54 balls, with Sarah Taylor adding 21* off 22 balls for the win.

The second T20 will be on Wednesday, 3 September at Northampton. It will be broadcast live on SuperSport 7 from 19:15.

Photo 1 caption: Dané van Niekerk was the Momentum Proteas’ leading run scorer (36 off 54 balls) in the first of three T20 Internationals, against England in Chelmsford on Monday evening. After posting an under-par 89/4, England brought up the asking total in the 14th over, for a nine-wicket series opening win. Photo: Screengrab of the Supersport match broadcast