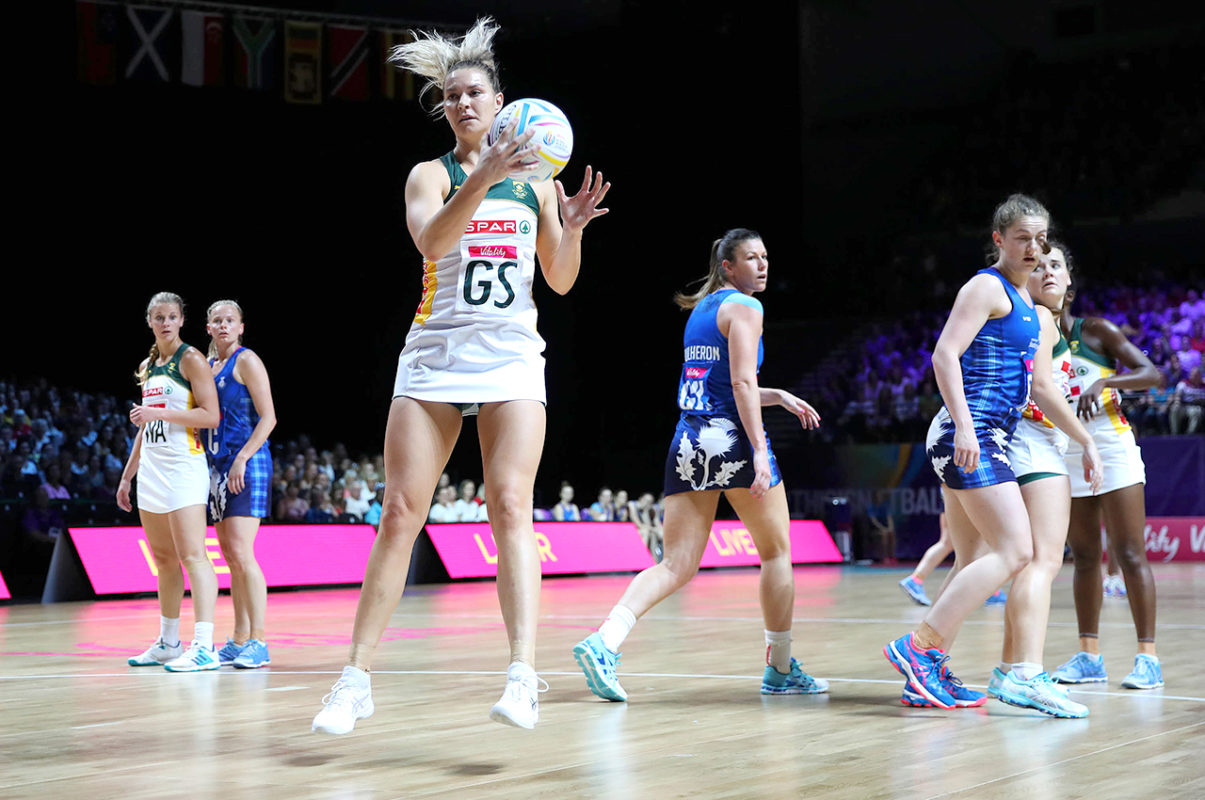 The SPAR Proteas began their Preliminary Stage Two match against Scotland and walked away with another victory in the bag, with a winning score of: 66-38.

The South African side have been impressive since the start of the Vitality Netball World Cup, winning all four of their matches, so far. However, their fumbling start in the encounter against the Scots saw the ladies going down 5-3 in the earlier stages.

The South African’s threat was never far away, though, and with good interplay between captain, Bongi Msomi, Izette Griesel and Renske Stoltz saw the Proteas claw their way back into the game and eventually establish a 15-10 lead at the end of the first quarter.

As the match progressed, the final quarter was more a defensive affair as each side struggled to find goal opportunities in the first five minutes. In the end, the Proteas’ resilience paid off as they managed to push through and claim the win.