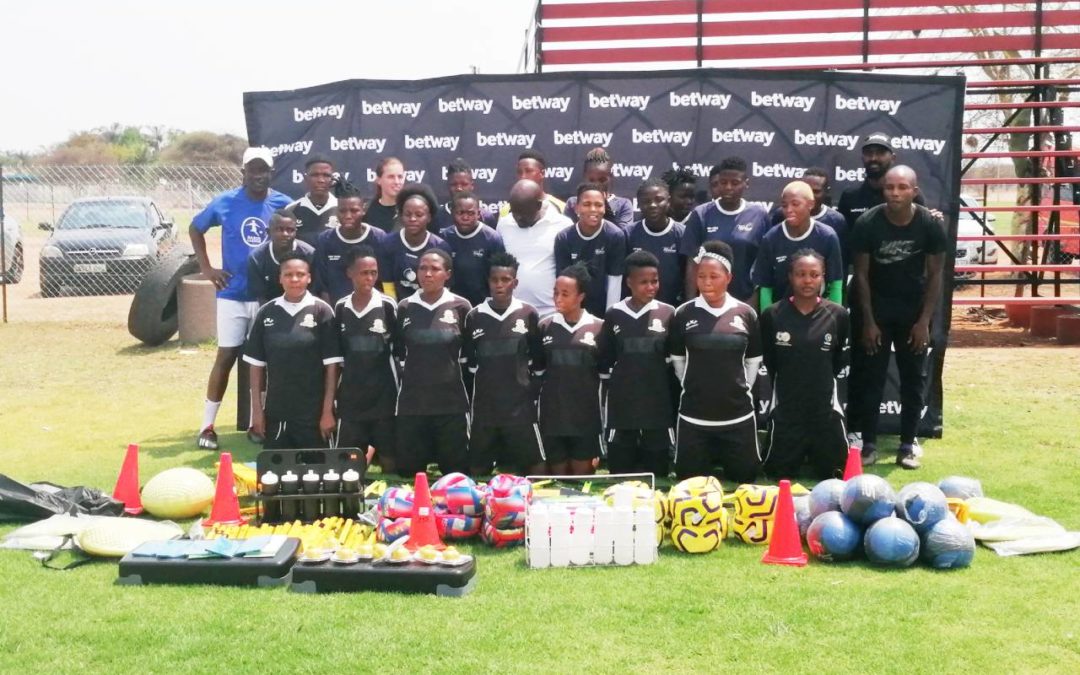 Limpopo side First Touch Academy will be hoping to be the first team to beat Mamelodi Sundowns Ladies in the SAFA National Women’s League when the two clubs meet in a high-profile fixture on Saturday, 26 October 2019.

First Touch will host Sundowns at Seshego Stadium in Polokwane at 12h00 – the match has been brought forward from the initial 15h00 start due to an ABC Motsepe League clash taking place at same venue on the same day at 15h00.

Sundowns remain the only unbeaten side in the 2019 campaign and have won all their seven matches. They have scored 23 goals (two less than second placed Tshwane University of Technology – TUT) and have only been breached twice in the seven games. Sundowns have 21 points – two more than TUT.

First Touch started the season slowly but seem to have found their footing. Led by Banyana Banyana defender, Noko Matlou, they are now third with 14 points following two draws and a loss where they scored 18 goals and conceded nine. Sundowns laboured to a 1-0 victory over Bloemfontein Celtic Ladies in their last match, while First Touch registered a 2-0 win against Thunderbirds.

Other matches taking place also on Saturday see Celtic taking on Golden Ladies at the Montshiwa Stadium in North West, Coal City Wizards host Thunderbirds FC at the Witbank Rugby Stadium, while the University of the Western Cape welcome TUT at the UWC Stadium in Cape Town.

Tsunami Queens will be hoping for their second win in a row when they travel to the Soweto UJ Campus for a date with the University of Johannesburg, while the live match on SABC 1 will be the between Durban Ladies and bottom of the table Richmond Ladies. The clash takes place at the Nike Football Centre in Pimville, Soweto.

Durban Ladies and Richmond Ladies have four and three points respectively after second rounds of matches. All games kickoff at 15h00.