There was a certain amount of confusion at the end of the round-robin section of the SPAR National Championships at the Royal Bafokeng Sports Palace in Rustenburg on Thursday, when it was revealed that instead of playing semi-finals, as originally scheduled, the top four teams in each pool would play quarterfinals on Friday morning, with the winners playing the semi-finals in the afternoon.

“The teams should have been told earlier,” said Netball South Africa president Mimi Mthethwa, “But I have had a meeting with all the presidents of the unions involved, and they have accepted the change.

“It was agreed that the teams coming third and fourth in their pools should have a chance to fight for a place in the semi-finals,” explained Mthethwa, “So as to balance the results of the pools.”

While defending champions Gauteng North have been the strongest team throughout the championships, Dr Kenneth Kaunda emerged surprise winners of Pool 2, when they beat the more favoured Gauteng Central 54-36 in one of the best matches of the day.

“They’re very young, but they succeeded because they played as a team,” said coach Dorette Badenhorst. “The majority of them are under-21 or under-19, but we have a player like former SPAR Protea Leigh-Ann Zackey to add experience,” added Mthethwa.

“Because they are young, they are very fit and have a lot of stamina, and can outrun and outlast teams with older players.”

Gauteng Central coach, former Protea Martha Mosoahle Sam, said her team played badly on Thursday, and this had cost them dearly. “Today was the real test, and they didn’t come to the party,” she said. “We fell behind in the first quarter, when they were ahead by 15 goals to five, and after that we were always playing catch-up.

“We came back strongly in the second quarter, and at one stage were just four goals behind, but Kenneth Kaunda are a good team and you can’t come back against a team like that.”

Morning world! What's up with the weather outside! Its windy, wet yet warm and its winter in #RoyalBafokeng #Rustenburg ???

Both coaches had prepared for semi-finals, and had not expected to have to play an extra match. “It throws everything out,” said Sam.

“Yesterday, we knew that the four semi-finalists would be Gauteng North, Gauteng Central, ourselves and Mangaung,” said Badenhorst. “All that had to be decided was who would play who. Now we have to play an extra match, and to play two crucial matches on the same day.” 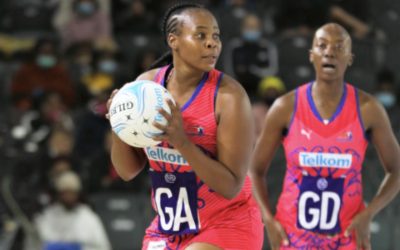 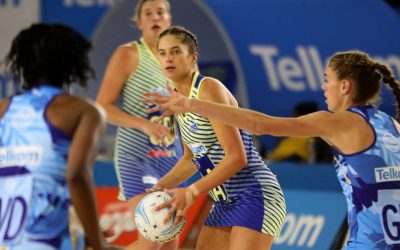