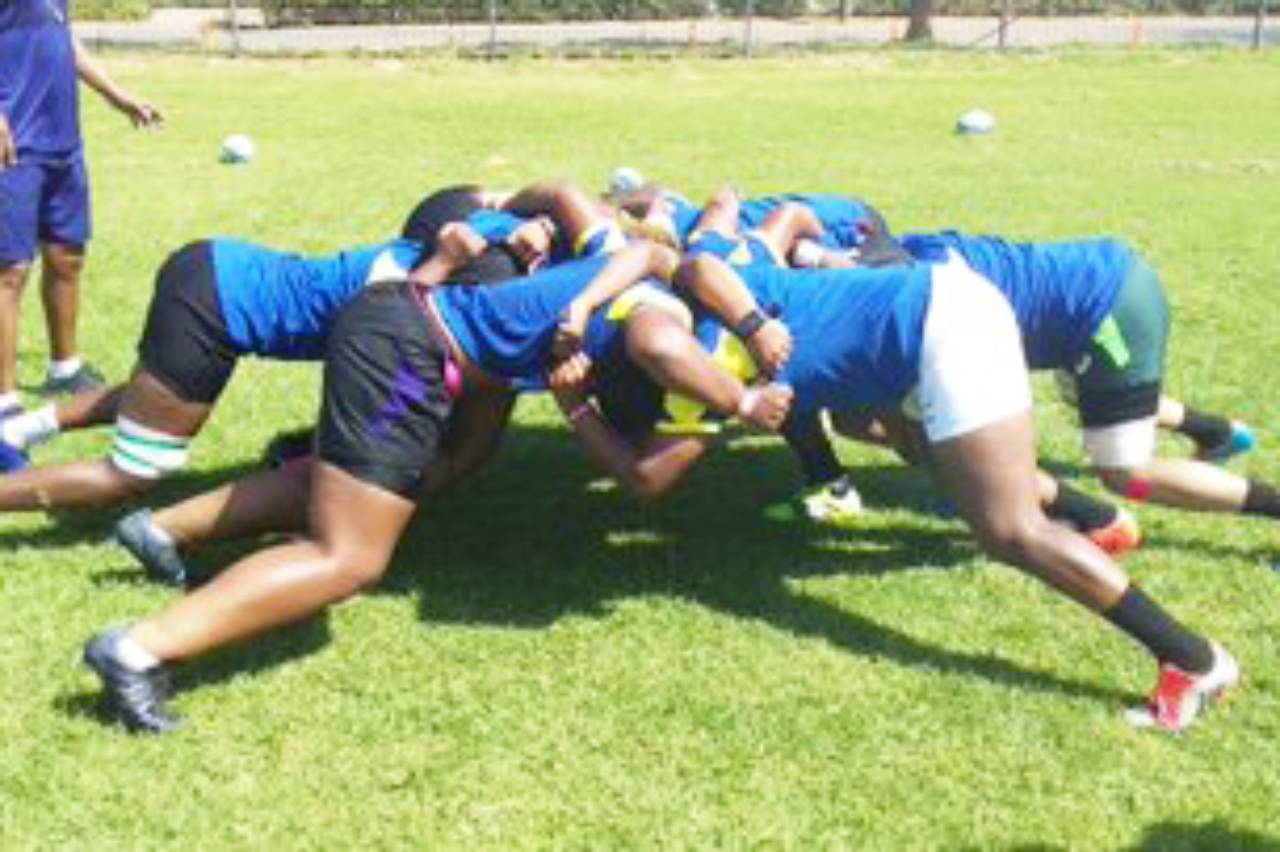 Chumisa Qawe (centre), Anacadia Minnaar (flyhalf), Nomawethu Mabenge (winger) and Edwaline Dickson (No 8) could make their Springbok Women’s debuts against Scotland at the City Park Stadium in Athlone, Cape Town, on Monday after being named in coach Stanley Raubenheimer’s match-day squad for the clash.

The match, which kicks off at 17h00, is the first of two Tests against Scotland and the third international for the team stretching over two weeks. The sides will meet again at the same venue on Saturday, 5 October.

Raubenheimer’s starting team showed five changes to the side that took the field against Spain a little over a week ago, which will see Qawe join forces with Aphiwe Ngwevu in the midfield, young flankers Phelisa Mrwebi and Nompumelelo Mathe forming a new-look loose trio with hard-running No 8 Aseza Hele, Mabenge and Piwokuhle Nyanda being named as the wingers, and Minnaar forming a new halfback combination with the experienced Tayla Kinsey (scrumhalf).

Dickson, meanwhile, will provide looseforward cover off the bench.

Qawe’s inclusion in the starting team means she could have the honour of being on the field at the same time as her twin sister, Chuma – who has been named among the replacements – in a fully-fledged international fixture for the first time.

“We were forced to make changes to our squad since the 2021 Rugby World Cup Qualifiers due to injuries and some players returning to the Springbok Women’s Sevens set-up, which has resulted in a few new players receiving an opportunity to play at this level,” said Raubenheimer.

“Fortunately, we had an opportunity to see some of them in action when the SA Select Women faced the Spain Invitational XV, but for others this is where we will find out if they can cope with the pressure of Test rugby.

“Anacadia, in particular, has a big task ahead since she is in a position that requires her to dictate play. But hopefully she will step up to the occasion and deliver on the promise she showed for the South Africa U20 Women and for her provincial team in the last few months.”

Raubenheimer said there were a few key areas that were vital for his charges to deliver a quality performance on Monday.

“The biggest thing for me is that we keep building our performance to ensure that we improve steadily,” said the coach.

“We have had to switch our team in the last few matches, which makes things tougher, and with a few uncapped players this week and a new flyhalf, it could take time to find our feet.

“But that said, if we can retain possession for longer periods, make fewer unforced errors and concede fewer penalties than against Spain, I will be pleased.”

Raubenheimer expected a physical onslaught from Scotland, but he said the focus in camp this week has been on ensuring that their systems are placed to deliver a quality performance, rather than paying too much attention to what the opposition has to offer.

“Our focus has been purely on our structures this week, rather than looking at Scotland,” said Raubenheimer.

“We have the opportunity to face them twice, which is nice because we can track our improvement from one game to the next.

“That said, we expect them to play like most of the European teams, with a forward-dominated approach and solid set pieces. So, we will have to front up to that, and hopefully we can create chances for ourselves throughout the match.”

The match will be streamed live on www.springboks.rugby.

Photo 1 Caption: The Springboks team in training in Stellenbosch ahead of their first match against Scotland on Monday, 30 September 2019. Photo: @WomenBoks on Twitter