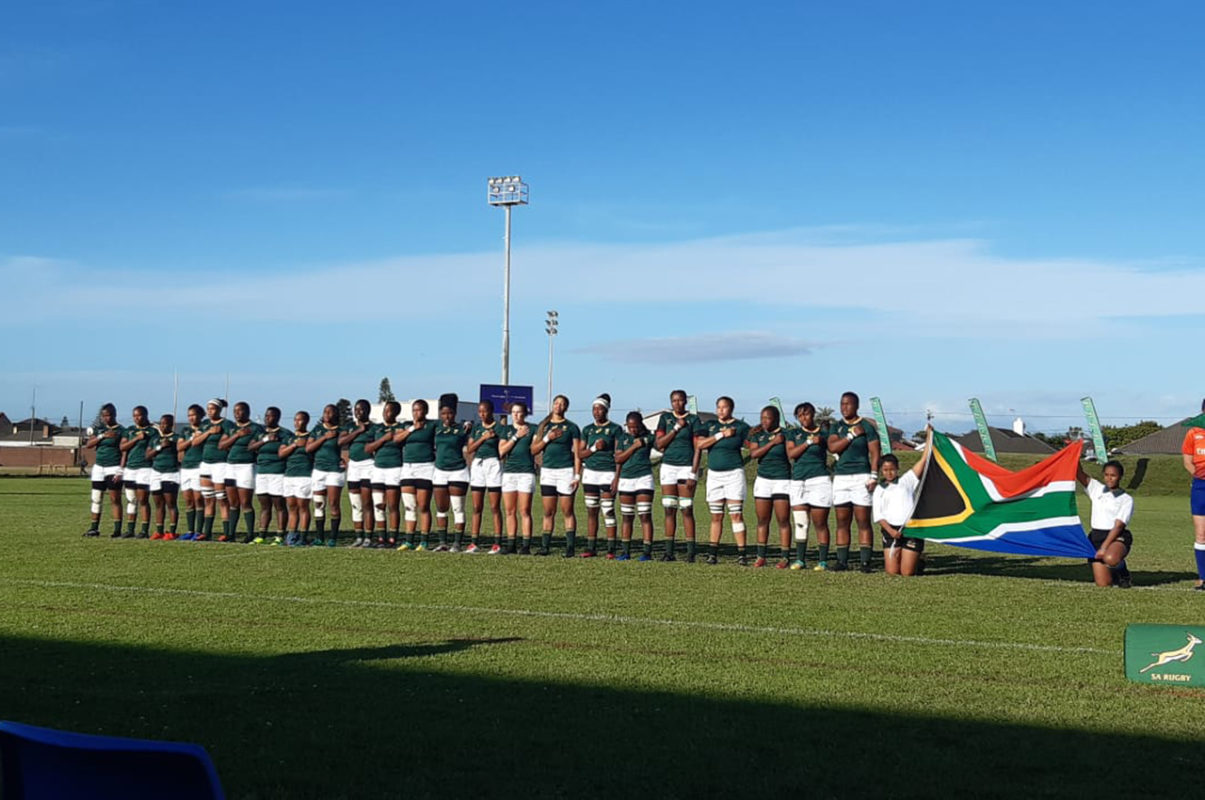 Springbok Women’s coach Stanley Raubenheimer singled out poor defence and his team’s struggle to capitalise on their scoring opportunities as the main contributing factors to their disappointing 47-5 defeat against Scotland at the City Park Stadium in Cape Town on Monday.

Scotland showed their intent from the outset, scoring four tries to none in the first half, which pushed them 22-0 ahead going into the break, and they added four more in the second half while limiting the hosts to one for the convincing victory.

“I am very disappointed, it was a tough day at the office.” Springbok Women’s coach StanleyRaubenheimer.

“There are a lot of things we need to work on, which we will do during the week, and hopefully we will come out with a better performance on Saturday,” said Raubenheimer.

“Our defence is a concern, that is one area we need to have a serious chat about, and handling errors and penalties conceded were again an issue. As a team we are learning slowly, but we need to take the lessons from that.”

Looking ahead at their next fixture against Scotland on Saturday, Raubenheimer said: “One always needs to try to build on something. I thought our scrum was good and we created a few chances, although we could not use them.

“But we need to improve overall I think, from an attitude and intensity perspective, as well as in our effectiveness in general.”

Rollie puts First Points on the Board

Chloe Rollie (fullback) put the first points on the board in the third minute after the visitors spread the ball into space from a lineout, and Rhonda Lloyd (winger) added their second try three minutes later compliments of more effective handling and hard running, which handed them a 12-0 lead.

The Springbok Women were reduced to 14 players soon after withChumisa Qawe (centre) receiving a yellow card in the 11th minute for a dangerous tackle, and Scotland took full advantage of this with Lloyd earning her second try after a great burst of pace to get around the defence.

The visitors continued to show patience on attack and used their superior territory and possession well, which paved the way for Rollie to score her second try as she navigated her way through the defence after a few phases on attack.

The Springbok Women fought back strongly late in the half and they got close to the tryline on three occasions, but a combination of mistakes at crucial times and good defensive pressure from the Scots denied them from breaking through, and saw them trail 22-0 at halftime.

Scotland wasted no time inflating their score in the second half with Lisa Thomson (winger) touching down in the first minute, but this was cancelled out minutes later by Springbok Women’s No 8 Aseza Hele, who used her pace and power to force her way over the chalk.

The Springbok Women were again reduced to 14 players in the 52nd minute as Phelisa Mrwebi (flanker) received a yellow card for cynical play, and Scotland opted for a penalty goal in front of the posts to take a 30-5 lead.

Scotland Finish Match on a High

Scotland once again took advantage of the extra player on the field with Helen Nelson (centre) scoring their sixth try after sprinting through a gap in the middle of the field, and they added another minutes later with Abi Evans (replacement winger) forcing her way over the chalk to stretch their lead to 42-5 with 14 minutes to play.

In stark contrast, Scotland made the most of their last chance on attack with Evans dashing through for her brace and a convincing 47-5 victory against the Springbok Women.

The teams will meet in their second Test at the City Park Stadium at 15h00 on Saturday.

Photo 1 Caption: The Springboks team pictured ahead of their first of two Test match series against Scotland, where the final result saw the visiting team winning 47-5 at City Park Sports Ground in Cape Town on Monday, 30 September, 2019. Photo: gsport