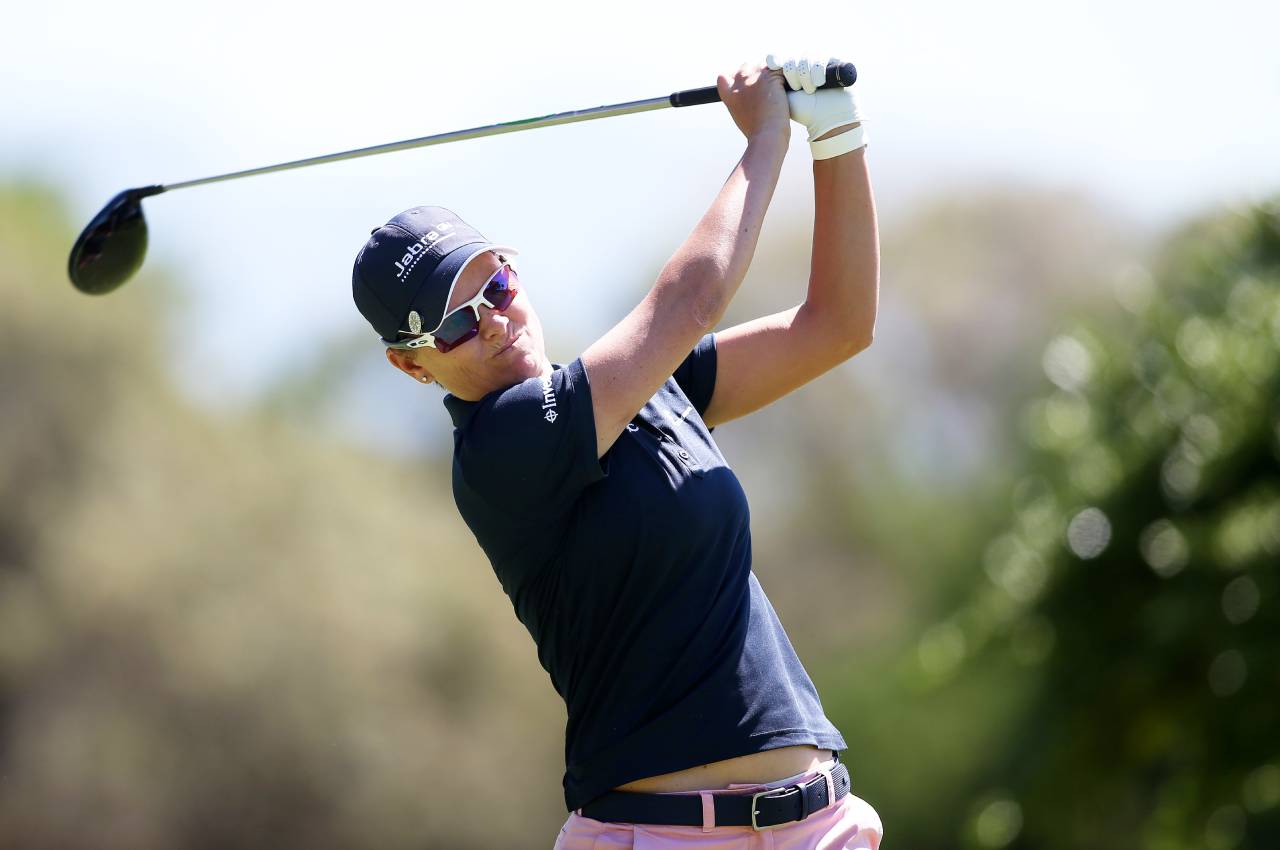 South Africa’s Lee-Anne Pace and popular French golfer, Anne-Lise Caudal, will put their long-lasting friendship aside when they tee it up in the Cape Town Ladies Open at King David Mowbray Golf Club from 29-31 January.

Pace and Caudal struck up a friendship when the South African first started competing on the Ladies European Tour in 2008 and they have been fast friends since.

“Anne-Lise and I always support each other; in fact, I’m even going to caddy for her next week in the final stage of the LET Q-School, but we have both set ourselves goals for this season,” Pace said.

“We will still be travelling together, but once we get on the course, the gloves will come off, starting at the Cape Town Ladies Open. With the incentives on offer this year, it’s every woman for herself.”

Pace is undoubtedly South Africa’s most successful golfer since Major champion Sally Little with nine LET wins and a LPGA victory under her belt. She also leads the Sunshine Ladies Tour champions’ list with 12 victories since the women’s professional circuit launched in 2014, including a Cape Town Ladies Open double.

And, she will be looking to revenge two agonisingly close missed calls last year.

“I am keen to get back on the winning track.” – South African golfer, Lee-Anne Pace.

Pace looked on course to make it a hat-trick of wins at Royal Cape Golf Club after sharing the 36-hole lead with amateur Kajal Mistry. However, the Paarl golfer was beaten to the winner’s circle by former SA Women’s Masters champion Carrie Park and overhauled by Caudal and Mistry, who tied for second, in a mammoth final round tussle.

A week later, she was hunting a record fourth Investec South African Women’s Open crown, but once again the South African was denied when Indian rookie Diksha Dagar beat her by one shot for a maiden Ladies European Tour victory at Westlake Golf Club.

“It was still hugely disappointing to come so close and for the first time, not lift a single trophy,” Pace said.

“I am keen to get back on the winning track and it would be great to start off with a win in Cape Town and to then come full circle at the end of the season and win the Investec South African Women’s Open a fourth time.”

Cape Town has certainly been kind to Pace in the past and if she does triumph in the season-finale Investec South African Women’s Open, she not only own the tournament record for most victories, but also bank exemption into two Majors – the Evian Championship and the AIG British Women’s Open – and playing privileges on the Ladies European Tour for the 2020 and 2021 seasons.

“Those are huge incentives to play for and I also have my eye on the R100 000 bonus for the Investec Order of Merit. It all starts in Cape Town at the end of January and I’m really determined to start the Sunshine Ladies Tour with a strong start and to build from there.”

Caudal, who enjoyed her first taste of success on the Sunshine Ladies Tour in the inaugural Jabra Ladies Classic at Glendower Golf Club, also has a score to settle in the Mother City.

“We are pleased to extend our long-standing relationship with the Cape Town Ladies Open.” – Executive Mayor of Cape Town, Dan Plato.

“I was a runner-up the last two years in the Cape Town Ladies Open, so I am hoping a new year and a new course brings me some good luck,” Caudal said. “It was really great to win last year after so many close calls over the first six seasons. It definitely boosted my confidence and I would love nothing more than to make a winning start in 2020 in Cape Town.”

The City of Cape Town is not only hosting the season-finale at Westlake for a third successive year but backing the Cape Town Ladies Open for a sixth year running.

“We are pleased to extend our long-standing relationship with the Cape Town Ladies Open as part of the Sunshine Ladies Tour series,” said Dan Plato, Executive Mayor of the City of Cape Town.

“Teeing off at one of the country’s top golf courses, the King David Mowbray Golf Club – with its impressive manicured fairways and beautiful greens – this year’s competitors are again in for a spectacular experience in the Mother City.

“As the supporter of the tournament for the last six years, the City of Cape Town has sought to partner with events aimed at developing the women’s game while also nurturing the next generation of the country’s top golfers.

“We believe sport development programmes play a vital role in development and tournaments such as these provide a chance for young talent to be nurtured to their full potential. The Cape Town Ladies Open is now one of the most anticipated tournaments on the golf circuit and, in a short period, it has become a significant feature on Cape Town’s annual events calendar.

“As the City administration, we also welcome the economic opportunities which arise through events such as these and the increased spend at our world-famous attractions. Our city is renowned as an outdoor adventure destination with beautiful mountains, rivers, streams and beaches that complement our world-class infrastructure and we hope the competitors will take the opportunity to explore some of these and see more of what Cape Town has to offer. We look forward to another exciting and successful edition of the Cape Town Ladies Open.”