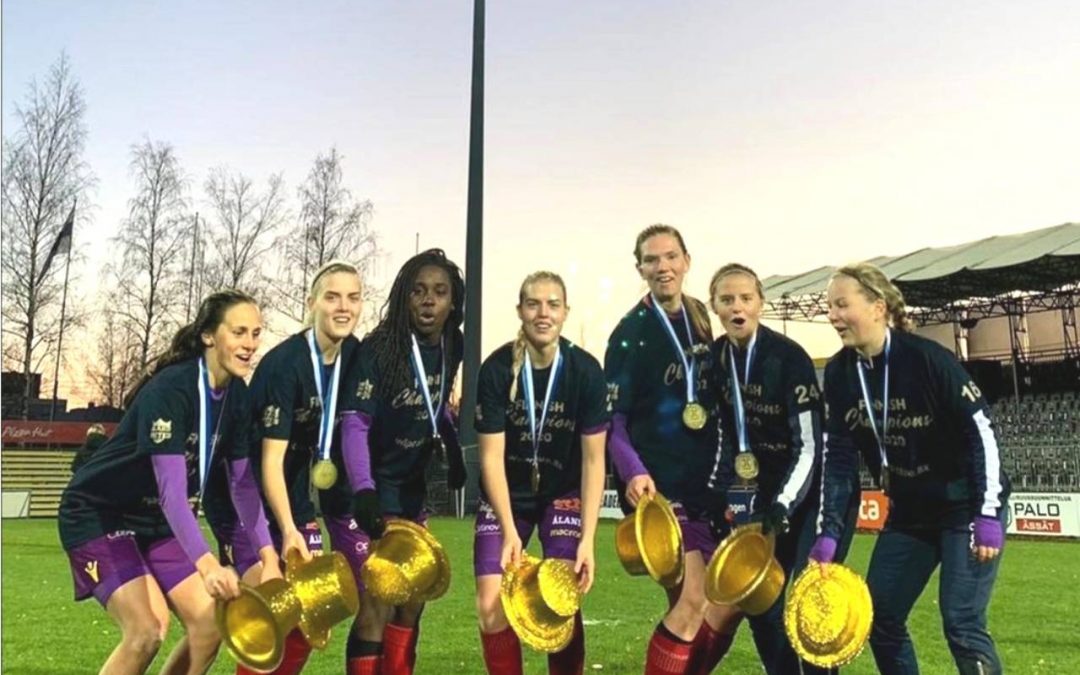 Fulutudilu helped her side complete a historic double title triumph following a 3-1 victory over Honka.

Finnish league champions and did a double clean sweep first time ever in club history. pic.twitter.com/Jj3UDn8SSD

Going into the encounter, the 30-year-old had been in breathtaking form, scoring her second brace for the season in the penultimate match against KuPS Kuopio.

Since arriving at the club in January this year, Fulutudilu scored seven goals in 15 occasions, finishing off the season as the team’s top scorer.

This victory will see Aland make a return to the UEFA Women’s Champions League since 2015.