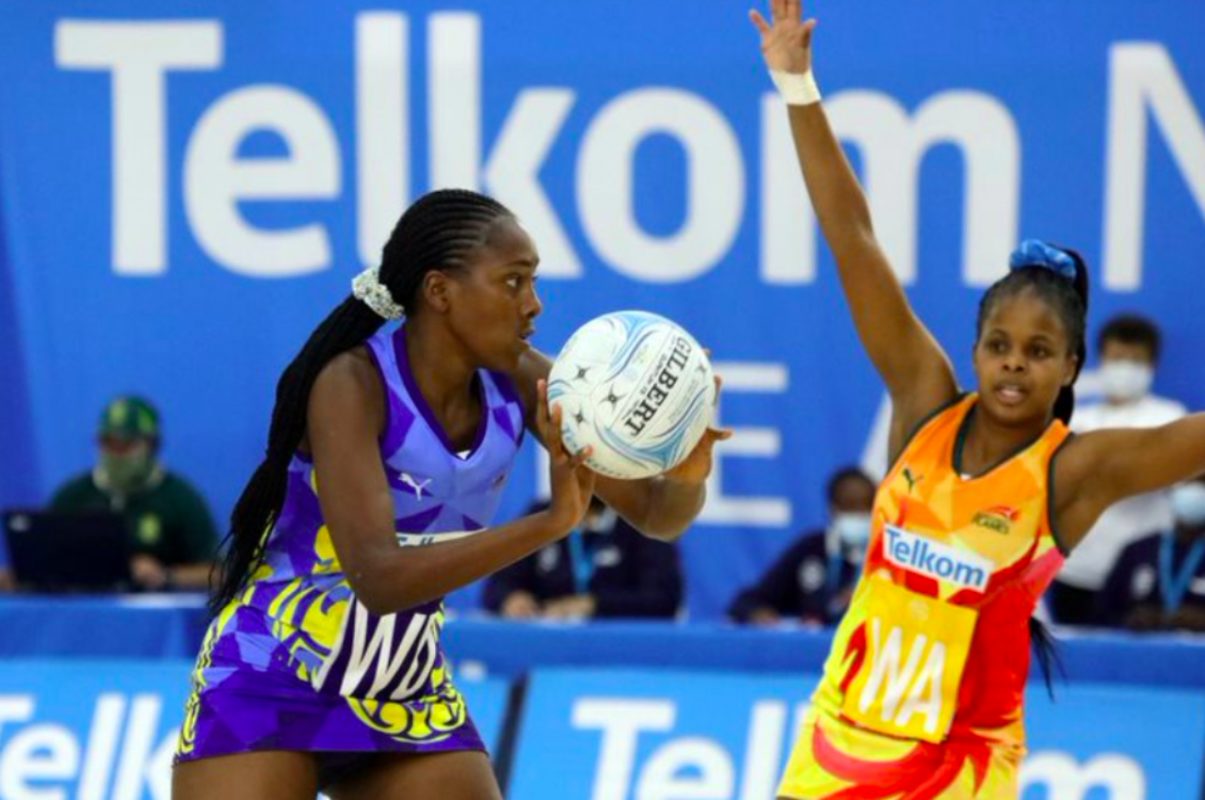 Jaguars continued with their winning ways beating Flames 66-19, finishing the first leg of the Telkom Netball League unbeaten and sitting comfortably at the top of Division One.

Flames will need to use the break effectively ahead of the second leg having lost all their matches. Last year, the North West team managed to win four out of ten games and finished second last subsequently missing out on a place in the semi-finals.

Fireballs’ fighting spirit in the third quarter didn’t yield any results in the end as they lost 49-38 to Kingdom Stars. Stars had an impressive start, leading 14-6 in the first quarter but the tension lifted during a tight third quarter as Fireballs attempted to stage a comeback. Fireballs closed the gap in the championship quarter after winning 10-8 but it was the KZN side that maintained their momentum to win the game. This was the second encounter between the two sides in the first leg with Stars securing victories in both matches.

An arm-wrestle in the first quarter saw Mpumalanga Sunbirds and Eastern Cape Comets drawn heading into the second quarter. Both teams were desperate for their second win in the competition, but it was Sunbirds’ strong defensive pressure that got them a 36-27 lead in the third quarter. Despite both teams making twenty-eight turnovers apiece, it was Sunbirds who succeeded in converting most of them to win the game 49-42.

Sunbirds’ coach, Thembisile Ngwenya was pleased with the fact that her team concluded their first leg campaign with a win, “I’m very happy and the girls showed up today. They stuck to the game plan and listened to every single instruction that I gave them and that makes me happy.”

Comets’ coach, Wendy Higson summed up her teams’ performance so far, “We have improved in every game in the things that we do. Today, the girls were tired so we going to go back and work on our fitness. It’s been a good learning curve because now they realize that they need to be fit.”

Southern Stings Too Strong for Crinums

The Baobabs defeated the Aloes for the second time this week following another narrow 45-40. Fatigue came into play in this match as it wasn’t the usual fast paced game that we are used to witnessing on court. This was a much-needed win for the Limpopo side who suffered back-to-back defeats ahead of this encounter and have now moved level on points with the Eastern Cape side in Division Two.

The Southern Stings’ attack dominated in their match against the Free State Crinums to win 45-37. The combination between the Stings shooters, Sian Moore and Nichole Taljaard was sublime as they boasted an eighty four percent average at half-time. Stings center, Shannon Bartlett was a workforce in the mid court, working relentlessly to get the ball down to the shooting circle. This was the Crinums second defeat against the Stings, who have certainly raised their hand to be strong title contenders in the competition.

However, Crinums’ coach, Burta de Kock believes her team is very much in the race, “The competition is still on the run as much as we didn’t have a good start. It’s not all about the negative things, there were brilliant moments and good turnovers.”

Meanwhile, Stings coach, Annelie Lucas says focus is key going into the second leg, “I think there is still a lot that we can work on. If you have the game in your hands then you shouldn’t let it slip because sometimes, we just lose focus and if we want to win this tournament, we must stay focus for the full sixty minutes.”

Tornados maintained their number one spot on the log after beating Diamonds 57-44. Tornados grabbed control from the first quarter and forced Diamonds into catch up mode for much of the contest. The Tornados side have been exceptional in the first leg having lost one game so far. Meanwhile, the Diamonds have struggled to find their feet in the competition and will have to go back to the drawing board in order to ensure more wins in the second leg.

Sunday, 12th September 2021, was the last day of the Telkom Netball League first leg. Second leg of the tournament will resume on 9 October in Rustenburg. Fixtures for the second leg are available on www.netball-sa.co.za

Photo 1 Caption: Jaguars continued with their winning ways beating Flames 66-19, finishing the first leg of the Telkom Netball League unbeaten and sitting comfortably at the top of Division One. Photo: Netball SA (Twitter)