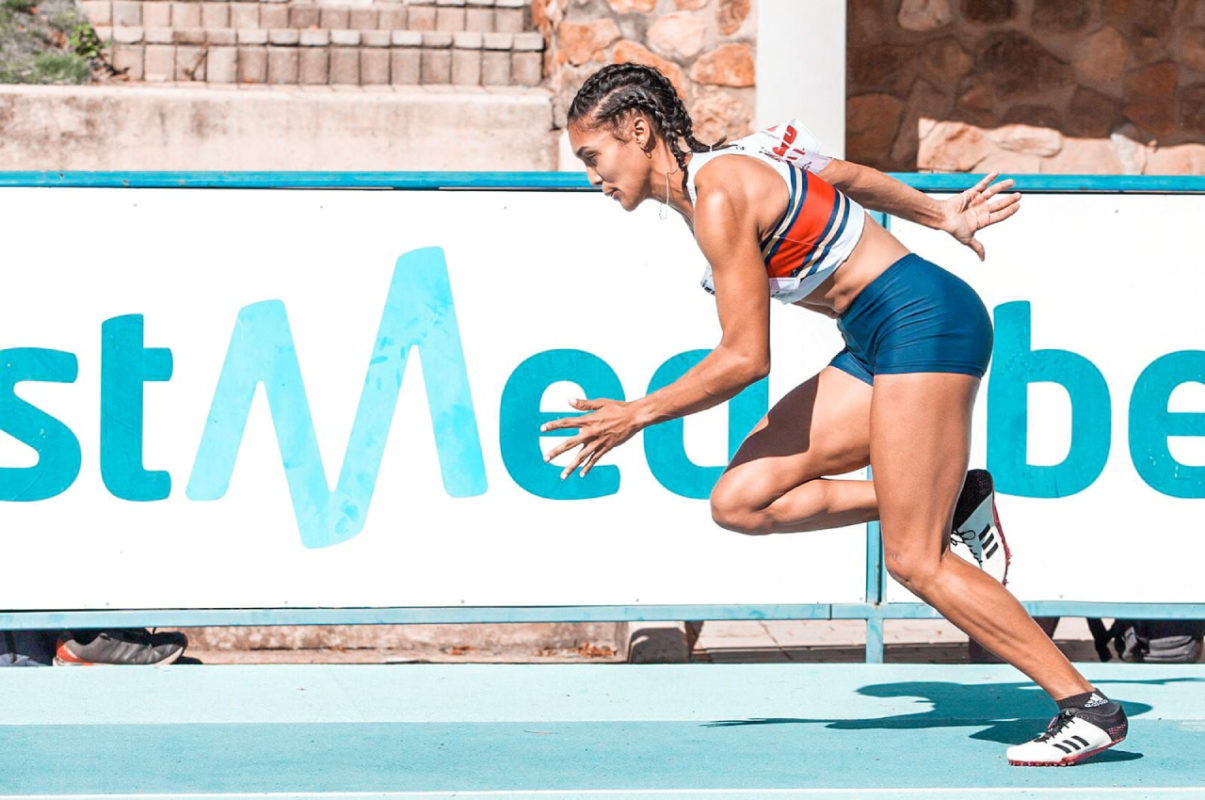 Gezelle Magerman, a 2014 Youth Olympic gold medallist, will participate at this week’s Athletics South Africa (ASA) Senior Track and Field Championship event as she embarks on her journey to qualify for the Olympic Games in Tokyo.

Magerman admits every race is seen as an opportunity to do better and nothing less, as her aim is to be the best version of herself.

Training and preparing for the qualifiers have not been an easy task for the 400m hurdler, however she is grateful to have her award-winning coach, Maritza Coetzee, who has been a positive influence in her life both on and off the track.

The 23-year-old is trusting her process and believes that in future she will reap the rewards of her hard work.

Speaking with Babsie Kutwana, Magerman reveals her ambition to travel the world and represent South Africa on the global stage.

Hi Gezelle, thank you for taking the time to talking to us. It is Olympic year, how has your training  been seeing that the Games are less than 4 months away?

Thank you for having me. Training has been going well. It has definitely not been a walk in the park, but if it was easy then everybody would be doing it. Covid played a big role in preparing for this year’s qualifiers, but I am grateful that my coach is working really hard to get us where we need to be.

The Senior ASA Track and Field Championship is coming up this week from Thursday 15 April 2021. Will you be using this as an opportunity to beat your personal best time to qualify for the Olympics?

Every race is seen as an opportunity to do better and to give your best and nothing less. Someone wise once told me that if you believe in yourself and leave what others think behind then God will open so many doors, that might be the hardest thing for you to do, but if you do, it is going to be your breakthrough and I believe that He gives us opportunities to serve Him and do great things with the talent given to us.

How have your preparations for the Olympics been?

Preparations for the Olympics, phew honestly, we take it step by step. Yes, I have always wanted to qualify for the Olympics. As much as it is a dream, I still have to face reality and prepare. Preparation is going well. My coach believes in all of us and if she believes and God works through her, who am I not to believe?

Who have you leaned on as support to keep you focused and on track with your goals?

To be honest I used to put so much pressure on myself to impress and to prove to others that I am good enough so much so that I lost sight of what the main goal is. Yes, I keep myself accountable for my performance but the person that has been lecturing me, giving me guidance, helping me not just physically but also mentally, emotionally and spiritually and also replaced the roles as a teacher, a life coach, a caregiver and a friend is my coach, Maritza Coetzee. She always says that there is a reason for our paths crossing and I am truly grateful.

Have you experienced any challenges on your journey towards qualifying?

I definitely experienced some challenges on and off the track, but as they say challenges can be overcome.

You have an impressive track record behind your name, does this put you under any pressure to perform?

Lately, I see my track record as what I have done and it is behind me, but it does not define me. I have been at ease for a period of time now and yes it has bothered me in the past but for quite some time I am just doing what I’m supposed to do and trusting the process.

Do you have any pre-race rituals that you do to get ready for the race?

No pre-race rituals really other than an everyday routine, but instead of training, running let’s say 6/7 runs, I only have one run or two depends on the program.

What are looking forward to most once you qualify?

If it is God’s will then I am looking forward to traveling with the team and representing my country on the highest level.

Do you have any career aspirations beyond this year’s Olympics?

My aspiration in life is to be the best version of myself. The best person/athlete that I can be. I would like to qualify for World Championships and travel and explore my sporting abilities. Through athletics I get to go places and see places that I would not be able to if I did not do athletics.

What are your hobbies outside of athletics?

I love spending time with my family and friends.

Photo Caption: Tuks Athlete, Gezelle Magerman, is on a quest to qualify for the Olympic Games in Tokyo. Photo: Supplied