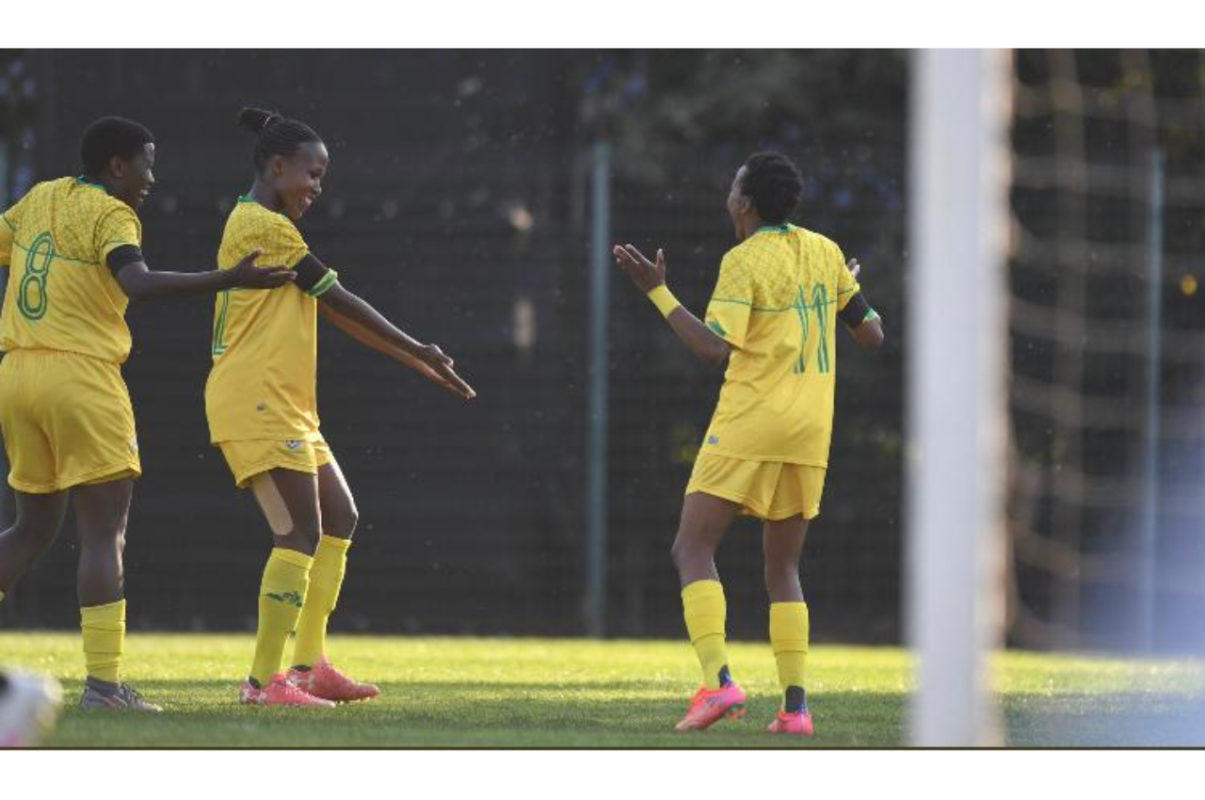 Sasol-sponsored Banyana Banyana made it two wins out of two matches when they beat Botswana 2-0 in an international friendly match at the Wits University Stadium in Johannesburg on Tuesday, 13 April 2021.

This was their second match in three days – on Saturday (10 April 2021) they came from behind to defeat Zambia 3-1 at the same venue.

The Tuesday fixture had a special meaning to it as Botswana previously knocked Banyana Banyana out of the 2022 Olympic qualifiers.

Mamello Makhabane wore the captain’s armband as Dlamini was on the bench.

With nothing to write home about in a tightly-contested first half, the hosts started the brighter of the two in the second stanza.

They were rewarded for their relentless attacks when striker Thembi Kgatlana slammed one home in the 51st minute – she was denied by the evergreen Botswana goalkeeper, Sedilame Bosija, from a certain goal a minute earlier.

This was Kgatlana’s second in three days – she also scored the third goal in the clash against Zambia.

Five minutes later, Gabriela Salgado found herself in the box and beat one defender before sliding the ball past the goalkeeper from a very tight angle to make it 2-0 to South Africa.

The score-line could have been more as Banyana Banyana were dominant against their opponents, but the heroics of Bosija just denied South Africa, the same way she did when they played the Olympic qualifiers.