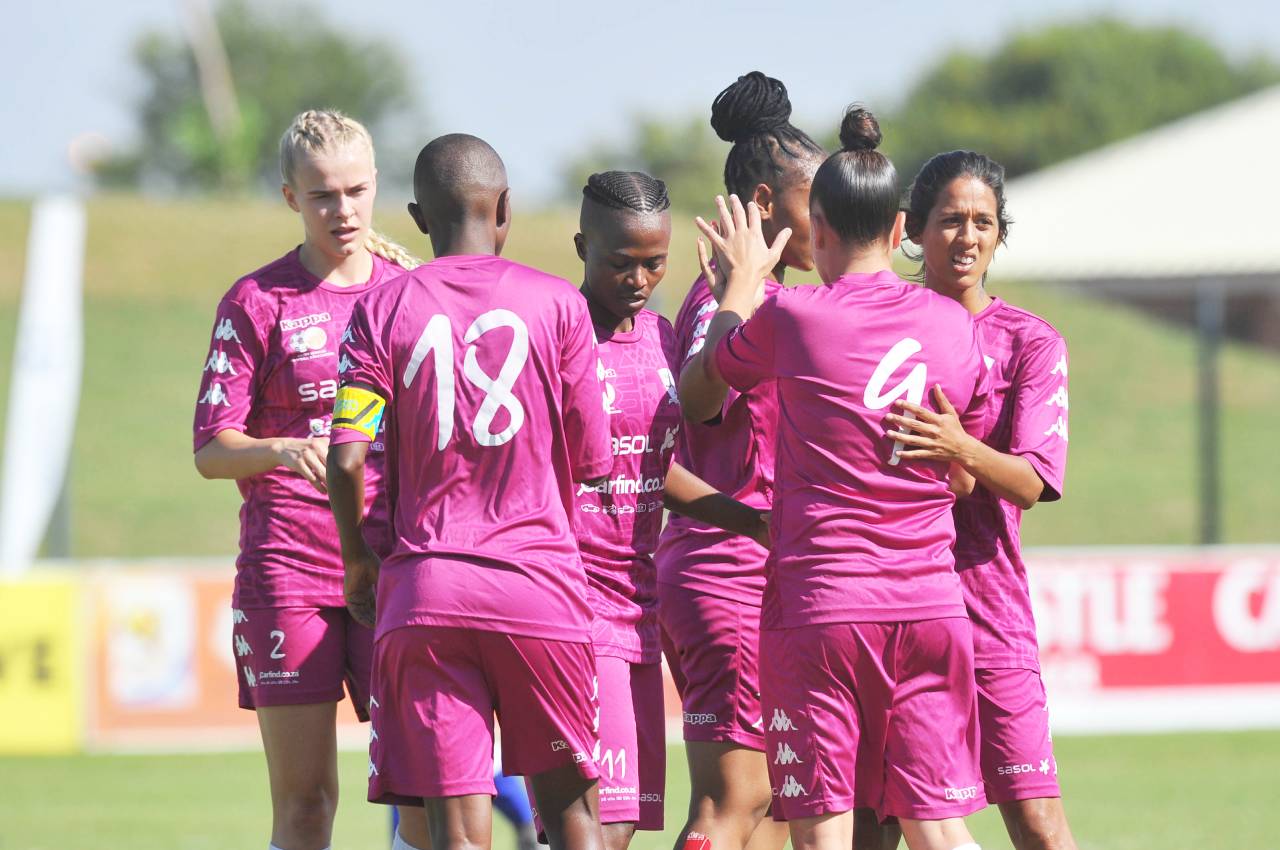 The 2019 Sasol National Championships began on Tuesday morning, 3 December 2019, out in Tsakane, east of Johannesburg with three scintillating matches and goals galore.

The nine provincial champions are here to play for the title of National Champion along with R250 000 and two spots that are up for grabs in the 2020 SAFA Women’s National League.

Royal Queens were the first team to collect three points after beating Mpumalanga’s Nkomazi Ladies 2-0 in the opening match of the day, this was a hard earned win as both teams seemed very compact in the opening half until Queens who hail from the North West managed to dominate the match in the last 30 minutes.

Newcomers Vasco Da Gama from the Western Cape were left dumbstruck by Free State’s Ixias FC, after going into the halftime break leading 1-0 in the second encounter of the day. Ixias FC dug deep and managed to equalize early into the second half from the penalty spot, before scoring a cracker just four minutes later. They went on to earn their first three points of the National Championships with a 3-1 win over the Cape side.

Gauteng provincial champions JVW hosted Eastern Capes Executive Ladies in the last match of the day and went into the halftime break leading 4-0 with Nompumelelo Nyandeni dominating the attack from all sides.

Although Executive Ladies fought hard to get back into the match the score line was very discouraging for the young ladies who went on to eventually lose 12-0 to JVW.

The Sasol League National Championships go into day two on Wednesday, 4 December 2019, where Ixias FC will be looking for their second three points when they host Sunflowers FC in the opening match at 10h30.

Executive Ladies will be looking to dust themselves off their opening lose when they host Limpopo’s Ma Indies at 13h00, while Nkomazi Ladies will also be looking for their first three points when they play against Royal Wizards from Northern Cape.

Photo 1 Caption: JVW players celebrate their 12-0 victory against Executive Ladies in their first match in the 2019 Sasol National Championships on Tuesday, 3 December 2019, in Tsakane, east of Johannesburg. Photo: SAFA.net