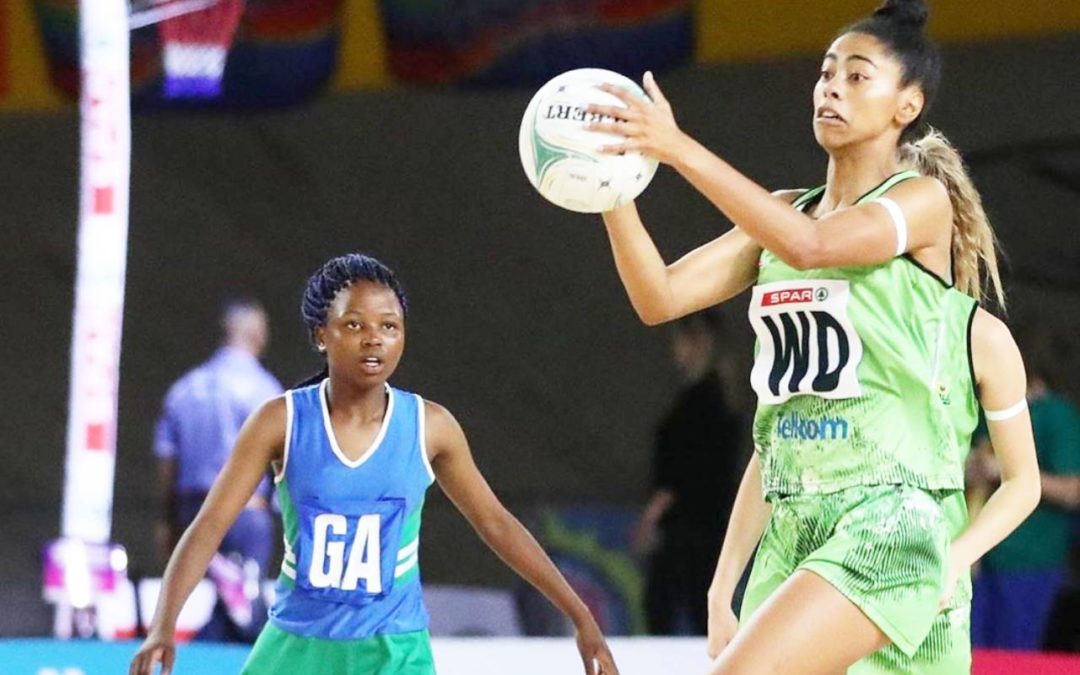 This past weekend – 29 November to 1 December 2019, saw the South Africa U21 netball team take on Lesotho U21 in three matches over the course of three days, as curtain raisers for the South Africa vs England SPAR Challenge International Netball Test Series. The matches took place at the Bellville Velodrome in Cape Town, where the young South African side used home-ground advantage in their favour.

Over the duration of the three days, the Baby Proteas were able to put in solid performances, beating Lesotho 73-25 on day one, 76-21 on day two and 79-22 on day three. Credit to the Baby Proteas shooters who were in fine form, as Venitia Grobler, Rolene Streutker, Danielle van Zyl and Elmere van der Berg took it in their stride to carry South Africa over the 200 goal mark this past weekend.

Although the Lesotho team that were present at the series are still high school learners, one of their stand-out players was fifteen-year old centre, Mamokete Mohlouda, who stepped up to the challenge against her seniors. Lesotho were restricted in their goal scoring opportunities, but she ensured that she was all over the court and helped the ball find its way to the Lesotho net.

For the Baby Proteas, Bianca de Wee and Sne Mdletshe were impressive. Both players played their part in making vital interceptions that saw the side capitalise on their opportunities. Nicola Smith, who has had a slow 2019 due to injury, was also instrumental in getting the ball to the circle where the shooters did the rest.

Stand-in coach Lana Krige can take a lot of positives from her side’s strong performance as their tenacious execution could prove to be fundamental in their preparations for what’s to come in 2020.

Photo 1 Caption: The SPAR Baby Proteas team pulled off a clean sweep of victories against Lesotho during their test match series from the 29th of November to the 1st of December 2019, at the Bellville Velodrome in Cape Town. Photo: Reg Caldecott