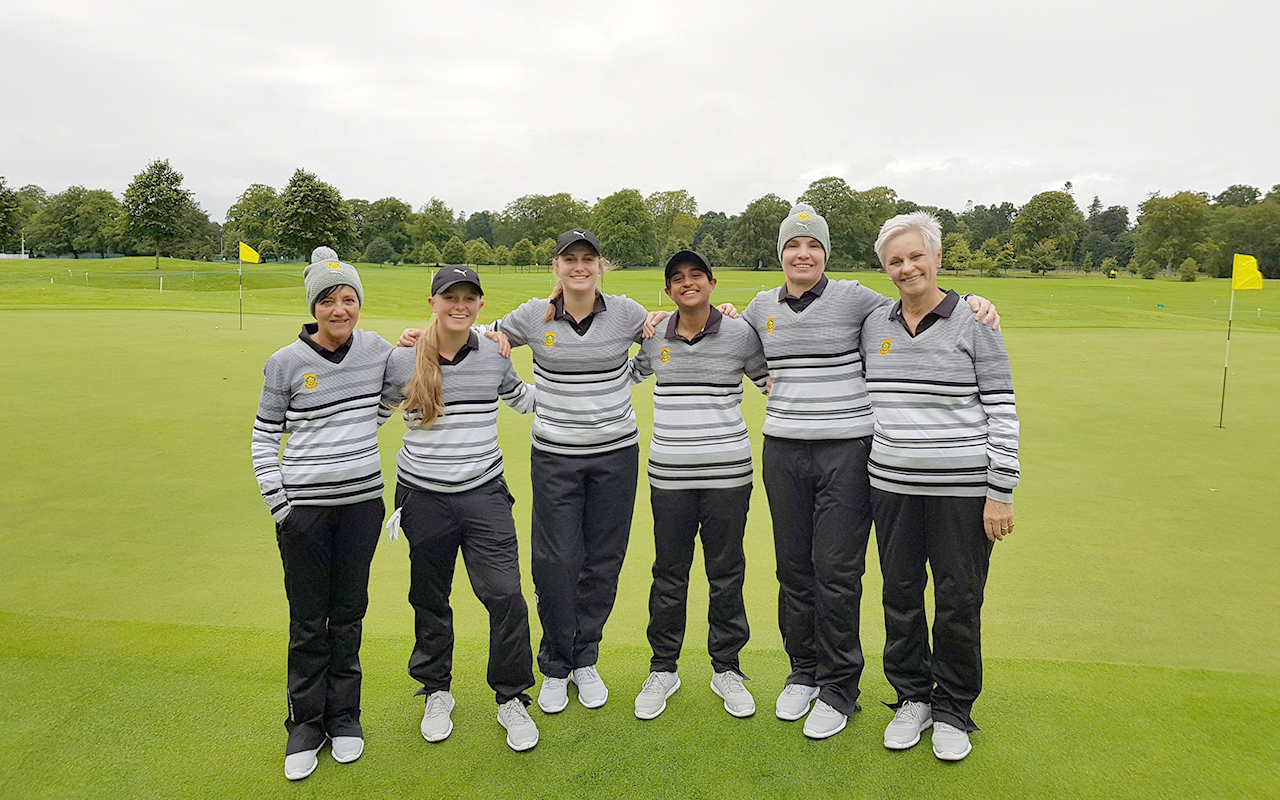 All eyes in the world of South African amateur golf will be Kajal Mistry, Caitlyn Macnab and Kaleigh Telfer when the GolfRSA trio join a host of international teams for the first round of the Espirito Santo Trophy at Carton House Golf and Spa Resort in Maynooth, Ireland.

The trio hope to win a second World Amateur Team Championships title for South Africa in the 72-hole team event, following the country’s first and only success in 2006.

Macnab said the feeling in the camp is one of quiet confidence.

“Kajal and I have spent the last two weeks preparing for this moment and since Kaleigh joined us, the excitement has been building,” said 16-year-old Macnab, who tied for third in the stroke play qualifier for the recent Girls British Amateur Open Championship and reached the third round in the match play stage at Ardglass Golf Club.

“Kaleigh played in 2016, but Kajal and I have dreamt about this moment for years.” – Caitlyn Macnab

“It’s such a great honour for us to represent South Africa at such a fantastic event that is run incredibly professionally.”

Mistry added that the team have prepared well for the four rounds ahead, especially since the arrival of GolfRSA Elite Squad national coach Val Holland and team physiotherapist Sandra Winter in Maynooth.

“Kaleigh has been hard at work at Auburn University, while Caitlyn and I have played a lot of golf since we arrived for the Girls British,” said the 17-year-old Randpark golfer. “Our preparation has been intense and having Val and Sandra join us in Maynooth has pushed it up another level.

“We had two great practice rounds and we are really excited to get the tournament underway and settle the nervous energy ahead of the first round.” – Kajal Mistry

Telfer, a member of the team that tied for 25th in the 27th edition of the Espirito Santo Trophy in Mexico, believes competing against the best in the world will give the youthful side an added boost once the tournament gets underway.

“Nothing beats that feeling when you see your country’s flag fly among all the other flags and the butterflies when you step up to the first tee for that opening shot,” said the Bryanston golfer.

“We all feel incredibly honoured to have been chosen to represent South Africa and we’ll give it everything we’ve got.” – Kaleigh Telfer

“A lot of things can influence your game on the day, but we are determined to play for each other and post the best scores possible over the four rounds.”

The world’s most prestigious biennial team competition is held under the auspices of the International Golf Federation and rotates among three geographical zones of the world, including Asia-Pacific, the Americas and Europe-Africa.

A record total of 57 teams have entered the 28th Espirito Santo Trophy, including Lebanon making its debut in the World Amateur Team Championship. This surpasses the previous mark of 55 in Mexico.

The Republic of Korea is vying to become the first team to win consecutive titles. The defending champions have won three of the last four Espirito Santo Trophy Competitions (2010, 2012 and 2016) and stand second on the list of gold medals won to the USA (13).