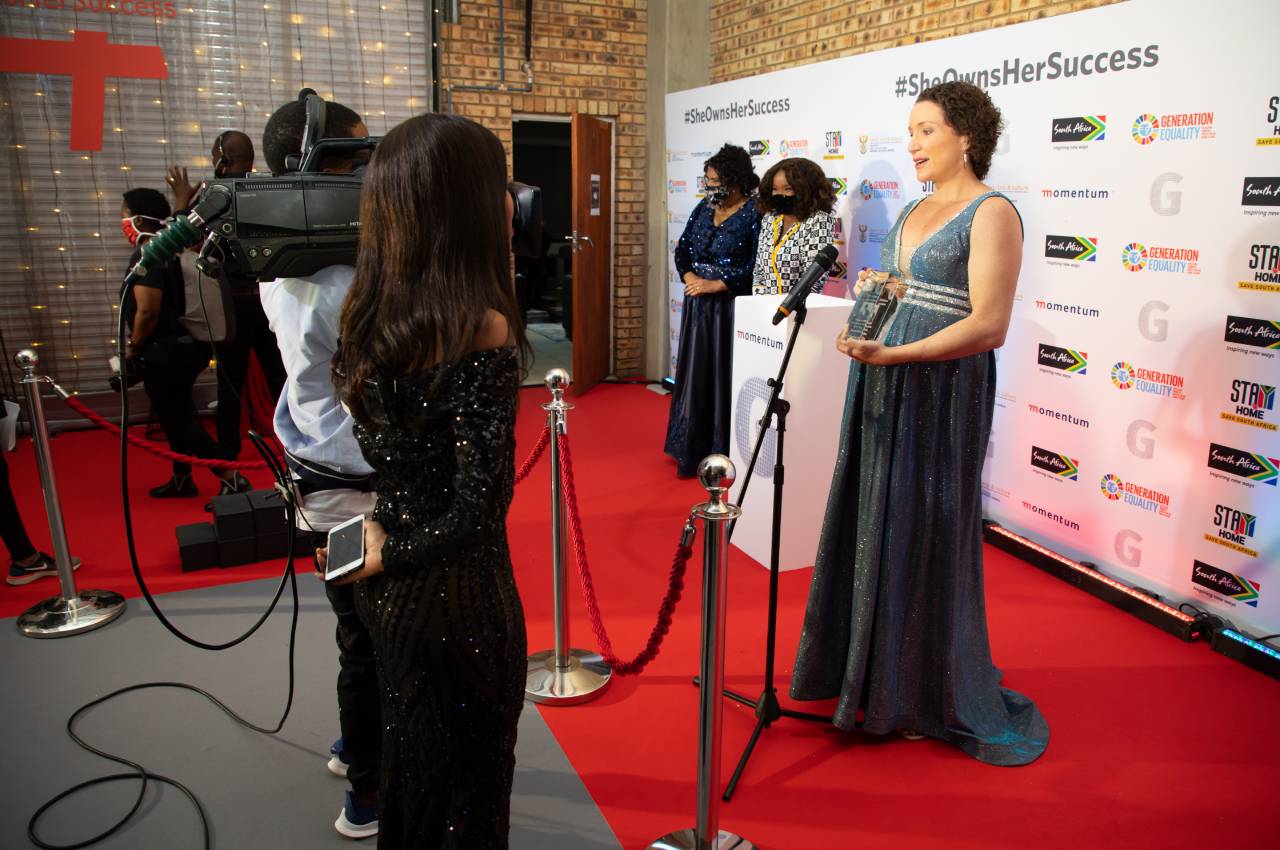 Momentum Athlete of the Year winner, Hayley Nixon, describes the past week as one filled with overwhelming support from the public after 27 women in sport were honoured at the 15th edition of the Momentum gsport Awards.

On Monday, 31 August, we rolled out the red carpet under strict Covid-19 regulations at Vision View Productions to honour the achievements of women in sport over the past year.

“It has been a week full of overwhelming support and love on social media from friends and family all over the world,” revealed the World Surfski Champion.

“It has been hugely uplifting to receive so much encouragement and to know that so many people were happy to see I could top my career with this accolade.

“I think even more important is the fantastic interest the award has sparked in the sport of surfski and in our federation – Canoeing South Africa.” – Momentum Athlete of the Year, Hayley Nixon

“I think even more important is the fantastic interest the award has sparked in the sport of surfski and in our federation – Canoeing South Africa, and this will have long lasting effects and hopefully see more people get involved in surfski and support the sport!” Nixon continued.

“That’s what we want: growth and support of our sport, and more children and women paddling.

“So, a big thank you to the Momentum gsport Awards and to all the media houses who have contacted me for comments and career stories!”

Joining Nixon as a winner on the night, Banyana Banyana head coach, Desiree Ellis, bagged the Coach of the Year accolade, dedicating the recognition to the women’s national football team.

“It was a rollercoaster week! A lot of interviews, congratulatory messages but you know, as coaches, we don’t do things for awards although it happens when the team does well, and I’ve accepted it on behalf of the team.

“This shows that we are on the right track,” Ellis continued.

“I must say, everyone was rambling about the awards itself and it must have been fantastic putting it together because I thought it look really amazing on television!

“A big thank you to gsport, Momentum, the Department of Sport, Arts and Culture and everyone else involved.” – Coach of the Year winner, Desiree Ellis

“A big thank you to gsport, Momentum, the Department of Sport, Arts and Culture and everyone else involved. It was amazing and you made us feel so special.

“People complimented my outfit, how beautiful I looked, my make-up, hair and everything. So, thank you gsport for making us feel really special.”

The limited guest list afforded the ladies in attendance the opportunity to mingle and share their women in sport experiences, leading to new relationships being formed as the women have shown incredible support for one another after the ceremony.

“Doing radio station interviews gave me the platform to not only talk about my win but women’s sport as well.

“Appearing on the front page of the Sunday Tribune Herald, is a BIG DEAL and a win for women sports. People are noticing us women in sport and that is what we have been aiming for.

“gsport15 Winners have totally owned social media this week. There is so much more to come for women’s sport.” – Brand South Africa winner, Selina Munsamy

“#gsport15 Winners have totally owned social media this week. There is so much more to come for women’s sport and I’m so glad to be part of it.”

“Oh wow, it’s been an amazing week! It still feels so unreal indeed.

“The support and words of encouragement I’ve received thus far to continue to do the work we are doing has been amazing. Thank you gsport!” Mabaso concluded.

Here are some interviews our winners took part in over the past week:

A surfer, a soccer star, a social media guru, a cricketer, a physiotherapist and a gymnast walk into an awards ceremony…and emerge victorious at the 15th edition of South Africa’s prestigious @Momentum_za GSport 4 Girls Awards.#capeat6sport
📸: @gsport4girls! @SportArtsCultur

Stay tuned to gsport on all of our social media platforms (@gsport4girls on Twitter, Instagram and Facebook) as we will keep you up to date about our winners who are engaging in interviews across various media platforms!