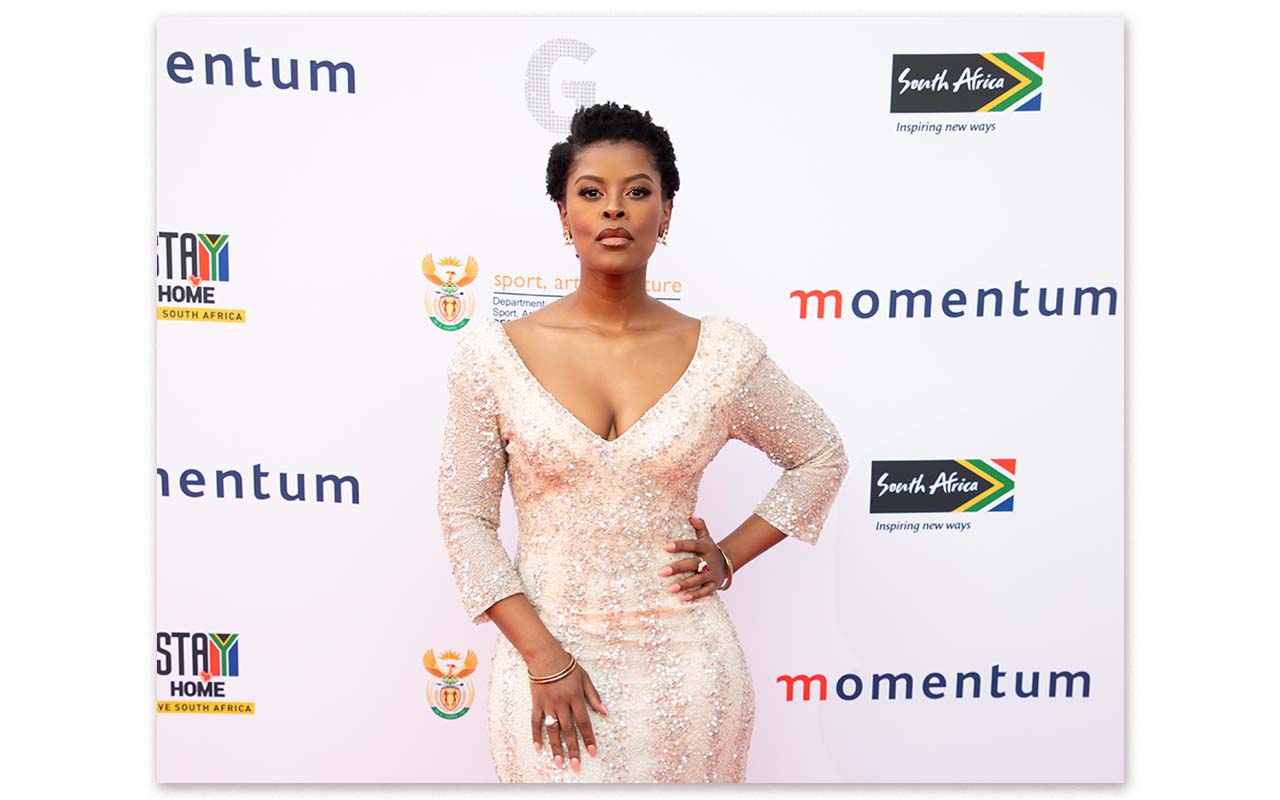 Five former winners have been assembled to make up the Presenter Squad for the 2021 Momentum gsport Awards celebrating the Power of Recognition in the 16th edition of Africa’s longest running women’s sport recognition platform.

The #gsport16 event, which will premiere on SuperSport on 31 August, will be hosted by two-time Woman in Television winner, Motshidisi Mohono, who is widely regarded as the Face of Rugby in South Africa.

Mohono is thrilled to lead the #gsport16 Presenter Squad: “For years I have watched and celebrated other women who graced the stage, they have been so brilliant as MCs and to be chosen as a host at the helm of the awards this year is a cherry on top and a tick on my bucket list. I’m short of words to describe what it means to be part of a celebration of women in sport be it administrators, athletes, managers, fellow broadcasters, social media and every woman who is involved in sport.

“To be leading that party, that celebration of our hard work, our femininity, our differences and our accolades means the world to me. I am so happy and honoured to be part of this year’s awards and I cannot wait for the party to begin.”

eNCA’s Hloni Mtimkulu, also a former Woman in TV winner, will be the Flash Interview host, boldly telling the stories of the winners as she helps them own their success the night.

Honoured to be at the Forefront of Honouring Women in Sport

Mtimkulu says she cannot wait to be part of the #gsport16 celebration: “Winning the Woman in TV award in 2019 meant so much to me, not only because of the money but because the Momentum gsport Awards are a celebration of your work by fellow colleagues in the sporting fraternity, so I cannot wait to be the one at the forefront of celebrating these women and their incredible work.

“To be part of the Presenter Squad validates so much of talent and work, the team last year did such an amazing job and being on the stage has done so much in elevating their talent and careers. The Momentum gsport Awards stage is magical and I cannot wait for us to create our own magic this year.”

Cindy Poluta, 2015 Woman in Radio winner will be welcoming all the VIP guests in their glitz and glam on the VIP red carpet.

“I am so thrilled to get this opportunity, it’s one thing to tell stories of women in sport through media channels and it’s completely another to pat them on the back live as they get their flowers for the incredible work they do. In the midst of a global pandemic, after a year of seeing so many women in sport conquer the world, we deserve a bit of safe fun and celebrations where we could all come together and cheer each other, validate each other and honour the excellent achievements that we have witnessed or achieved in the past year. I cannot wait to see women in sport out of their uniforms and in their glamorous gowns. We all know, the Momentum gsport Awards red carpet is never short of glamour.”

Keeping the audience entertained and glued to their social media pages will be the ever so enthusiastic, 2020 Woman in Social Media winner, Jo Prins.

“Winning a Momentum gsport Award in the Woman in Social media category changed my life. It opened so many doors and has escalated my passion and the work that I do in the sporting industry. I am even more honoured to be part of this year’s Presenter Squad. When I got the news, I was shocked at first, but I soon realized how massive of an opportunity this is. This is a reaffirmation that I am seen, my work is recognized and valued and that my talent and passion have a place in the industry. I cannot wait to create magic with the rest of the hosts and make beautiful memories.”

Her commanding voice and passion for telling stories of women in sport won her the 2020 Woman in Radio award. This year Itumeleng Banda’s voice is the “Voice of God” for the #gsport16 awards.

“Just the thought of being a Voice of God alone gets me so ecstatic. If you know me, you know how much I love doing voice overs and using my voice to impact lives. I have now been given the opportunity and the platform to use my voice as we celebrate women who are doing phenomenal in sport. I am thankful that gsport has taken a shot on me and I promise you it’s going to be super fun. I cannot wait to be part of the phenomenal squad of presenters that has been assembled for this year.”

gsport Founder, Kass Naidoo, said: “As an initiative, we believe that owning your success at the Momentum gsport Awards should be the start and after that you become unstoppable. It is an honour to celebrate the power of recognition this year by having former award winners champion the celebration in a stellar Presenter Squad.”