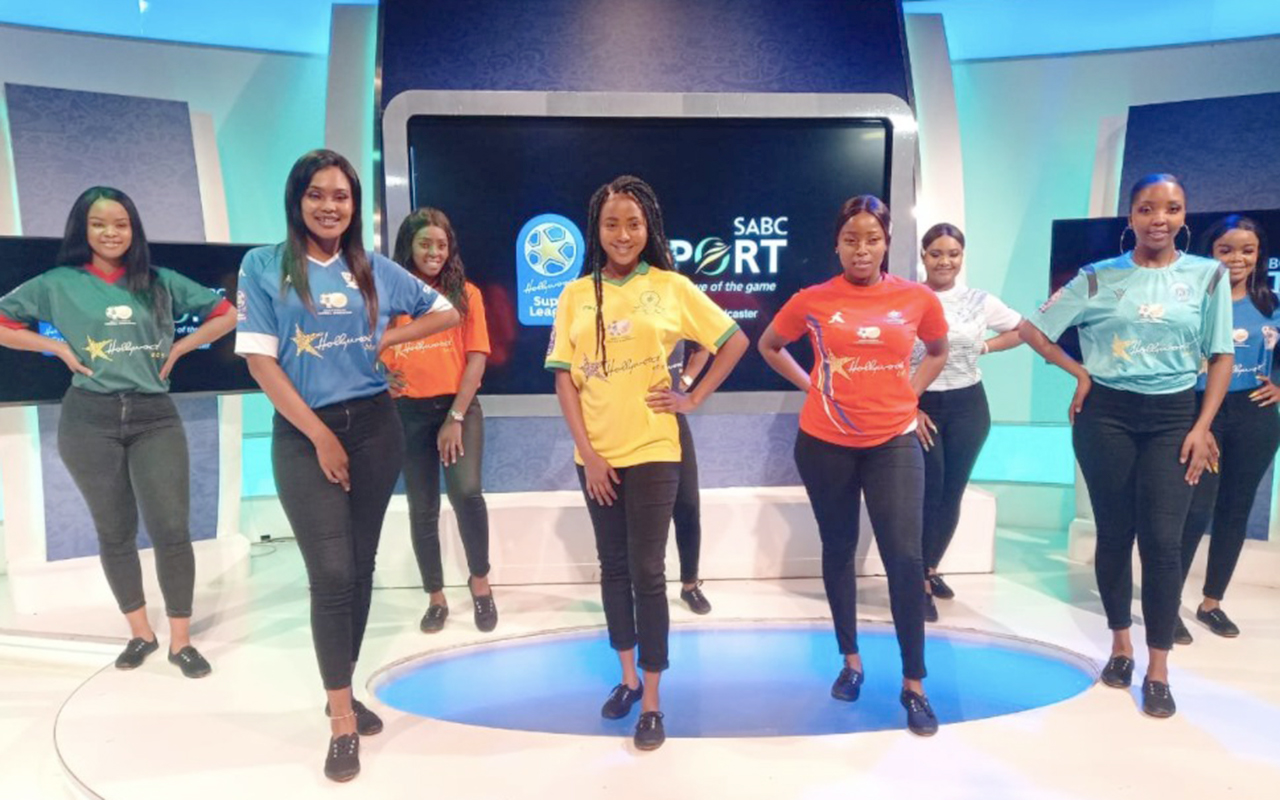 Players, sponsors, administrators and supporters of women’s football have given the new partnership between Hollywoodbets and the South African Football Association (SAFA) the thumbs up after South Africa’s leading sports betting operator were announced as the title sponsors of the 14-team SAFA National Women’s League.

This exciting development comes after giant leaps made by Banyana Banyana and the Sasol League over the many years and is set to power the South Africa’s women’s football scene to new heights.

Coaches and administrators are also set to benefit through workshops, where they can sharpen their skills to help bridge the gap between grassroots soccer, top-flight football and the national team.

“This investment will further help us to strengthen the clubs in order to accelerate the growth and development of professional women’s football.” – SAFA President Dr Danny Jordaan

SAFA President Dr Danny Jordaan lauded this momentous development saying it will help most of the aspiring women footballers realise their full potential. Women’s football was growing in leaps and bounds across the country with the number of women participants in the sport heading towards the 1m mark. The partnership with Hollywoodbets will definitely expedite the massive growth of football among women participants.

“For the first time, the National Women’s League has a commercial partner. This investment will further help us to strengthen the clubs in order to accelerate the growth and development of professional women’s football in our country.”

“To Hollywoodbets, we welcome you as a partner. Thank you very much, this is a great day for us, for the players, for women’s football in South African. We are really excited about this collaboration which we think is definitely a game changer,” added Dr Jordaan.

According to BMI Sport Info, the rate of change in women’s sports – both on the field, as well as now commercially in the boardroom, is one of the most exciting trends in the sports industry right now. For rights holders, brands and the media, this represents a chance to develop a new commercial proposition and engage fans in a different way.

“Financially, this relationship will help our women footballers. Many will now see football as a professional entity.” – SAFA CEO, Advocate Tebogo Motlanthe

SAFA CEO, Advocate Tebogo Motlanthe agrees, and believes the Association’s new partnership with Hollywoodbets will galvanise women’s football in all aspects. “The numbers are set to skyrocket and financially, this relationship will help our women footballers. Many will now see football as a professional entity, and we will see an increase of players going overseas to make a career out of football. With Hollywoodbets having occupied such a critical space, football among women players will never be the same, according to the CEO.

“We must also thank our broadcast partners, the SABC who share our vision in elevating women’s football. Without doubt, this is to date the single largest media platform provided to Women’s sport in South Africa,” added Adv Motlanthe.

“Visibility and investment go hand in hand. Ultimately, the Hollywoodbets Super League will only be sustainable long term if we can reach more viewers and gain awareness through greater access to watching on TV. Not only will this partnership help grow the reach and associated following, but it will become a critical enabler for the league and its clubs to attract greater sponsorship deals and broadcast revenues, which ultimately is where much of the men’s money now comes from,” concluded Adv. Motlanthe.

Sandisiwe Bhengu, Hollywoodbets Commercial Manager said, “It is obvious that South Africa has a deep well of untapped talent. This partnership will spearhead the path to a professional women’s league befitting these rising stars. Sports development lies close to our hearts, so this collaboration aligns perfectly with our goals. We look forward to working together on even more impactful community projects.”

The winners of the #HollywoodbetsSuperLeague will take home R2-million and runners-up R1-million. The rest will receive R150 000.

Women in football and supporters of the beautiful game welcomed the news on social media:

One step at a time for women's football in South Africa. ✨👏🏾

Massive thanks to @Hollywoodbets for believing in the growth of the womens game. This Is exactly the boost we needed to get to the next level 💜🙌#Gamechanger https://t.co/nBJoSlPyRN

Congratulations to @Hollywoodbets for coming on board women's football. Together we will take the game forward and to new heights. Well done to @SAFA_net for securing this deal for the women, this will go a long way in improving women's football in 🇿🇦@SasolLeague@SasolSA

A big shout out to @Hollywoodbets for the Super League sponsorship deal ..It is indeed a step in the right direction👏💯