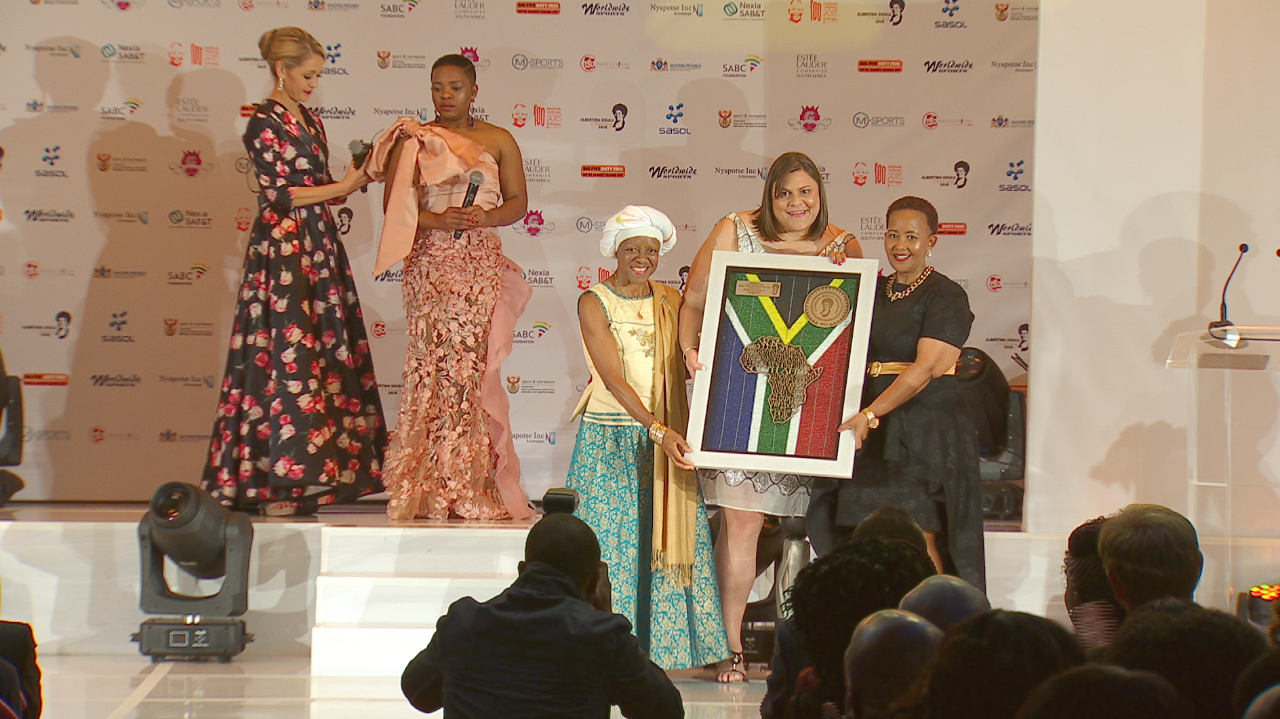 It’s usually a rush to push out as much gsport Awards red carpet coverage as soon as possible, but that was not the case this year. There was something different in the air. A newness of sorts…

Congratulations to all the winners at the #GSport13 Awards ??@Kass_Naidoo It is always a pleasure partnering with you & the @gsport4girls team for this spectacular Awards show aimed at the empowerment of women in Sports ?? pic.twitter.com/3jbQhXWld8

I can’t think of one particular moment that stood out at the 2018 gsport Awards, but it was special and those who attended – as well as others who watched live online – insist that 2018 brought the best gsport awards since Sport and Recreation South Africa partnered it back in 2015, to elevate this platform of recognition on a national stage.

Click here to read the press release featuring all winners, and find links to all #gsport13 material on gsport.

Celebrated athletes Natalie du Toit and Blanche Moila honoured Tokozile Xasa on behalf of South Africa’s women athletes as the country’s first-ever woman Minister of Sport, and the hand-over of a framed version of Nkosi Sikekel’ iAfrica set the tone of emotion and gratitude ahead of an evening of recognition.

I didn’t win the main award but I am so grateful to be recognised in the industry and for the work I do. And I will continue my quest to elevate the profile of women in sport. #gsport13

What made it so special? From where I sat, it was clear. Women who had never been recognised before were finally being given their just rewards.

The acceptance speeches said everything about the need for women in sport to be honoured and for future generations to have icons and role models to look up to.

Thelma Achilles, who was inducted into the gsport Hall of Fame, urged women to stand up for each other – “gsport, you made it happen!

It was always words that women are supposed to be females of strength, but you made it happen. I want to say to the women, when you are in the boardroom, be the voice, be the hand, be the support to our girl child.”

But I had seen this before. I had watched this unfold at twelve prior editions of the Awards, and yes, once again, the moments were magical, and the speeches were incredibly moving …

But something else happened last Friday night.

For the first time in the history of the Awards, women in sport with disabilities were properly feted on the red carpet, on stage, and in trending social media coverage of the event.

What a great evening it was, a celebration of phenomenal women in sport and the great strides they continue to make.
Thank you @gsport4girls @KassNaidoo for entrusting me with red carpet duties for the night. Truly one for the memory bank. ?#FBF #gsport13 https://t.co/Od2muqXjxn

On this memorable night, and in a mark or honour to celebrate the Albertina Sisulu Centenary, leading SA sportswomen with disabilities were honoured with Special Recognition Awards for their courage to come through trying circumstances and achieve at the highest level.

gsport celebrated its first Athlete with Disability winner – Paralympic swimming phenomenon Natalie du Toit – in 2012, but this was the first time when a host of women were lauded on the gsport stage.

The 2018 gsport Awards may have concluded Women’s Month but it started something special for the gsport team, as we commit to continue shining the spotlight on women in sport and sport for the disabled over the next three years.

A big thank you to SABC Foundation for partnering gsport to tell powerful stories of women in sport with disabilities, this association is already paying dividends with a number of SABC platforms contributing significant airtime to this cause.

The elevation of the gsport Awards into a national platform of recognition would not have been possible without the partnership with Sport and Recreation South Africa since 2015.

Proud to be able to do our part in promoting the amazing achievements of South Africa’s women in sport as auditors of the #gsport13 awards. #CloserToYou #Herstory pic.twitter.com/B6RxAYZjeA

The annual gsport Awards which was a small morning event, was suddenly thrown into the spotlight, and has converted into a leading red carpet sensation through the support of Kenetswe Mosenogi and her SRSA team.

Every year, gsport outdoes itself, and a lot of the credit must go to M-Sports Marketing and TSO Productions for ensuring a stunning, seamless and thoroughly enjoyable event experience.

And this year – in a first – the Awards was broadcast live online in video at Vision View’s Youtube account and on gsport’s Facebook account, and in audio via the Vision View streaming sports radio. This coverage, when combined with the strong social media interactions, saw the hashtag #gsport13 trend within 5 minutes of the start of the Awards, and continue to feature in the leading ranks for the next 48hrs.

So, how does gsport host its “Best Ever” Awards event in tough economic times, and without a title sponsor? It relies on a growing neighbourhood of support.

Thank you to all for the amazing support!