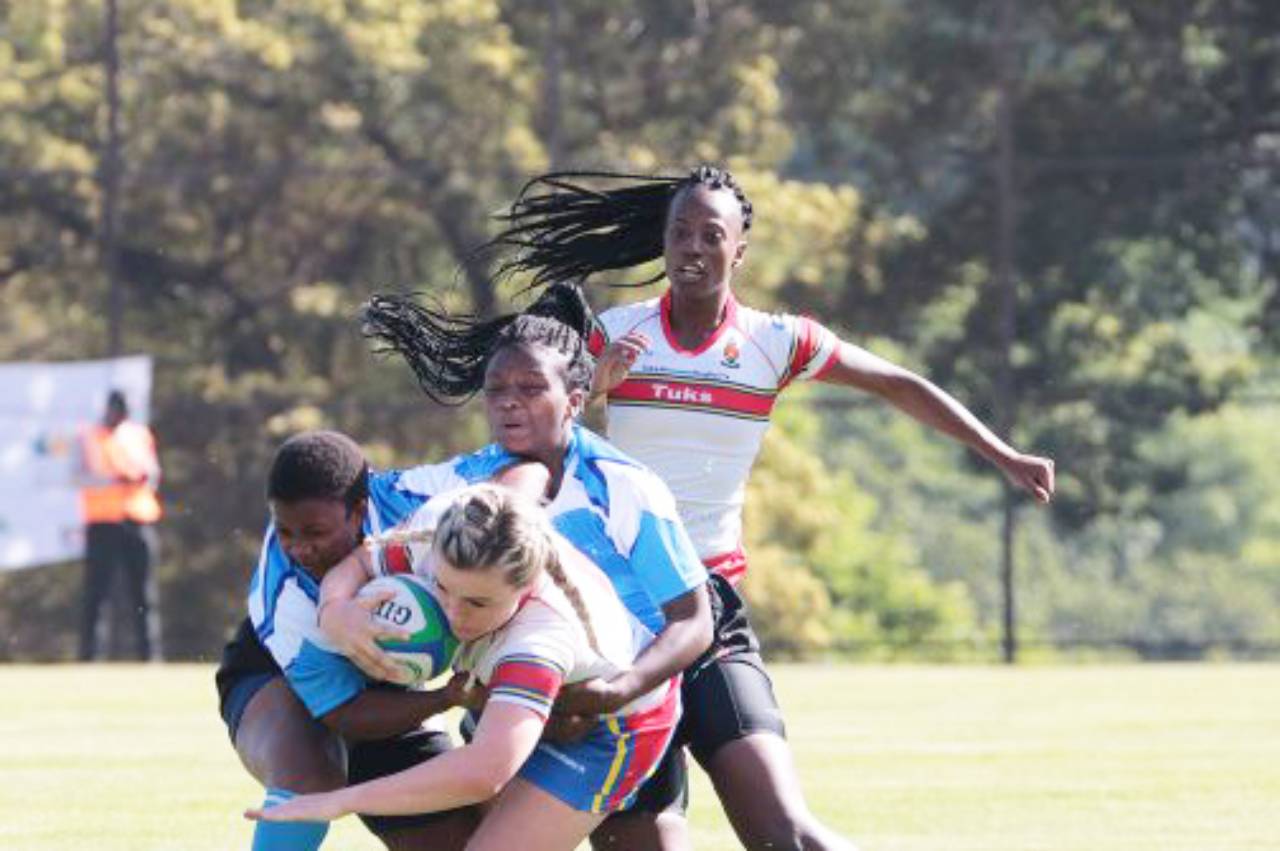 UP-Tuks Sevens player Rumandi Potgieter is a contender this coming weekend to join a small group of student-athletes who have won Varsity Sports tournaments in two different codes.

In 2017 Potgieter was part of the Tuks netball team who won Varsity Netball for the first time, having also tasted USSA success with the Stripe Generation’s netball squad.

However, Potgieter recently decided to switch to catching a different sized and shaped ball and has taken to it with aplomb. Over this past weekend, the 22-year-old made her debut for the Delta Drone-backed Tuks sevens team which won the USSA Tournament at Wits. She even scored a try to the delight of her new teammates.

The Tuks team is hoping to be victorious again when competing at the inaugural Varsity Women’s 7s tournament over the weekend at Pirates Club in Greenside, Johannesburg.

“She debuted at scrumhalf during the USSA Tournament. At first, Rumandi battled to understand the defensive lines, but she quickly caught on. Her ball-handling skills were terrific.”

Potgieter, meanwhile, admits that making her sevens rugby debut was a bit like “fools rushing in where angels fear to tread”.

“I did make mistakes, and I knew in doing so that I was frustrating my teammates, but to their credit, no one criticised me. They only praised me when I did something right. That helped me to gain confidence.”

Potgieter is not too fazed about the prospects of getting bruised on the rugby field.

“It is said that netball is not a contact sport, but having played goal attack, I can vouch for it that things tend to get rough on a netball court.

“Getting to tackle an opponent was the one thing that presented itself as somewhat of a challenge to me. There are so many things going through one’s mind when an opposition player is running at full speed towards you with the ball in hand.

“It was like is the player going to pass the ball? Should I commit to the tackle? If so, how should I execute the tackle? Then you realise that if you don’t tackle there is a real chance that the player can score. Then you go for it.

“In netball, passing a ball is easy. In sevens rugby, it tends to be more challenging, especially when you’ve got someone hanging onto your back and someone else grabbing an arm.”

According to Potgieter, who is studying law, she will always be passionate about netball, but when she commits to a new challenge like playing sevens rugby, she gives 100 percent.

“I want to be the best I can be as a rugby player and see where it takes me.”

Tickets to the #Varsity7sFest on 4-5 October 2019 at Pirates Club, Greenside can be purchased via the Varsity Sports App (iOS and Android) or here: https://varsitysportsa.plankton.mobi

Photo 1 Caption: UP-Tuks Sevens player Rumandi Potgieter has taken to rugby with aplomb after her successful stint with the university’s netball team during the 2017 Varsity Netball campaign. Photo: varsitysportssa.com